4 Secrets That Men Are Keeping From Women

Here's what relationship therapists, psychologists, and other experts say about the secrets that men keep...and why they can spell trouble for a marriage. 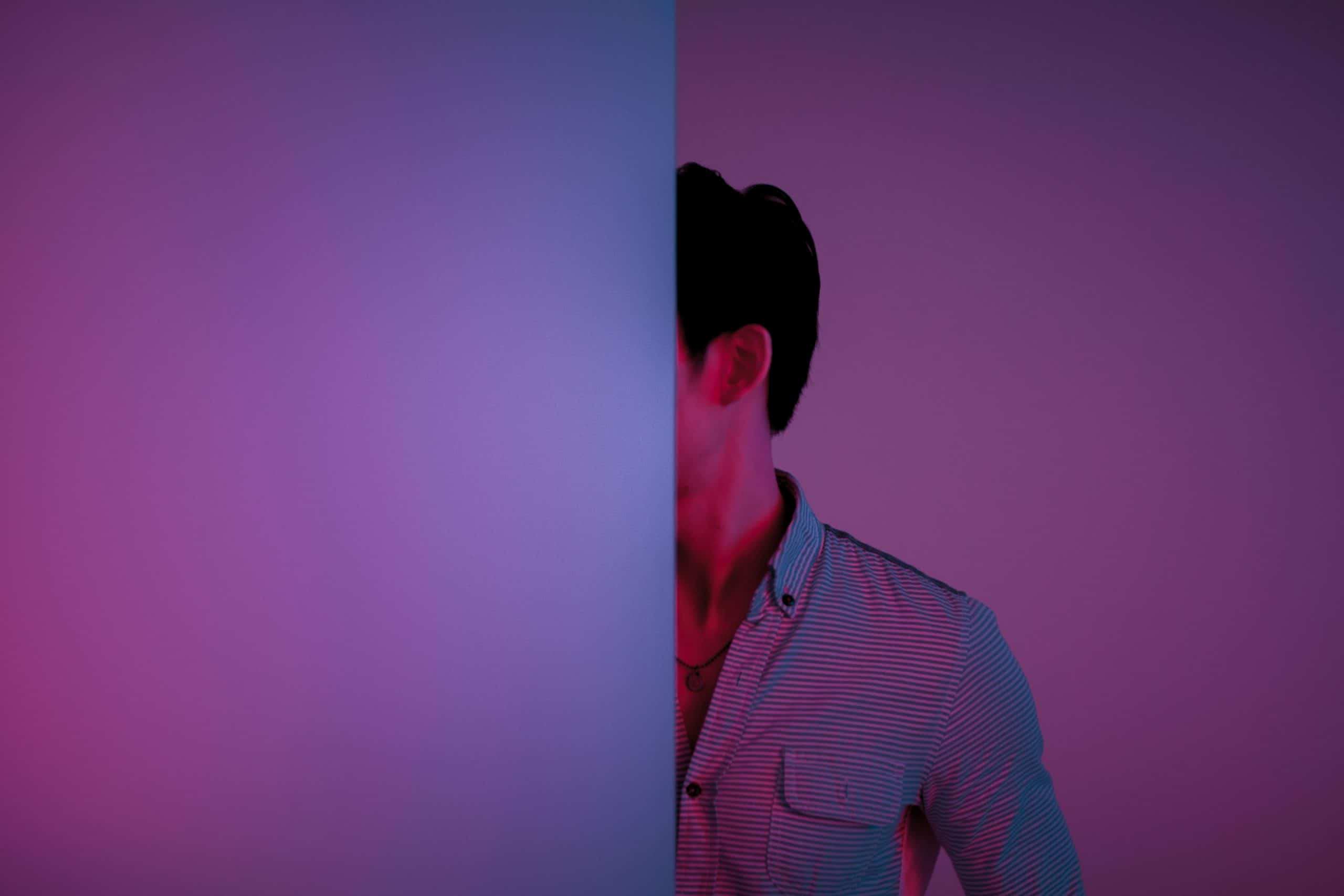 Honesty is an important element in any relationship…but it’s not always easy to tell the truth. The average person holds onto about 13 secrets, according to a study from researchers at Columbia Business School, which certainly isn’t beneficial for our mental health; the study also showed that people displayed physiological signs of stress when actively concealing their secrets. For a couple, secrets can be even more damaging. Both men and women are more than capable of romantic subterfuge, but women tend to be slightly more honest than men, per the National Honesty Index Survey. Meanwhile, men tend to keep more secrets, says a Totally Money poll. In some cases, keeping secrets makes sense—you probably don’t need to tell your partner that they’ve picked up a few extra wrinkles over the years, for instance—but other secrets can eventually damage a relationship. We spoke with several dating experts, therapists, and psychologists to find out about the secrets that men frequently keep from women (and how those secrets can eventually cause huge issues).

According to a CreditCards.com report, one in five Americans have spent $500 or more on purchases without their partner’s knowledge, and about 7.2 million Americans have hidden money from their spouses. Bonnie Winston, a matchmaker and relationship coach, says, “Money issues are one of the top reasons that break relationships up.” Winston told us about one couple’s especially toxic financial habits. “One couple I set up were both over spenders,” Winston says. “But what was worse was that they hid it from one another. The husband who was a contractor bought a cherry red conspicuous Cadillac and parked it on nearby streets in the community instead of his garage, [accumulating] thousands of dollars in parking tickets.” “His wife spent over $200,000 a year on designer bags, jewelry, shoes and clothing. As they lived in a McMansion, she actually took one of their 10 bedrooms in another wing and turned it into a large closet, keeping it completely off limits from him.” While both men and women fib about their bank accounts, Dr. Caroline Madden, a licensed marriage and family therapist, believes that men are especially prone to keeping financial secrets in order to project strength. “Men will keep [this] secret if they are struggling to pay the bills,” says Madden. “This happens even within a marriage. He is embarrassed and doesn’t want to worry his wife. He really thinks that he will be able to pull it all together and save the day. This comes as a shock to the wife when her credit cards are declined and the house is being foreclosed on.” For men, transparency can be difficult at first. However, building a budget can help both partners build financial stability, which is a key component of a healthy marriage.

2. Many men fake interests, at least at first.

“Many guys will suddenly become interested in what the girl he likes is interested in—music, foods, movies, etc.,” says certified counselor and author David Bennett. “In reality, he may not really like them that much, but feel like it’s an in to get a date. Many men do this early on in a relationship, and eventually turn into their true selves.” This is a problem, since this type of secret relies on misleading a partner. That’s not a great way to start a new relationship, especially considering that research shows “practicing” a lie might eventually lead to more lies. In a study published in Nature Neuroscience, researchers found that the human brain adapts to the process of dishonesty. Little lies feel bad, but over time, the negative emotional feedback all but disappears, allowing a person to repeat lies without feeling bad. “The amygdala responded a lot the first times people lied, but it went down over time,” lead author Neil Garrett told National Geographic. “We think this is the first empirical evidence that lying escalates.” That’s the potential danger of these little white lies; while a man might stretch the truth in the first few weeks of a relationship to impress a potential partner, his brain can get used to the process of lying. While that’s a pretty scary scenario, it isn’t the worst thing we’ve heard about guys, love, and lying. Amber Madison surveyed more than 1,000 men while writing her book Are All Guys A**holes?, and her results don’t paint a very flattering picture of masculinity. Thirty-five percent of the men Madison surveyed said they would lie “about the degree of commitment they were willing to offer a girl in order to sleep with her,” she wrote, as quoted by Jezebel. Is there any better proof that lies and romance go together like oil and water?

3. Men (and women) often keep secrets about their previous relationships.

Several relationship experts told us that couples often keep their past love lives to themselves. “Many of my client couples come from diverse pasts, and most have been married previously,” says Eric Hunt, a marriage coach based in Myrtle Beach, South Carolina. “Be it a serious relationship or [a] fling, I hear from more men who express they are not comfortable discussing their past relationships.” To avoid making waves, men might keep details of past relationships under wraps. According to Hunt, that’s a mistake. “I always promote honesty and open communication in a relationship,” he says. “The past is the past, but [the truth] will eventually come out…it’s always better for the man to initiate an open and honest conversation, especially prior to marriage.” Plus, there’s a pretty good chance that you won’t be able to wish away your memories of romances past even if you want to—and that might give you a better chance of making things work this time around. Helen Fisher, a senior research fellow at the Kinsey Institute and chief scientific advisor for Match.com, told HuffPost that the human brain is designed to hold onto failed relationships. “People will go through long periods after they’ve been dumped or after they dumped somebody asking, ‘Why did I do this? What did I lose? What did I gain?'” Fisher said. “The brain really does remember this, and it remembers this forever. You remember the ones that got away. It’s entirely possible that the brain is built that way so that you can remember why it didn’t work so that you can do it better the next time.”

4. Men frequently hide their emotions, which can result in feelings of loneliness and depression.

“The great secret men keep from their wives is how emotionally vulnerable they are,” says Douglas E. Noll, JD, MA, a professional mediator and author of De-Escalate. “Men are taught to suppress emotions, but that does not mean that they don’t feel them intensely.” In fact, research suggests that men are just as emotionally sensitive as women—perhaps even more so. A 2014 study conducted by neuropsychologist Dr. David Lewis and released by Royal Mail showed that men experienced more physiological changes in an emotional experiment than their female counterparts; however, they claimed to feel less emotion when prompted. “This study suggests that men feel emotion just as much as women, sometimes more strongly, but are less willing to express these emotions openly due to expectations put on them by society,” Dr. Lewis said in 2014. “We tend to oversimplify and exaggerate the perceived differences between men and women and are more likely to focus on evidence that supports our existing gender stereotypes.” Noll recommends using simple, open communication to bridge the emotional gender gap in a relationship. “Men often are very lonely because their emotions are overlooked or ignored,” Noll says. “There is a beautiful simple way wives can listen to men and validate them: Ignore the words, guess at the feelings, and reflect back the feelings with a simple ‘you’ statement.” “Even if they are able to identify and share feelings, most men have a hard time being vulnerable,” says relationship therapist Rhonda Milrad. “They want to appear confident and self-assured with their partner and a person upon whom their partner can rely. [It’s] hard for them to share their fears, worries and their feelings of inadequacy and insecurity. Consequently, men tend to have a secret emotional life that they hide from their partner… This impacts their ability to be intimate, fully present and connected.” Of course, both partners need to commit to honest communication in order for this method to be effective. The good news: Once a couple begins communicating, the relationship benefits. One study reported in The New York Times showed that the best predictor of marital satisfaction was how well partners communicated before the marriage. Another study published in the Journal of Marriage and Family showed that more satisfied spouses “showed more positive, less negative, and more effective communication.” Secrets aren’t unusual, and they’re not always destructive to a relationship, but strong, clear communication is always preferable. “Falling in love can be a slippery slope,” says online dating consultant K. Ceakou. “However, maintaining open lines of communication can be the difference between holding on and falling off.”