No, carrots don't help your eyes. But doctors might have discovered something that can. 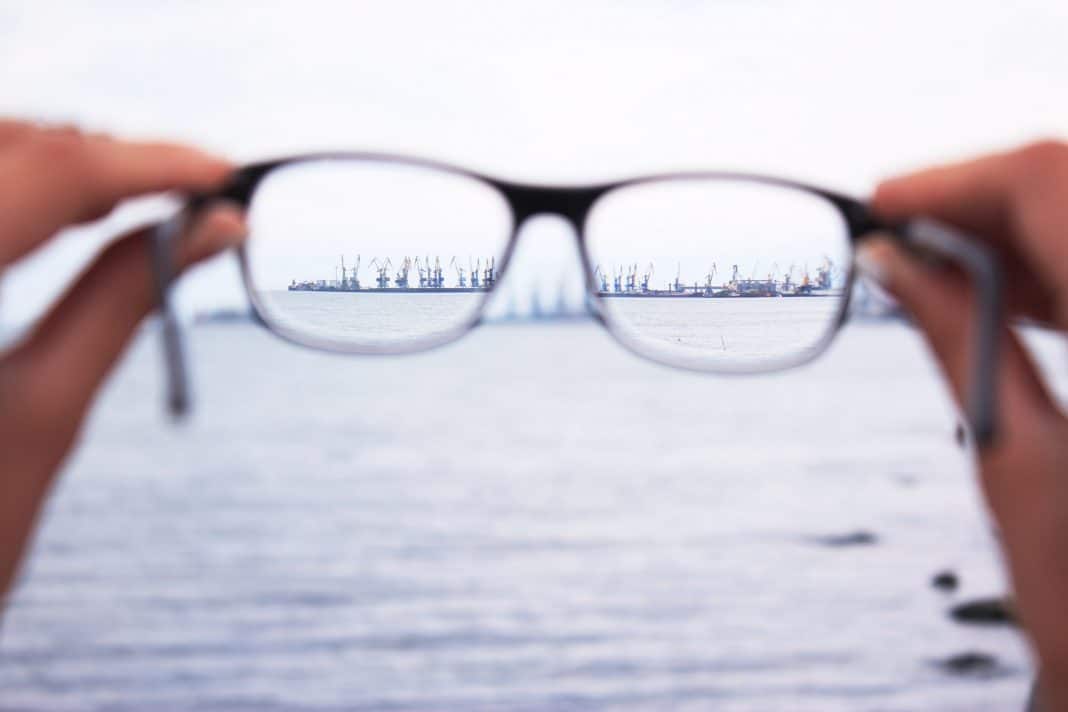 Chances are, your eyes aren’t perfect. One Gallup poll found that about 70 percent of Americans wear some type of corrective lens—or, at least, they’re supposed to wear them. Still, unless something’s wrong, you probably don’t think much about your eyes. When something is wrong, you go to an optometrist and hope that they’ll have the answers. The good news is that the field has come quite a ways over the past few decades. The bad news: There’s still quite a bit of misinformation out there. To address some of the most common ocular myths, we spoke with Gary Heiting, OD. Heiting, who runs AllAboutVision.com and is an optometrist with more than 20 years of experience. We ran some well-known “facts” about eyesight by Heiting—with some surprising results.

1. Sitting in front of a television will inevitably damage your eyes.

At one time, this bit of wisdom may have made sense. “There was some concern that the cathode tubes in old televisions gave off significant amounts of ultraviolet radiation,” Heiting says. “That has been corrected, though. There’s no UV risk at all, and while televisions do omit blue light, the jury’s out as to whether that’s a major concern.” Children often sit closer to the television because their eyes are good at focusing up close, according to the American Academy of Ophthalmology. Over extended periods of time, focusing on a nearby object can cause eyestrain, which is unpleasant—symptoms include headaches, redness, and a “gritty” feeling on the eyes—but ultimately temporary. “You can also get eyestrain from reading a book,” Heiting notes. He does, however, recommend against extreme binge-watching sessions. “Kids shouldn’t watch too much TV, but not because of potential eye damage. The much bigger risk is childhood obesity,” he says. Obesity, by the way, can contribute to the development of certain vision problems, so it’s not a completely unrelated point. Heiting recommends limiting TV time, but parents shouldn’t get too worried about distance.

Clearly, this is a ridiculous leap of logic…right? There’s no way that glasses could do anything negative. Actually, this one might have some basis in fact. “For years, the standard response was, ‘no they don’t,’ but now, it appears that this isn’t such a simple question,” Heiting says. To be clear, ophthalmologists don’t believe that eyeglasses cause myopia (otherwise known as nearsightedness), but Heiting says that some types of contact lenses might be more effective than eyeglasses at reducing the progression of the condition. “Some research has shown that wearing a dual-focus contact lens may reduce the risk of the progression of nearsightedness,” Heiting says. “Eyeglasses certainly don’t reduce that risk.” Heiting may have been referring to this randomized study, in which researchers studied 40 children for two 10-month periods. Each child would wear one single-focus and one dual-focus contact lens in each eye (chosen at random). The results were astounding: In 70 percent of the cases, nearsightedness was reduced by 30 percent or more in the eye wearing the dual-focus lens, as compared to the other lens. To put that in simpler terms, there’s evidence that we may be able to slow down myopia—perhaps even reverse the condition. That’s an exciting development, given the current epidemic of nearsightedness (we’ll get to that in a moment). As such, many ophthalmologists now believe that eyeglasses could may make certain types of nearsightedness worse, but it’s a hotly debated topic without a clear resolution. “There still needs to be more research,” Heiting notes, “but there’s a lot more question about it than there used to be.” With that being said, regular eye strain certainly isn’t great for your eyes, so if your doctor prescribes glasses or contact lenses, the safest course of action is to wear them. Going without glasses will lead to eyestrain—and again, eyestrain isn’t exactly fun.

3. Your vision will get worse if you read on computers.

Adults commonly tell children this myth in order to get them to finish their veggies. Alas, there’s no truth to it. While eating like a rabbit might be good for your overall health, the benefits are limited. “[Carrots] do contain some nutrients that are healthful to the eye, but if you’re eating a balanced diet, there’s really no need to bulk up on carrots,” Heiting says. “Doing so won’t give you any superpowers.” Carrots contain beta-carotene, which the body uses to produce vitamin A. Vitamin A deficiency eventually causes xerophthalmia, a condition characterized by night blindness. However, the human body can only metabolize so much vitamin A, and most people get plenty. Besides, that “night blindness” indicator is key; vitamin A only improves our vision in low-light conditions. Oh, and not that it matters, but rabbits are typically farsighted, so they might not be the best role models.

This might seem like an obvious possibility, given that some people get multiple cataract surgeries. However, that’s not due to the cataract “growing back.” “There’s a lot of people who are confused about that,” Heiting says. He clarifies for us: “The cataract is a clouding of a lens in the eye, and during cataract surgery, that lens is removed and replaced with an intraocular lens—a man-made lens. Clouding of the lens cannot come back.” So, why do some cataracts patients need multiple surgeries to restore their vision? A lens capsule in the eye can sometimes become clouded after surgery. To simplify their explanations, some doctors will call this a “second cataract,” but the more accurate term is posterior capsule opacification, or (PCO). “The lens capsule is left in the eye on purpose, and in a limited number of cases, months or years after cataract surgery, that can get a little hazy,” Heiting explains. “Now, if that happens, since there’s now an interocular lens inside the eye, all they need to do is a laser procedure, usually done in-office, and [the patient’s] vision will be restored.” The operation is nowhere near as involved as a primary cataract surgery. Nevertheless, since the symptoms are similar, patients frequently confuse the two conditions.

6. Crossing your eyes will cause them to stay like that.

“That’s an easy one,” Heiting says. “No, that won’t happen.” Your eyes are controlled by six muscles, and when you move your eyes around, you’re simply flexing those muscles. Excessive strain will cause soreness—as would be the case with any other muscle—but no permanent damage. Crossing your eyes certainly won’t cause esotropia, a condition where one or both eyes turn inward. Esotropia often occurs in early childhood, and it sometimes spontaneously corrects itself, but it’s not caused by eye strain. Most commonly, it’s linked with genetic disorders and premature births. In any case, the science is clear: There is, quite simply, no evidence whatsoever that crossing your eyes will cause any sort of damage (other than perhaps some moderate discomfort). “It is, however, a great way to annoy your parents,” Heiting suggests.