It's tempting to ask our own parents for advice with our kids. But their tips might be dated and inaccurate. Here are 7 old-school tips to avoid. 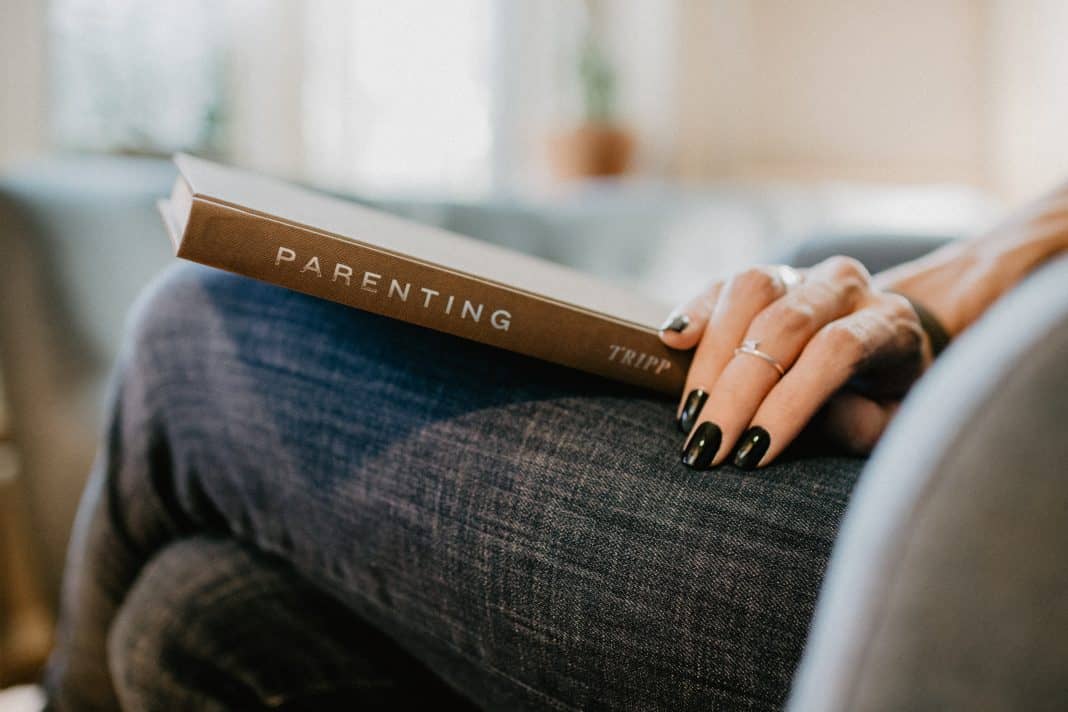 Parents are always trying to get the best advice on how to provide their children with the security, support, and discipline they need. The people they often turn to first are their own parents. It’s always good to learn from experience—“With age comes wisdom,” as they say. The thing is, some advice comes with an expiration date. Parents from prior generations don’t always impart the best advice because they were often working with information that was faulty—and sometimes downright bizarre. Parenting is a work-in-progress practice that has (mostly, and thankfully) been refined over time.

Whether it’s dealing with how to discipline, feed, or talk to their children, times have changed drastically, and largely for the better.

With that in mind, let’s look at some parenting trends from past decades that turned out to be wrong.

Of all the entries on our list, hitting a child is the most controversial and emotionally charged aspect of parenting in today’s society. Where once spanking was a widely accepted form of discipline, it has largely fallen out of favor. Sarah Jean Baker, assistant professor and chair of early childhood education at Concordia University, says the primary reason we’ve moved away from spanking is that our views on children have changed. “We used to view children as sinful beings that needed to be dominated … This developed from when our country was being settled by the Puritans and preachers talking to parents about ‘whoever spares the rod hates their children,'” she says. “But then we moved to this idea that they’re these innocent, cute little beings. So as our view on children has changed, our ideology has also changed.” While parents some parents still spank their kids, it’s on the decline. Research shows that corporal punishment, in addition to causing physical injuries, leaves emotional scars as well—children who are frequently spanked tend to have increased aggression and other mental health issues later in life. A 2012 study also showed that the act of spanking is less effective than placing a disobedient child in timeout. School counselor Donna Taylor cites Don Dinkmeyer and Gary McKay’s “Four Goals of Misbehavior” as another turning point for parents. The parenting course (which originated in the late 1970s) popularized the use of natural consequences rather than physical punishment to correct behavior. Taylor says another change began when both parents joined the workforce in greater numbers. “Sometimes parents tell me they are lenient when it comes to discipline with their children because they feel guilty being away from their children so much,” she says. “They did not want the time spent with their children centered around punishment.”

Dietary habits are one of the most fluctuating facets of American life. There’s an oft-maddening collection of contradictory elements to parse through. We’re still trying to figure it out. Much of the advice experts used to give for kids’ diets is now seen as decidedly unhealthy. During a 1976 senate hearing, nutritionist Nathan Pritikin stated his belief that one could reduce risks of heart disease with diet changes—particularly a reduction in eating fatty foods. It started a sea-change in the American diet. So from the late 1970s through the 1980s and 1990s, families were obsessed with feeding their children low-fat foods. Many products that claimed to be low-fat did a bait-and-switch, though, by dramatically increasing the sugar levels in place of the fats. In short, many “low-fat” foods contributed to weight gain—in children and adults There was also the belief during that time that eating more starches was effective for weight loss, which also contributed to bigger waistlines. Yes, it’s true—experts thought you could shed pounds eating tons of pasta and potatoes! And let’s not forget McDonald’s Happy Meal, which got millions of children hooked on fast food. We’re still dealing with an obesity epidemic (and eating more than we should), but with the advent of the organic food movement, families growing their own vegetables, and programs like Kids Eat Right, there are strides being made.

Whether you’re a baby boomer or a millennial, you probably remember being forced “clean your plate” before you could get up from the table.

Turns out this tactic can have a very undesirable result: it encourages overeating. Unfortunately, while this an old-school tactic, many parents still utilize it. In a 2013 study, researchers at the University of Minnesota found that between 50 and 60 percent of polled parents required their children to clean their plates. About half as many told their kids to keep eating after they said they were full. A 1999 study found obese respondents remembered more pressure from parents regarding eating rules than those of healthier weight, with “cleaning their plate” the most commonly recalled phrase. So instead of piling your kids’ plates and expecting them to wolf it all down, trust them when they say they’re full. You can save them from a lifetime of unhealthy eating habits.

Sending Your Child to Bed Without Dinner

This old-school form of punishment for children was an ineffective tactic, according to clinical psychologist specialist Jennifer L. Baker: “Sending your child to bed without dinner is a cruel act that [doesn’t] have the desired results. … I think parents are learning [that there are] other ways [to discipline] that work better and don’t involve a lot of coercion and overpowering.” She says the tactic essentially amounts to saying “I’m bigger and stronger than you, so you’re going to have to do what I want,” which lead more to resentment than behavioral change. In place of such hardball tactics to get kids to eat, Baker notes today’s parents provide more options for meals. “Parents actually engage their children in dialogue,” she says. “They tend to ask them questions like ‘what would you like for dinner?’ Where, in the past, you got what was put in front of you. … Modern parents are thinking more about the child’s perspective.”

Washing Their Mouthes Out With Soap

Forever immortalized in the holiday classic A Christmas Story, washing your child’s mouth out with soap is an arcane, literal approach to stopping a child from using “dirty words.” It’s a punishment for lying and mouthing off, too. And while seeing Ralphie sucking on a bar of soap for cursing was funny on film, it’s less so in real life.

While this concept may seem to be a work of fiction, this was a rather common practice during the 19th and 20th centuries. Doing it in the 21st century, though? Thankfully, not so much. In fact, parents who practice this form of punishment often have to face jail time: in 2009, a married couple in Palm Bay, Florida were imprisoned and lost custody of their daughter after she was hospitalized from an allergic reaction to the soap she ingested, and in 2017, parents in Jacksonville, Florida faced similar charges.

Letting Your Baby Sleep on Their Stomach

For parents of prior generations, a major concern with infants was the risk of choking by regurgitation in their sleep. As a result, many worried mothers were told to let their babies sleep on their stomach. This trend began to change however, when a 1992 study by the American Academy of Pediatrics recommended babies sleep on their back. Why? To reduce the risks of Sudden Infant Death Syndrome. While we still don’t understand the full mechanics of what makes this position more effective, the statistics speak for themselves: since the recommendation was made, the annual SIDS rate has fallen by over 50 percent. It’s still important for babies to have “tummy time,”as it helps them develop stronger muscles; just make sure they’re awake and active during the sessions. They should last no more than three to five minutes and happen two to three times per day.

Placing babies on their backs to sleep isn’t the only change parents have made to babies’ sleeping habits. As recently as a decade ago, parents made sure their sweet bundles of joy were bundled up in a baby blanket, with a pillow to cushion their head. We now know this is another health hazard, as it increases the risk of suffocation. Researchers from both the National Institutes of Health and Centers for Disease Control and Prevention noted that in 1993, seven out of eight parents were using blankets and bedding for infants. By 2010, it had only dropped to a little more than half, so there is still more educating that needs to be done. In an effort to do just that, the National Institutes of Child Health and Human Development publicized the “Safe to Sleep” campaign in 2012. In addition to avoiding blankets, soft toys, and crib bumpers, they recommend babies only sleep in bassinets and cribs. For parents concerned about their little ones getting too cold, onesies can take the place of a blankie.

Just remember that the prevailing thoughts today may be tossed out tomorrow. It can be exhausting distinguishing between trusted tactics and terrible ideas, but learning the difference is vital in doing right by your child. If you’re feeling truly overwhelmed with difficult decisions, reaching out to a child psychologist or pediatrician is your safest bet. Fumbling in the dark does both you and your child a disservice.