Here’s What You Need to Know About Silent Strokes

Most strokes present physical symptoms. Some can only be detected with an MRI. Here's what the experts want you to know about "silent strokes."

Early intervention is crucial to minimizing the long-term effects of a stroke. Knowing this, public education on symptoms of stroke became a priority in the States in the early 2000s. These efforts were largely beneficial, resulting in a quicker response to early stroke symptoms by the general population by motivating people to call emergency response services at the first presentation of stroke symptoms. This translates to more successful early interventions during strokes, according to a study published in Journal of Epidemiology. Now, it seems that most people understand the telltale signs of a stroke, thanks to an easy to remember acronym used to encourage more widespread knowledge of symptoms, according to Jason Tarpley, MD, PhD, a stroke neurologist and director of the Stroke and Neurovascular Center at Providence Saint John’s Health Center in Santa Monica, California. “We often cite the acronym FAST,” he says, explaining that “F” stands for facial droop, “A” for arm weakness, “S” for speech difficulties, and “T” is for time to call 911. https://youtu.be/aWzQr4wsgvw Knowledge of this acronym is certainly important and it shouldn’t be disregarded; it encourages more people to act quickly when the most obvious symptoms of strokes arise. However, this memory tool shouldn’t be seen as providing a comprehensive outline of stroke symptoms. Unfortunately, not all strokes are easy to detect. Some may take place without symptoms or symptoms that are easy to brush off. 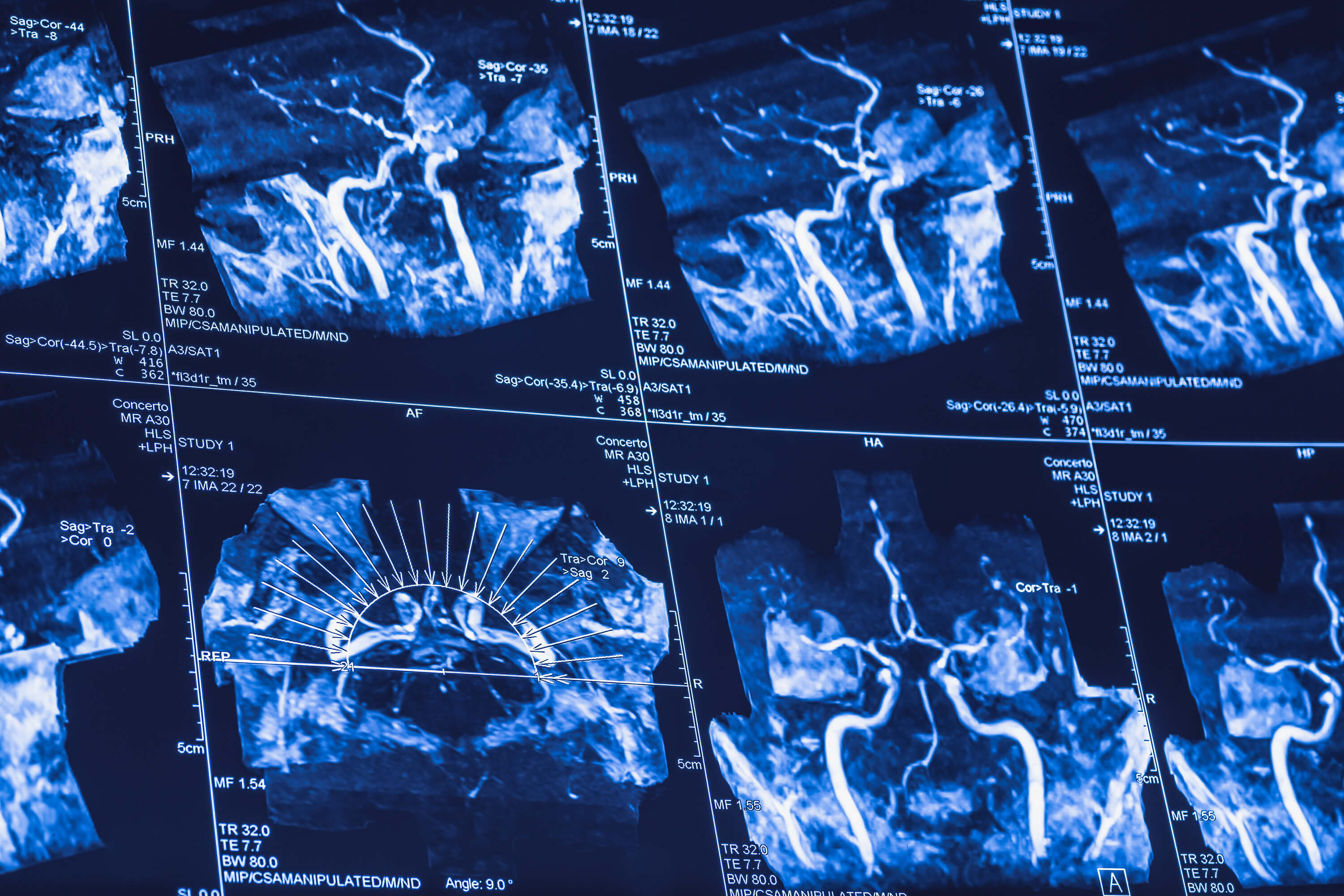 Stokes without symptoms are often called “silent strokes” because they typically go undetected unless seen on an MRI scan, according to Tarpley. In some cases, when these symptoms go ignored, it puts the person at risk for experiencing a second, more serious stroke. Because of this, it is important to understand silent strokes and how to move forward if you believe you’ve experienced this lesser-known health condition.

What is a silent stroke?

The most basic explanation of a stroke is that it occurs when there is a problem with the blood flow in the brain. More specifically, there are two types of strokes—ischemic and hemorrhagic strokes. In the case of an ischemic stroke, a clot has formed in the brain which prevents blood flows to a specific part of the brain. Hemorrhagic strokes are drastically different, caused when a blood vessel is weak and ruptures, according to the American Stroke Association. Additionally, smaller strokes caused by a temporary clot are knowns as a transient ischemic attack or TIA. 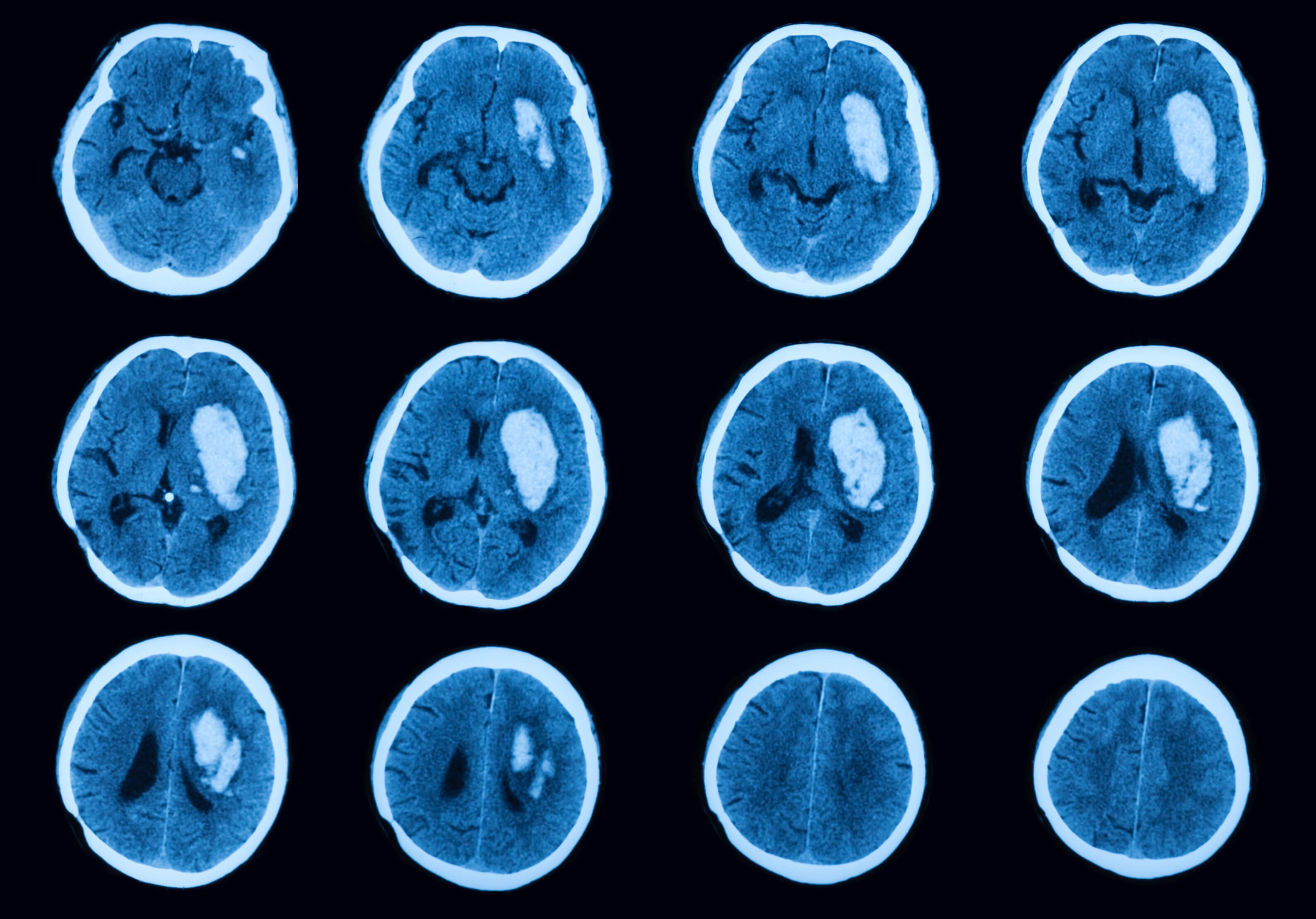 Typically, strokes result in noticeable and dramatic symptoms because the part of the brain affected controls major functions in the body. Those suffering from strokes will often experience muscle weakness, sudden loss of vision or double vision, or difficulty speaking. Most people recognize drooping or muscle weakness on one side of the face as a telltale sign of a stroke. However, it’s important to understand that not all symptoms of strokes are the same. How a person experiences a stroke can vary greatly depending on the portion of the brain affected or the severity of the clot. In some cases, an individual might not experience symptoms at all, and this is known as a silent stroke. In other cases, there may not be symptoms but they might be brushed off because they are so unremarkable. 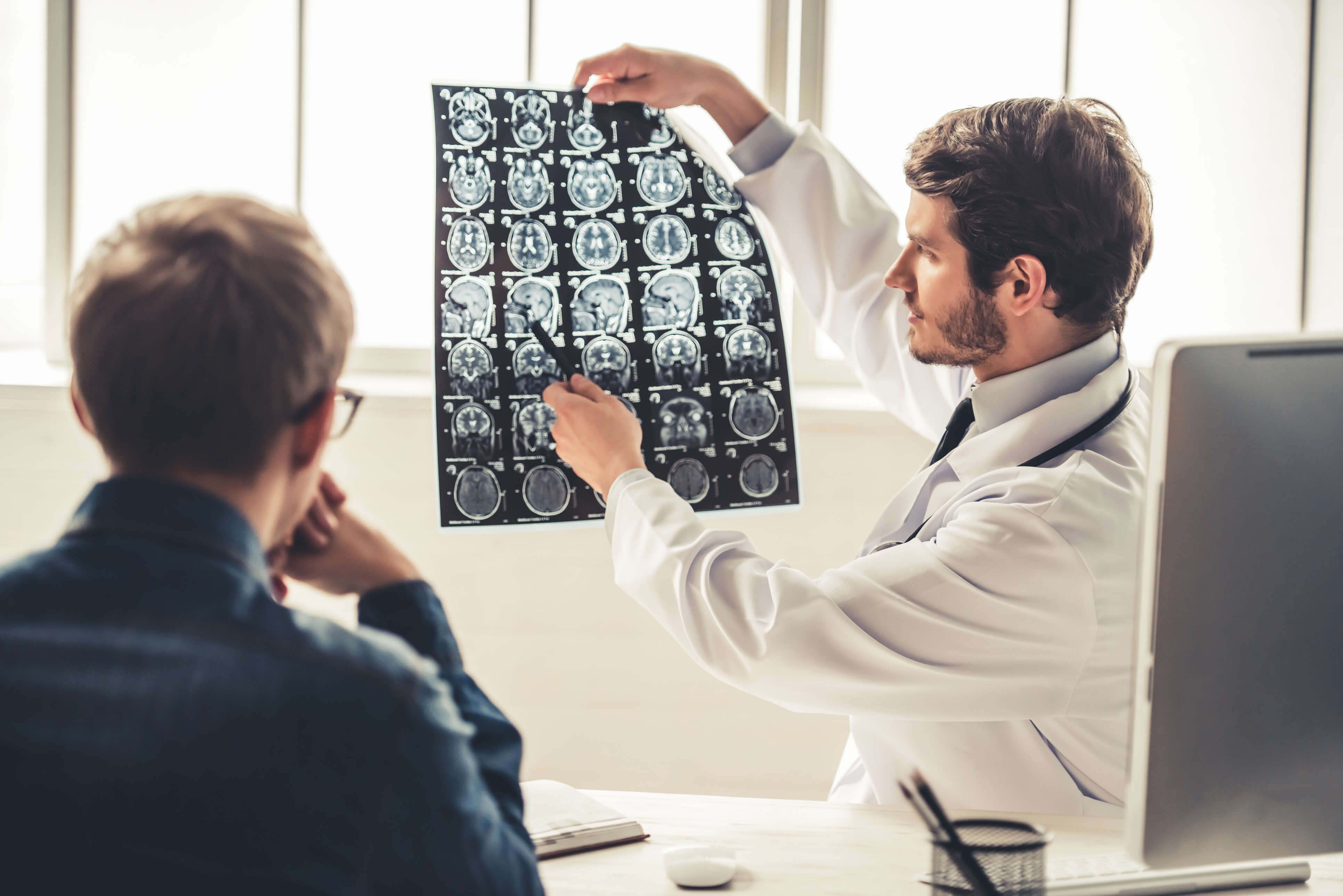 “A silent stroke basically means that someone didn’t know they had it,” explains Tarpley. “They’re very subtle things, and sometimes, you may have a stroke you didn’t even know you had.” According to Tarpley, our awareness of silent strokes can be attributed to amazing medical technology. Modern MRIs are able to pick up on small, symptomless strokes, making it possible to detect and diagnose silent strokes.

The same people who are at a higher risk for experiencing a typically presenting stroke are also at risk for experiencing silent strokes, according to Tarpley. Cen Zhang, MD, the assistant professor of neurology and stroke neurologist at the Comprehensive StrokeCenter at NYU Langone Health, explained exactly what those risk factors entail. 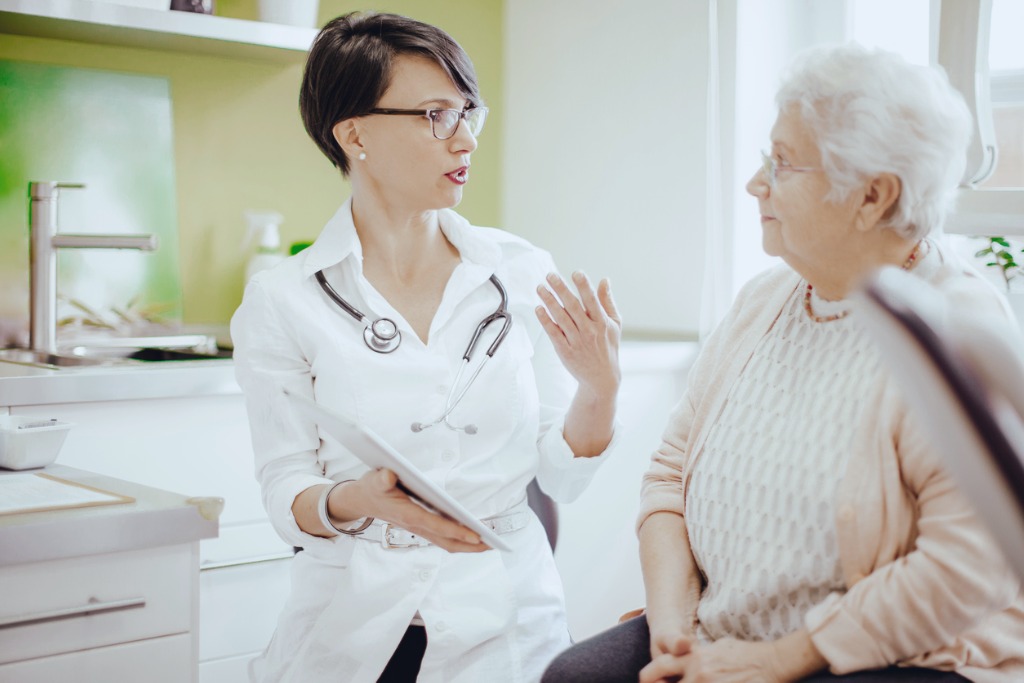 “As people get older, there is a significant increase in risk for stroke,” she explains. “High blood pressure is another big risk for silent strokes and evident strokes as well. Metabolic syndrome, which includes risk factors for diabetes and heart disease, can also raise risk for silent stroke.” Additionally, there is some research that indicates that lifestyle choices, such as heavy drinking, is associated with with increased risk for experiencing strokes, according to Zhang, who explained that the extent of the drinking is important to consider since moderate drinking is actually linked to a lower risk of stroke and cardiovascular problems. There is not significant research that indicates that one gender is at a higher risk for strokes than the other, according to Zhang.

Symptoms That Could Indicate a Silent Stroke

It’s difficult to point out obvious symptoms of a silent stroke. A true silent stroke has no symptoms and may go completely undetected until another medical event requires an MRI. 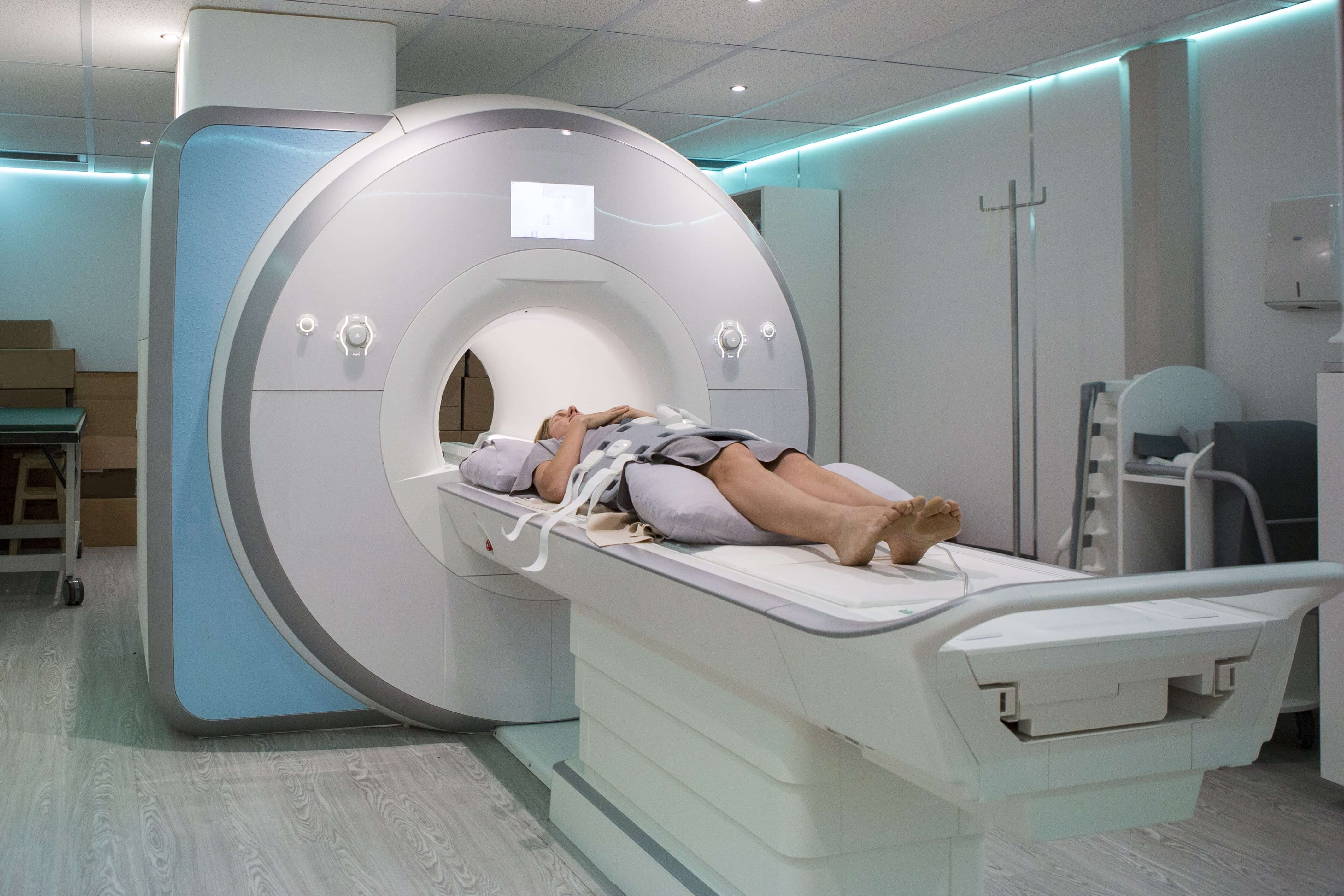 “Often a person might be coming in for something else, such as headaches, and they get an MRI. That’s when a doctor finds evidence of a previous silent stroke,” explains Zhang. “Most people think of stroke as having symptoms like facial numbness, trouble speaking, etc. … but a silent stroke doesn’t show any symptoms.” 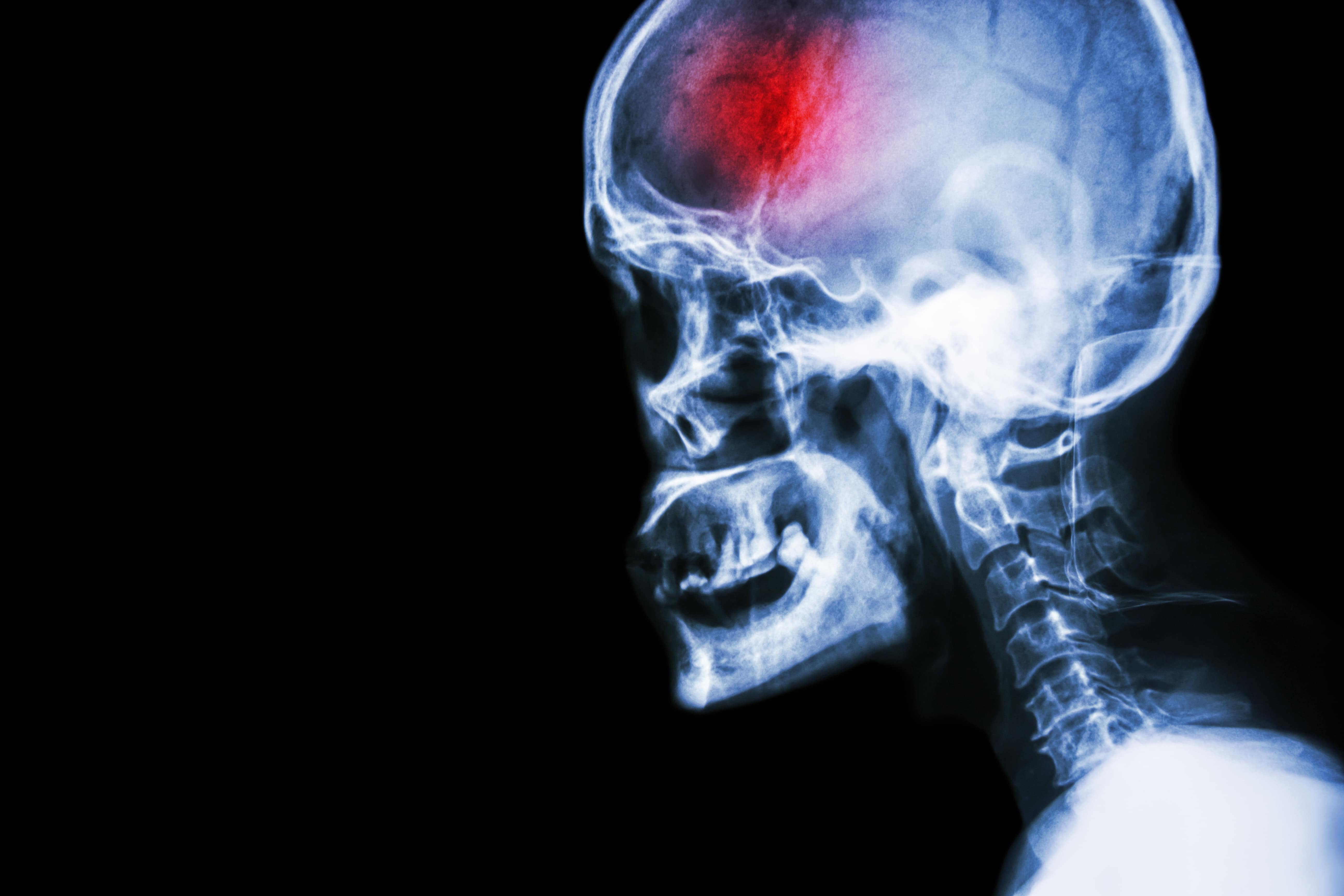 In some cases, the term silent stroke might be used to describe a stroke with very subtle symptoms, according to Tarpley, who said that sometimes individuals will experience very subtle numbness or dizziness they brush off because it isn’t dramatic or alarming. 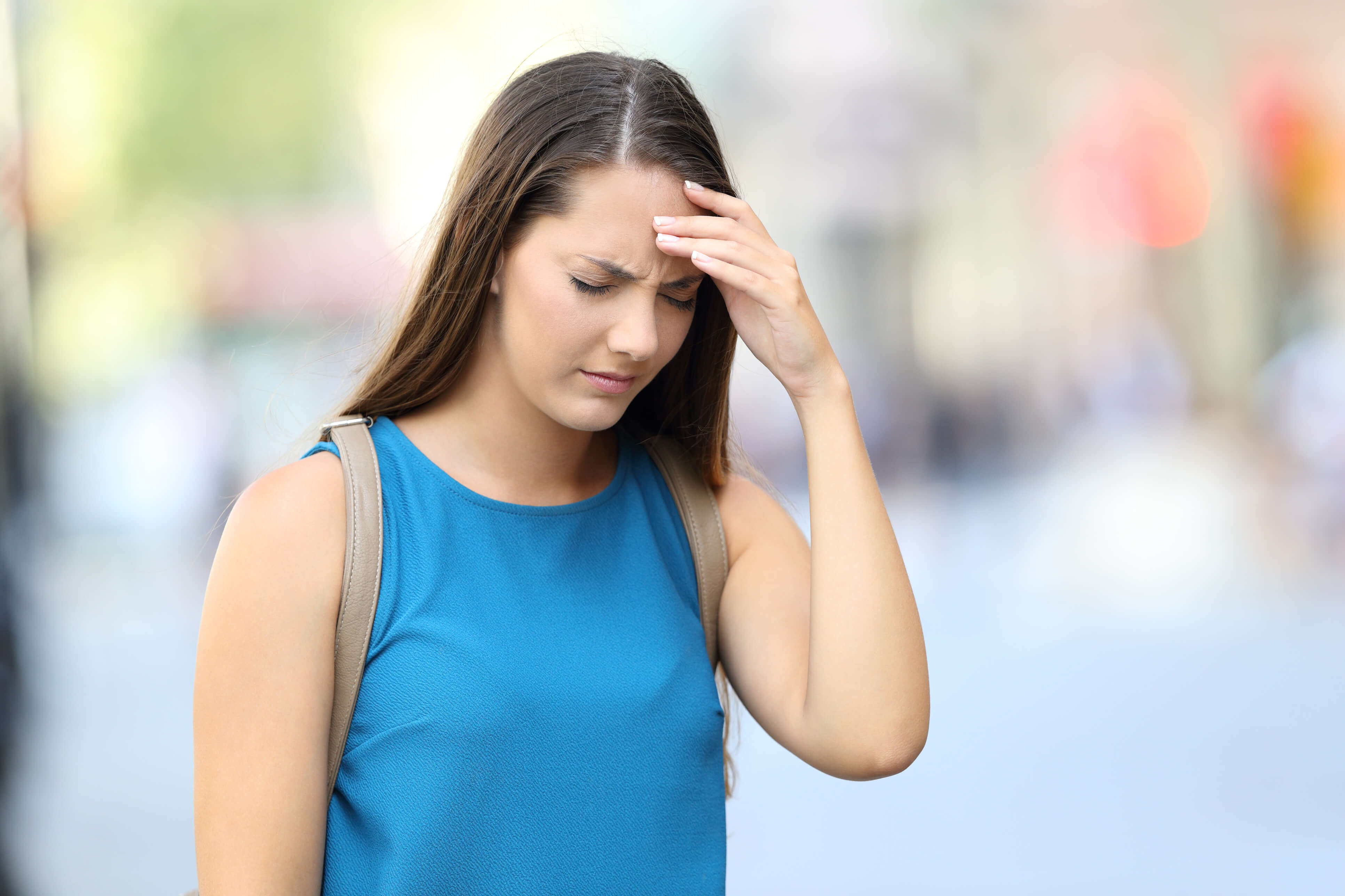 Those who suffer from multiple silent strokes might experience changes in cognitive function caused by the build up of damage in the brain. This could include difficulty with memory and changes in mood. Even so, these changes may go unnoticed until a stroke is picked up on a scan, according to Zhang. She encourages adults to avoid brushing off changes as a normal part of aging, saying there is a big difference between struggling to remember a phone number and having memory loss impact your ability to carry on with your life as you normally would. 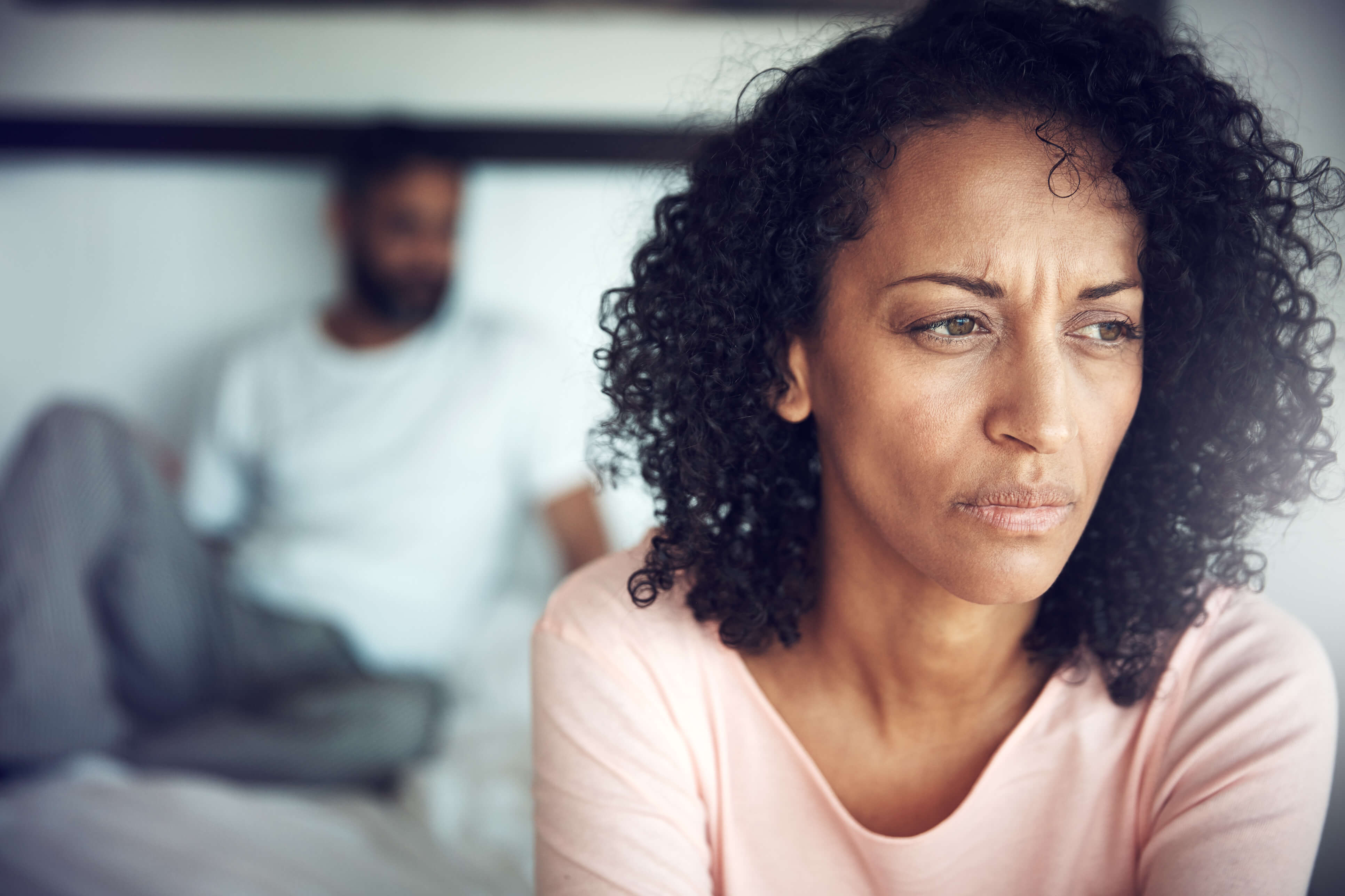 “You get lost going to familiar places like a grocery store, or you forget your children’s names,” she says, explaining that it is the people closest to an individual who are the best at detecting truly significant changes in mood or cognition. “Something that has been observed in research and in my own practice … if a person can remember that he or she is having a harder time remembering things, they have good insight. Usually when a family member or aide reports these changes, that’s typically more concerning to me.”

If we’re being perfectly honest, it is incredibly difficult to give a one-size-fit-all prescription for prevention of silent strokes. First and foremost, aging is one of the main risk factors for all strokes and there is nothing that can be done to turn back the clock. 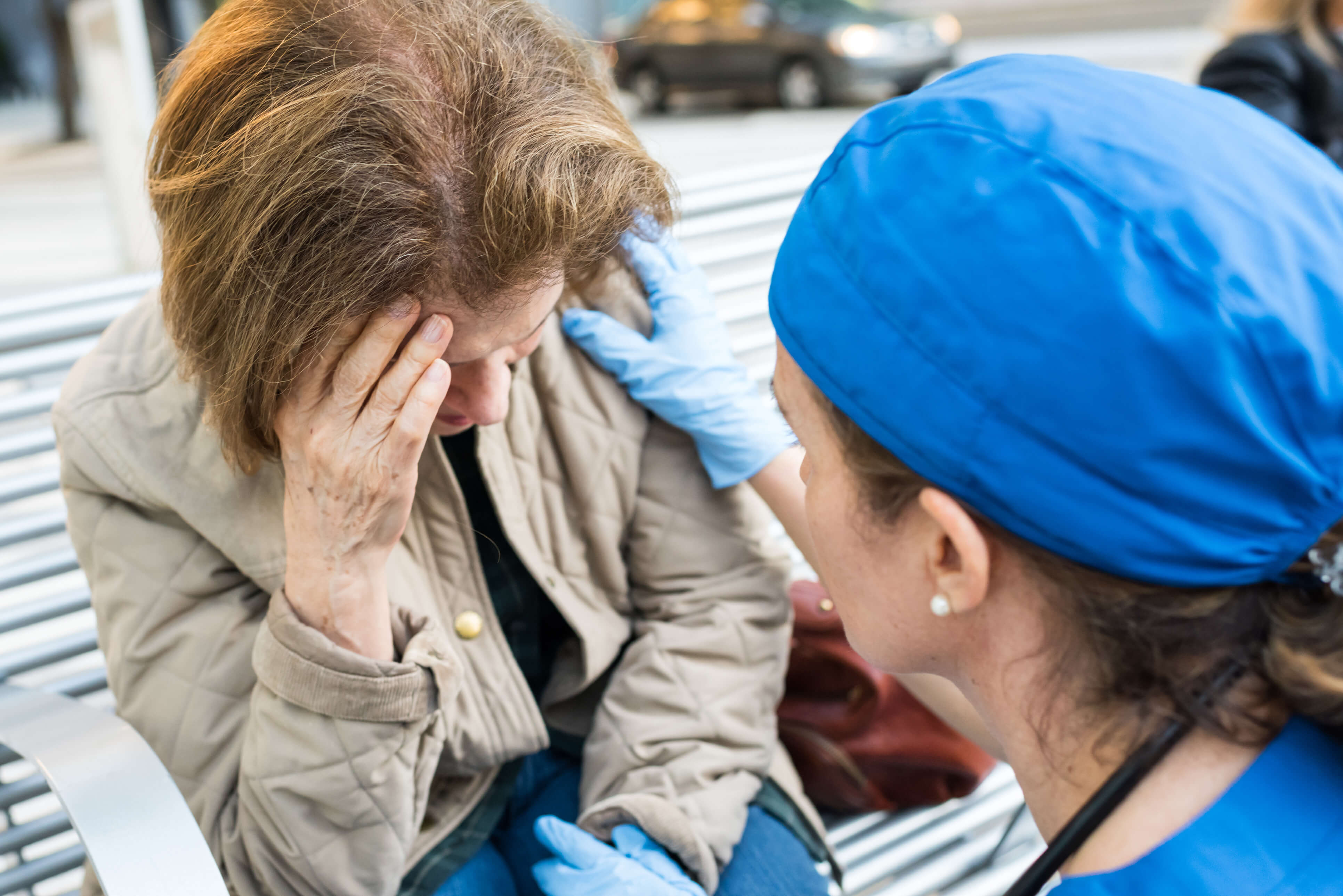 Even so, this doesn’t mean that those who are at an increased risk for silent strokes can’t make important changes to their lifestyle. All aging individuals should monitor their blood pressure carefully, according to Zhang. And, patients with high blood pressure should make healthy lifestyle changes and follow their doctor’s medication suggestions in order to control their blood pressure and lower their risk for stroke. 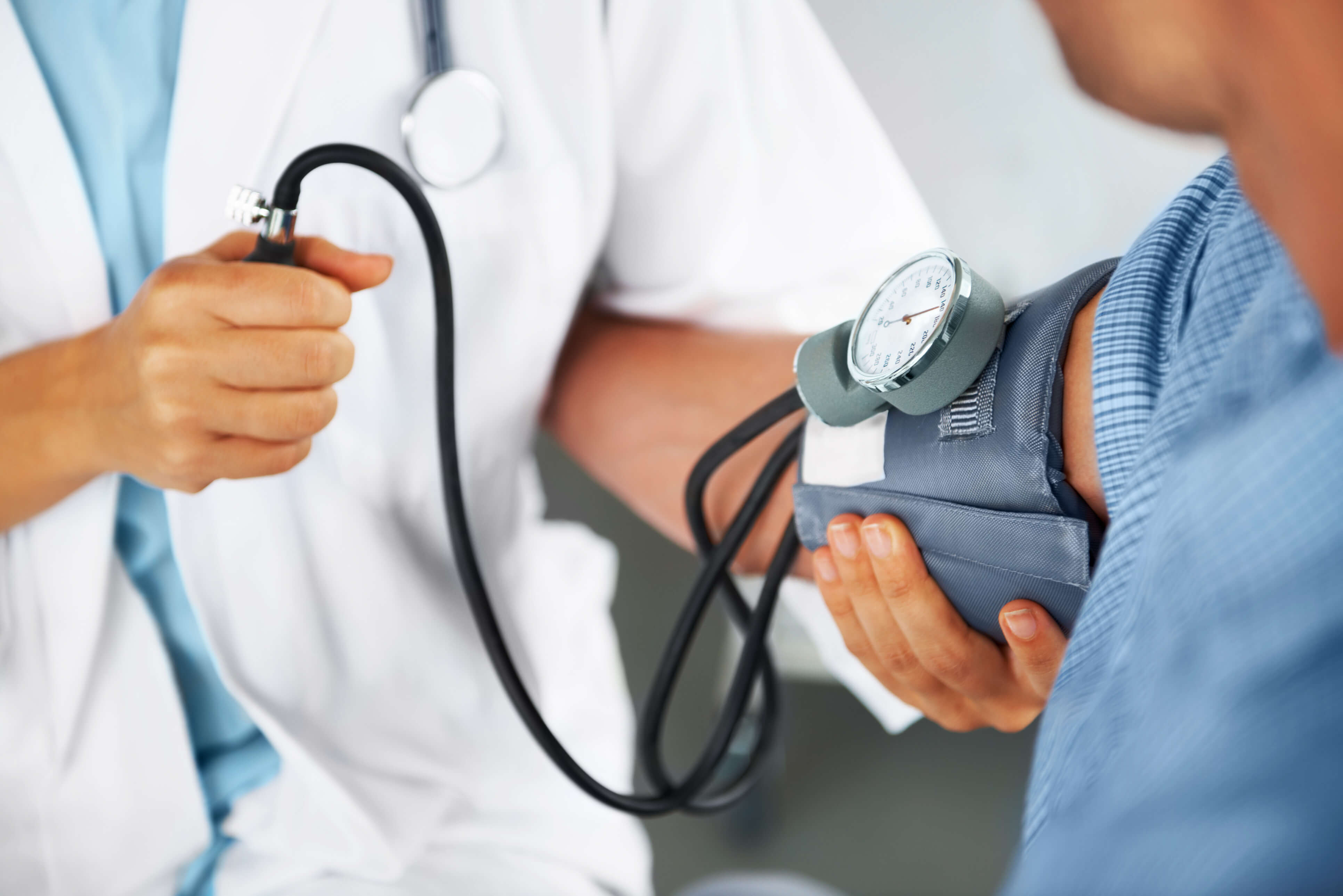 “Newer studies are saying even lower is better, and reducing blood pressure to below 130 mmHG is shown to be most helpful,” she explains. “Watching cholesterol, diabetes and the risk factors that contribute to metabolic syndrome can also be helpful to prevent the build-up of silent strokes.” Another difficulty in offering directions for prevention of strokes is that strokes can be caused by a myriad of underlying health issues. For instance, some strokes are caused by narrowing of the arteries which may require surgical correction, according to Tarpley. Other strokes are caused by abnormal heart rhythms and require a completely different course of action. 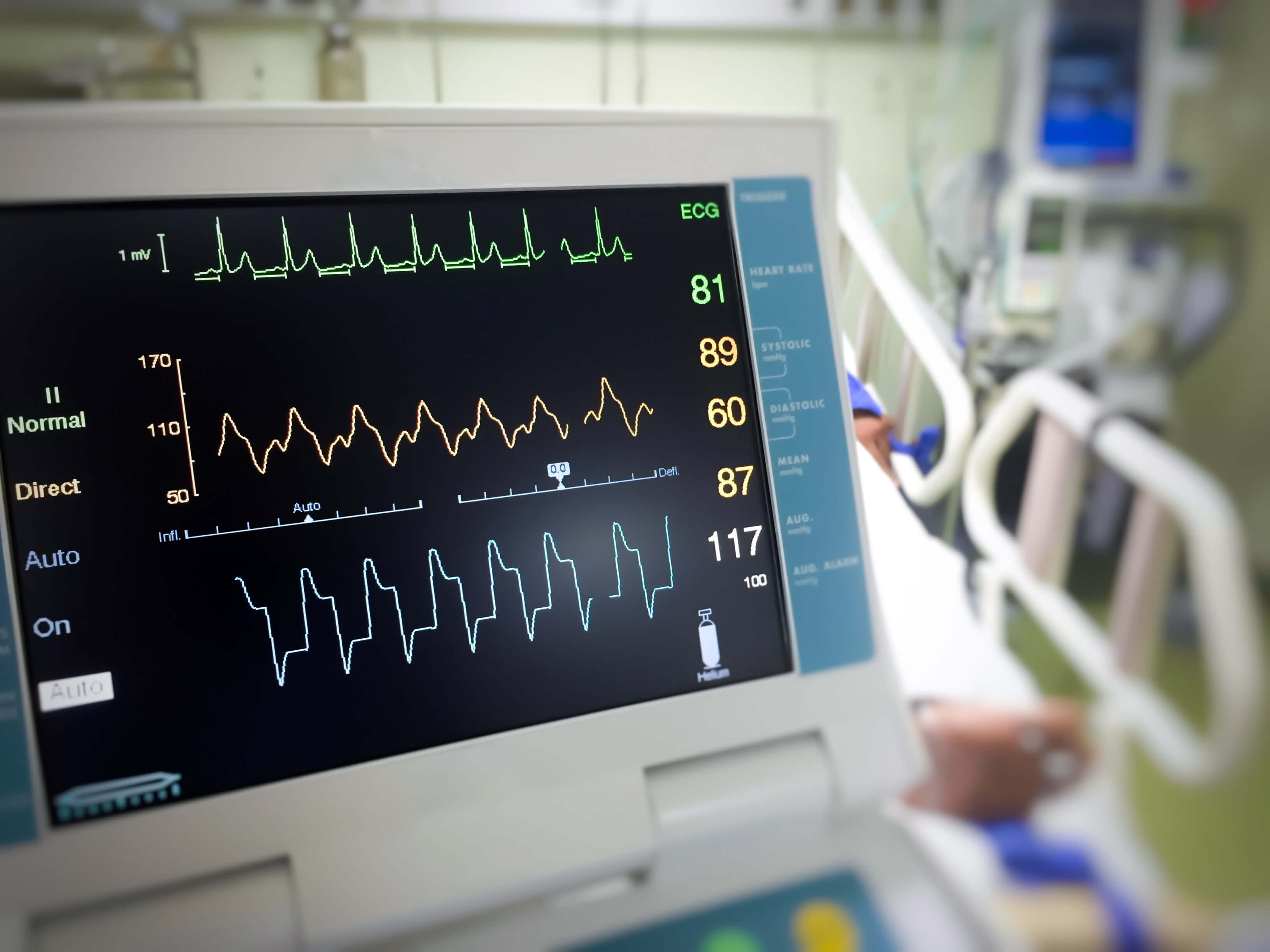 This means that each patient experiencing strokes, silent or otherwise, must work with their doctor to address the underlying cause of their stroke to prevent any future strokes. Those who have previously experienced a silent stroke should not brush off the severity of the diagnosis simply because the symptoms are not dramatic or devastating. Even silent strokes have a harmful effect on the brain. 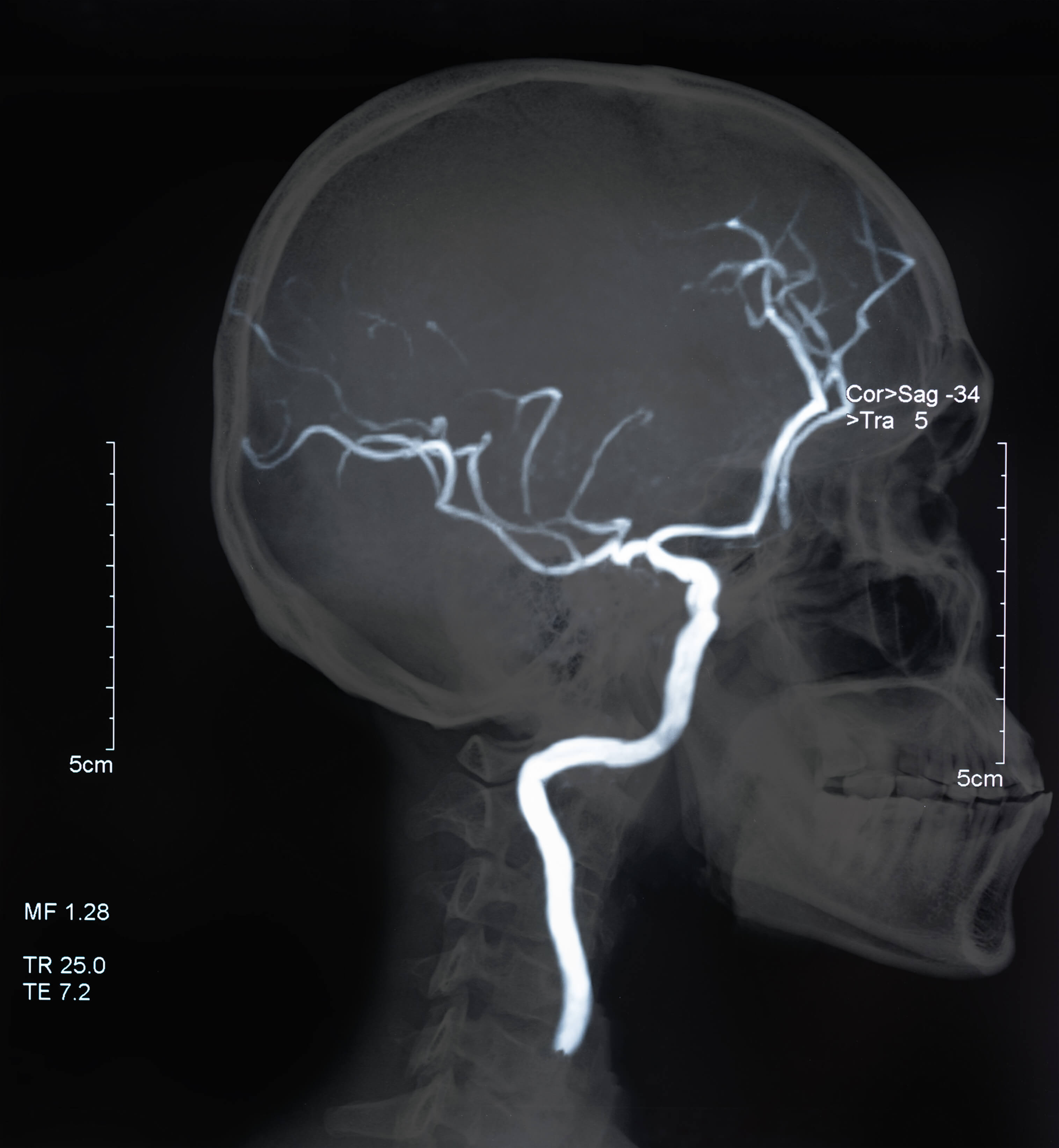 Many neurologists are beginning to suspect that experiencing a silent stroke is a pre-phenomenon, according to Zhang, who explains that silent strokes are widely considered to be a risk factor for future, more devastating strokes. If a doctor indicates that you have experienced a silent stroke, this should be taken seriously, and they can provide further direction on the next steps you should take. “If you have a silent stroke on your MRI, then you’re at risk of having the same type of stroke that could leave you devastated with weakness on one side of the body or the other,” says Tarpley. “So, starting with what it looks like on a brain MRI, you can start to figure out what caused it and start to figure out how to prevent future ones.”