7 Myths (Almost) Everyone Believes About The Human Body

If these common beliefs are myths, you might not know your own body like you thought you did. 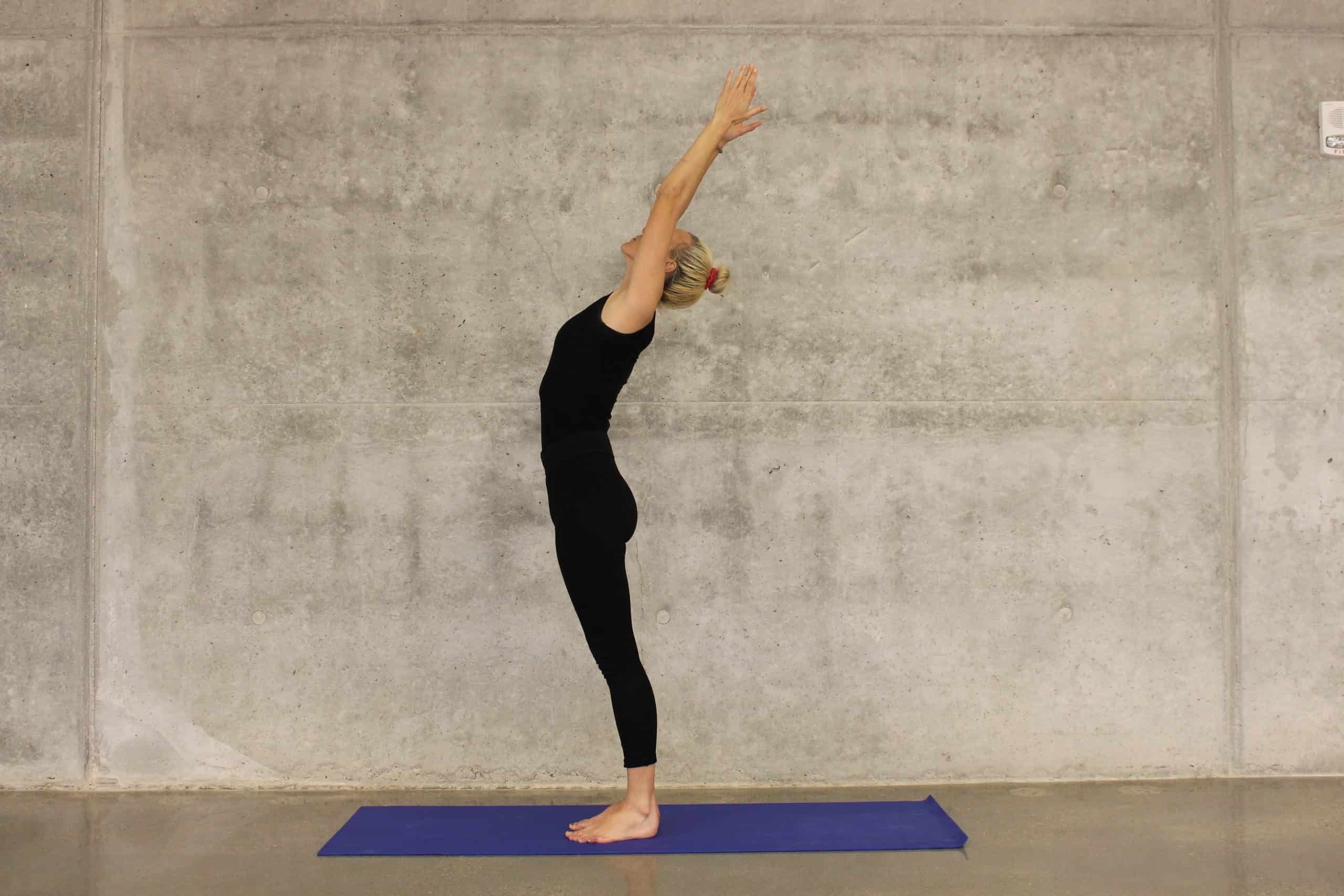 We like to think that we understand our bodies fairly well.

Unfortunately, that’s not always the case. Many of the “facts” we learn about our bodies are actually myths, and the truth can be somewhat counterintuitive. For instance, humans have far more than five senses, depending on the methods you prefer for categorization. Spicy foods don’t usually cause peptic ulcers, eating before swimming won’t give you life-threatening cramps, either, and swallowed gum doesn’t take seven years to digest. And we’re just getting started. For instance…

You won’t ruin your eyesight from sitting too close to the television.

At one point, this myth held some truth. Before the 1950s, some televisions had radioactive components, so sitting too close could cause eyesight issues, according to a report in The New York Times.  However, modern televisions have sufficient shielding to prevent this type of damage. Sitting close to a TV may cause eyestrain, which isn’t pleasant, but it’s not permanent, either. The American Academy of Ophthalmology notes that children can focus at closer distances than adults, which is why they often sit closer to television sets, but there’s no evidence that this practice damages eyesight in either children or adults. Children usually grow out of the habit as they get older, but in the meantime, they’re not taking any serious risks by sitting a little closer.

They’re just holding a place for adult teeth, right? Don’t worry about washing them—don’t even pay attention to them until your child starts getting his real teeth. But in reality, baby teeth (or primary teeth, to use the American Dental Association’s terminology) serve several vital functions. They help children eat, speak, and smile, and if a baby loses a primary tooth too early, they may have problems with their permanent teeth later on. Plus, there’s no reason you shouldn’t start kids on good oral health habits early. Parents should brush their kids’ teeth regularly and book dental appointments as soon as the first primary tooth appears.

Your diet won’t detoxify your body (much).

Sometimes, your body just doesn’t “feel right,” and that’s when about 50 million websites and supplement dealers will tell you it’s time for a cleanse. Maybe you try a “raw food detox.” Maybe it’s a “juice cleanse.” You might even go for something as out-there as the “cabbage soup diet,” which is pretty much what it sounds like. Before you bust out the juicer, though, there’s something you should know: Your body already has a pretty good detoxifying system built in, and it is called your liver. In fact, extreme diets like many of these “cleanses” can do more harm than good. That’s according to no less an authority than the National Center for Complementary and Integrative Health, a branch of the National Institutes of Health. You’d think complementary health advocates would be all about the detox. Not this authority. “There isn’t any convincing evidence that detox or cleansing programs actually remove toxins from your body or improve your health,” the NCCIH writes on their website. Meanwhile, the risks of, say, an all-juice diet include insufficient nutrition, serious problems for people with kidney disease, and absolute disaster for diabetics. If you feel “off” and find yourself tempted to embark on a detox diet, talk to your doctor instead. They can help you find a healthy way to get your system back on track. Meanwhile, don’t worry so much about toxins. As long as you’re healthy, your liver’s on the case.

That stubble isn’t your fault.

This myth took off because it feels so true; wouldn’t that be just like reality to make a “solution” turn into a greater problem? Well, reality is actually on your side this time. Shaving your body hair doesn’t do a single thing to affect the thickness, texture, color, or growth-rate of all those whiskers. Jonas Sickler is director of operations at ConsumerSafety.org, an online hub for safety information about food, medication, and products. He tells HealthyWay that the myth of thicker growth post-shave is “all just an illusion.” “Your hair tapers as it grows, and shaving it exposes the thicker middle of the hair shaft, which makes the hair appear to be darker,” Sickler says. “Short hair is also more rigid, which is why stubble feels so coarse.” So if you want a hairless patch on your face or your body, feel free to break out the razor. Shaving is a temporary solution, but it’s not going to make matters worse.

Your fingers don’t prune up for the reason you think they do.

It seems obvious: Fingers and toes get all wrinkly in the bath because they’re absorbing water, expand, and fold like raisins along the whorls of your fingerprints. But the simplest explanation is not always the most accurate. In fact, researchers realized in the 1930s that only healthy fingers wrinkle when wet. When people have nerve damage in their fingers, their tips remain smooth as ever, even after a nice, long bath. So, what does that tell us? “No one knows for sure,” Sickler says. “But scientists believe that our fingers shrivel when wet to help us grasp slippery or submerged objects.” That’s the hypothesis behind a 2013 study published in the journal Biology Letters. The researchers suspected that bath-time pruning is an evolutionary adaptation that developed to help us keep hold of objects in wet conditions. They had participants try to hold and manipulate wet and dry objects, with both water-wrinkled and dry, unwrinkled fingertips. In the end, the participants with pruney fingers were able to move submerged objects from one tank to another 12 percent faster than their smooth-fingered counterparts. “Our results are clear experimental evidence for the hypothesis that water-induced wrinkles improve the handling of submerged or wet objects,” the researchers concluded. Isn’t the human body amazing? And kind of gross?

Your mother was wrong about cracking your knuckles.

Didn’t your mother tell you not to crack your knuckles? Not only is it a disgusting habit, but according to your parents, too many cracks can increase your odds of getting arthritis later in life. We’re pretty sure some secret cabal of moms made this one up to get their kids to stop what they consider an ugly routine, because the truth is, studies show cracking your knuckles doesn’t cause any damage at all, and it might even provide benefits. When you crack your knuckles, “the two bones that make up the joint are not hitting each other,” Dr. Jessica Rosner, a chiropractor at Wholebody Solutions in Quincy, Massachusetts, assures HealthyWay. “When a knuckle or any joint in the body ‘cracks’ or ‘pops,’ it is the synovial fluid found between those joints that is releasing gas.” Rosner describes a study conducted by Dr. Robert Boutin, a radiology professor at the University of California Davis, in which Boutin and his team examined 30 patients who regularly cracked their knuckles and 10 who didn’t. The knuckle-crackers didn’t show any ill effects from their habit. In fact: “Typically, after a joint cracks, it has better range, which is beneficial and not harmful,” Rosner says. There’s more research to be done in this area. Doctors can’t say for sure that cracking your knuckles definitely doesn’t have any harmful effects, just that this study didn’t reveal any. But they’re just as unsure about other possible benefits. “A larger study will help determine if there are longer-term hazards or benefits of joint-cracking, but we’re excited we have found a way to answer some longstanding questions about the safety of this common habit,” Boutin said in a press release about his study. For now, though, if popping your knuckles every now and then gives you a distinct sense of satisfaction, there’s no need to stop—unless, of course, your mother’s in the room.

What’s the first thing that cops do when they enter a crime scene? They dust for fingerprints. Duh. If you can find a criminal’s fingerprints on something, you’ve got all the proof you need that they were at the scene—fingerprints are, after all, unique. Well, sort of. While scientists believe that fingerprints are essentially unique, errors in fingerprint analysis might be relatively common. Very few studies have set out to determine the statistical estimation of fingerprint individuality, and because fingerprint analyzers are human, they make mistakes. One 2011 study found a false positive rate of 0.1 percent, which might seem low unless you’re on trial for a serious crime. Adding to the difficulty: Some people are born without fingerprints. Medical conditions like Naegeli-Franceschetti-Jadassohn syndrome can make the lives of fingerprint analysts much more difficult (and it’s not a fun condition for spelling bee contestants, either). Finally, fingerprint analysis is likely much more difficult than you’d think. Fingerprint analyzers look at minutiae, which can include everything from the endings of fingerprint ridges to the location of specific pores in the skin. The minutiae can be so complex that the same finger can leave two prints that seem almost entirely different.