Bloggers who write about their illnesses often get a lot of sympathy online. But what happens when they lie? And why would they do that? 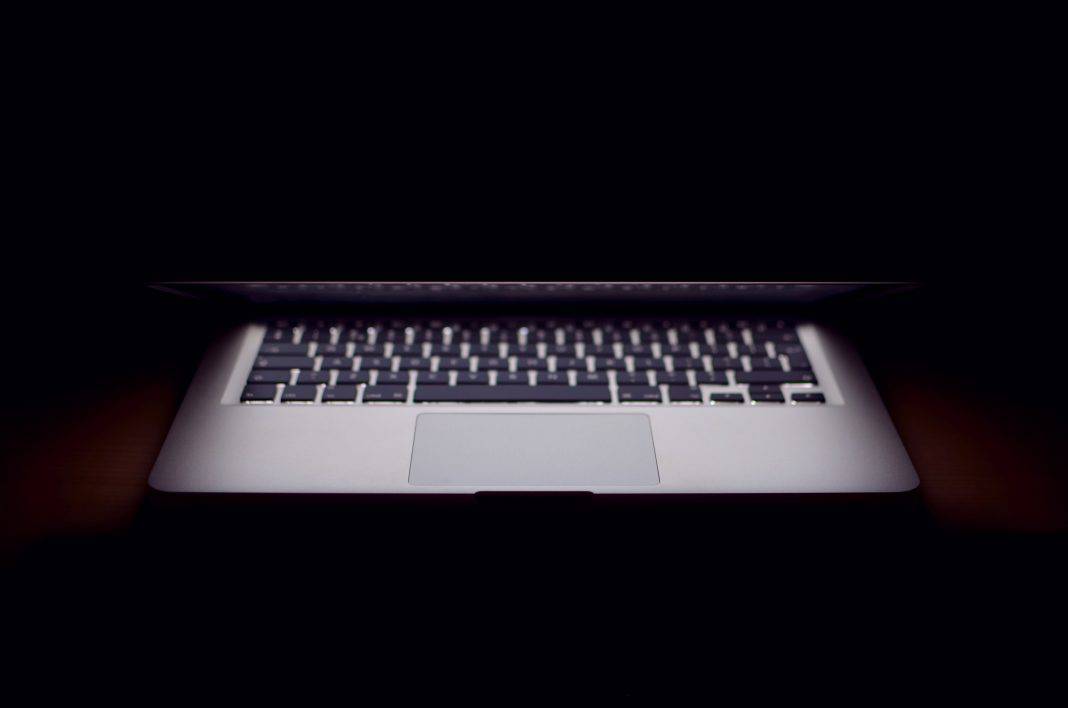 In 2013, blogger Cara Goodman made a shocking admission. She’d attracted about 1,500 followers on her alaska-says-sun Tumblr account, primarily by blogging about her extraordinarily difficult life. She had HIV, cancer, anorexia nervosa, and she was deaf. She’d gone through unthinkable personal trauma, which she’d detailed for her readers, and every time her life seemed to improve, she’d inevitably face another hardship. But in 2013, Goodman came clean: She’d made it all up. “I engaged and manipulated loving friends with whom I had real life relationships to help me perpetuate my lies,” Goodman wrote in an emotional apology letter. “I lied to you all. I am not a hero, a victim, or a walking cluster of tragedy. I’m not HIV positive, nor do I have cancer.” Goodman explained that she’d recently become pregnant, and she realized that she was harming her family and friends by lying about her life. She wanted to live a life with integrity and become a good mother to her daughter. She would not post again, she wrote, unless she was sought out. As the shocking admission spread, many of Goodman’s former followers set up pages to track the fallout. One blog, Answers About Cara, claimed that Goodman continued to post under different identities; another, Faker Blogs, expressed anger at Goodman’s “reformed” persona. The case isn’t unique. In 2015, Australian Instagram star Belle Gibson built an empire with 200,000 social media followers, telling of the rare heart condition she’d had in high school and the cancer diagnosis that had changed her life—claims that, as it turns out, couldn’t be substantiated. In a 2015 interview with The Australian Women’s Weekly, she admitted, “No. None of it’s true.” A judge later ordered Gibson to pay $410,000 AUD for falsely claiming that the proceeds from her products would benefit various charities.

These two cases might seem similar, but there’s an important difference.

Gibson was lying, at least in part, for money; Goodman seems to have lied for attention. When people lie about serious medical conditions, motivation matters.

That’s what all [people with factitious disorder] have in common: the search for love and care and concern that these people feel unable to get in any other way.

Goodman likely has a factitious disorder—a mental condition in which a person knowingly lies about an illness in order to get sympathy. Gibson, on the other hand, is a classic case of malingering—feigning an illness for a more tangible personal benefit. Dr. Marc D. Feldman literally wrote the book on factitious disorder (in fact, he’s written four, with a fifth in the works). He’s the clinical professor of psychiatry and an adjunct professor of psychology at the University of Alabama, and he’s also a distinguished fellow of the American Psychiatric Association. He told HealthyWay that factitious disorder exists on a spectrum, and the internet has acted as an enabler for some of these people. “The most extreme examples of factitious disorder are called Munchausen’s syndrome,” Feldman says. “That refers to people who evolve a lifestyle of doing little else but traveling from hospital to hospital, getting themselves admitted, even undergoing surgeries that they really don’t need.” Feldman coined the term “Munchausen by internet,” which psychologists are using to describe individuals who act out factitious disorders online. “People go online and lie about their medical conditions to attract attention and sympathy, and that’s what all [people with factitious disorder] have in common: the search for love and care and concern that these people feel unable to get in any other way,” Feldman explains. That behavior can seem quite perplexing to laymen, who often see Munchausen sufferers as exploitative. “People looking at the situation may be really complexed as to why somebody would do this,” Feldman says. “You have to understand it in terms of people’s individual psychodynamics. Something internal is driving them to behave in this way, and in that sense, it’s not obvious to the observer.”

The name, by the way, comes from the literary character Baron Munchausen, who was well known for entertaining dinner guests with impossible tales of his adventures. Unlike the fictional nobleman, however, Munchausen patients often face serious repercussions as a result of their lies. “By definition, factitious disorder patients are aware either that they’re not really sick, or that they’ve self-induced the illness they claim to have,” Feldman says. “…I think they’re coming from a place of desperation. They don’t know what else to do. Now, they tend to have personality disorders, which just means that they have long-term maladaptive ways of trying to get their needs met. They do things that are self-defeating.” The scope of the problem is remarkable. One study found that 1.3 percent of hospital patients have factitious disorders, while a separate review suggested that the number may be as high as 3 percent among referrals. However, Feldman notes that large-scale studies are inherently difficult, since doctors only catch the most extreme cases. That also leads to issues when doctors attempt to find the root causes of the behaviors. “These patients lie about their health, and they lie about other things as well in some cases,” Feldman says. “They very often say that they’ve been abused in childhood…and as with any adult, talking about childhood, it’s hard to know what’s really happened. It’s hard to corroborate events that may have happened 20 years earlier.”

While Munchausen disorder is troubling, Munchausen by proxy is an even more disturbing condition.

In this syndrome, a caregiver makes up an injury or illness for another person—typically a dependent child. By definition, Munchausen syndrome by proxy (MSPB) involves abuse, and some patients evade detection for decades. The case of Gypsy Rose Blancharde and her mother, Dee Dee Blancharde (formerly Blanchard), is one of the most high-profile examples of MSBP. For almost all of Gypsy’s life, Dee Dee claimed that her daughter had various health issues including cancer and muscular dystrophy; she didn’t. Dee Dee forced Gypsy to take dozens of medications a day; Gypsy used a wheelchair for over a decade, despite the fact she was able to walk. The Blanchardes received community support in the form of donations, free vacations, and even a wheelchair-accessible home. In 2015, Gypsy conspired with her boyfriend, Nicholas Godejohn, to kill Dee Dee. Though Godejohn committed the act, Gypsy is currently serving 10 years for her part in the crime. Physicians who were involved in Gypsy’s care have been criticized for missing the signs of Munchausen syndrome. How could Dee Dee have misled medical professionals for so long? “Doctors, as a group, are tremendously gullible, and it has to do with how we’re trained,” Feldman explains. “We’re taught to listen to what the patient says as the single best indicator of what’s going wrong. We’re not taught, in medical school or residency, to question what a patient or family says, and I think that’s how you stumble into situations like that of Gypsy Rose Blancharde.” “Doctors might have their suspicions, but they don’t pursue them,” Feldman continues, “partly because they can’t imagine that in a Munchausen by proxy case, the mother would lie about her child’s health, but also because they don’t have the time to really ponder a case and really read through all of the outside records.” He adds, “People seem surprised when somebody with minimal education like Dee Dee Blancharde could mislead so many doctors, but it’s really easy to do. And it’s counterintuitive, but it’s a fact.”

MSBP also occurs via the internet, but as Feldman notes, it’s impossible to determine the scale of the issue.

The internet makes it too easy to hide. He notes that when people use the internet to lie about medical conditions, their behavior isn’t technically considered a disorder—but he expects that to change. “I think we’re only recognizing the tip of the iceberg when it comes to Munchausen by internet,” he says. “…Nobody can say how common it is, because again, I think we’re missing most of the cases. The patients are so extreme in what they have to say that [the lie] becomes obvious. Most patients are more subtle than that.” In a 2000 paper on factitious disorder and the internet, Feldman noted some of the symptoms that patients—whom he calls “posers,” since, again, Munchausen by internet isn’t an official disorder yet—frequently display when posting on forums and blogs.

I think they’re coming from a place of desperation.

Posers often discuss dramatic recoveries and make fantastic personal claims. The characteristics of their supposed illnesses are portrayed extravagantly, or they’re duplicated from other sources, and the length, frequency, and duration of the posts don’t match the claimed severity of the illness (for instance, a person with septic shock might write a 2,000-word diatribe). Sufferers will also claim that online groups aren’t sufficiently supportive. They may also be unusually upbeat about severe crises. In some cases, they write blogs or social media posts from “other people writing on their behalf” that just happen to use identical writing patterns.

Still, calling out Munchausen sufferers can be somewhat dangerous.

Feldman recommends using a compassionate approach rather than simply calling attention to lies in a public forum. “I think it’s okay to confront a poser with inaccuracies or inconsistencies in what they’re saying, but I think it needs to be done by just a small group of people in a private email, as opposed to posting on the website, ‘You’re a liar,'” he explains. “If the poser is able to accept what’s being said, [that process] leads to a lot greater understanding and satisfaction on the part of the people who have been victimized.” And while people with factitious disorder might seem selfish or uncaring, Feldman says that’s not the case. “They’re not getting the nurturance and care that the rest of us have learned to get in healthy ways,” Feldman says. “Out of desperation, they go onto the internet or fake an illness in real-life, while perhaps knowing that it’s ultimately going to backfire.” “But they don’t know what else to do. And I’ve talked to a lot of these patients, and they’re nice people who are perhaps misguided, or perhaps have a personality limitation that means that they can’t be straightforward when they need something. They lie to try to get it.”