Motherhood In Denmark: How The Danish Excel At Postpartum Care And Raise The Happiest Children In The World

Danish moms are said to raise the happiest kids in the world. But do American moms really need to change? 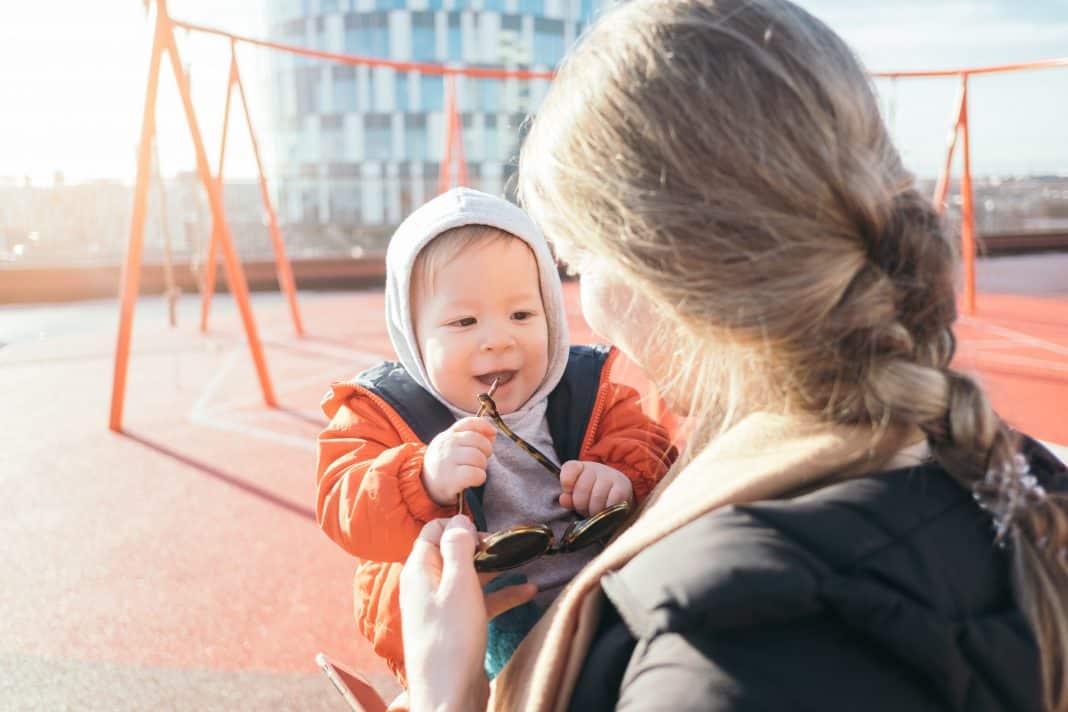 Imagine giving birth to your new baby, knowing you’ll be getting your full salary for the next 14 weeks…while you’re on maternity leave. Even better? If you’ve got a partner, picture a year’s worth of paid parental leave between you—all protected by the law. Welcome to Denmark, the country that often tops lists of the world’s happiest people. It’s the country that gave us the concept of hygge, the cozy notion that took over the internet in 2016, encouraging us all to throw off our cares and get under a knit blanket with some comfy slippers. It’s also home to babies with some of the lowest rates of colic in the world and a place where all kids are guaranteed a spot in public daycare…with the government footing a chunk of the bill. It may sound like a dream, but the Danish system is helping raise some of the happiest kids in the world. So what can we learn from them?

You don’t have to be a parent to know that paid parental leave is hard to come by in the U.S. The country’s Family & Medical Leave Act guarantees new moms just 12 weeks of time off from their jobs—unpaid—and even that has exceptions, with many small employers exempt from giving new mothers time away from the office. How much time, if any, a mom (and/or dad) takes is dependent on their own situations, but American moms who are feeling guilty about taking time off from the job can look to the Danes for a little reassurance that it’s okay to take as much time as they need. Denmark guarantees moms and dads time—with pay—to get to know their new babies and get into the swing of parenting. Moms get four weeks of paid time off during their pregnancy to prepare for birth plus another 14 weeks after the birth. Dads get two full weeks of paternity leave. On top of that, parents are guaranteed another 32 weeks (yes, with pay) to share between them. Parents can be out at the same time or trade off.

Guilt about working motherhood runs high here in the States, where parents are often at odds over work–life balance. But the stay-at-home/work-outside-the-home debate is much quieter in Denmark. The country boasts the second highest rate of employed moms in the world, with 78 percent of moms working once their kids are in school. The choice over whether to work or stay home is a personal one, but if Danish moms teach us anything, it’s that there’s no reason to worry if you’re one of those out-of-the-home moms. Not only do they embrace their love of their jobs, but their kids grow up to be happy and healthy!

Let them be little.

It’s no surprise that the country that gave us LEGO is also a place where kids have a whole lot of fun. Danish moms and dads have an advantage: Their country has recently been ranked one of the safest in the world. And they take full advantage of this fact. Kids in Denmark are given a lot of leeway to play on their own and foster independence. Iben Sandahl and Jessica Alexander, authors of The Danish Way of Parenting: What the Happiest People in the World Know About Raising Confident, Capable Kids, posit that free play is what helps Danish kids not only develop self-control but also to be more resilient and bounce back from adversity. It follows that kids who learn to handle adversity without being bogged down in it would become happier, more well-adjusted adults. But it isn’t just independence that matters. Danish kids tend to be fully immersed in what it means to be a kid. Two-thirds of them play sports and get a whole of what’s known as “frisk luft,” aka fresh air.

(Let them) get smart.

Education is important, and the Danes have built a system that helps kids prepare for the future with the support of the whole country behind them. University is free for students in the Scandinavian country, paid for by their parents’ (and everyone else’s) taxes. But the Danes don’t just push kids into college. Vocational training is also a major component of the education system, where kids are given the chance to explore their own path. Not surprisingly, the independent streak forged at home during playtime is fostered here too, with an emphasis on self-guided, hands-on education. The takeaway for American parents? Letting kids take the reins in education may have its advantages. Sure, you’re still responsible for making sure they get their homework done, but you don’t have to stand over their shoulders and correct all of their grammar while they do it.

Go easy on yourself.

With all the good news coming out of Denmark, you might be thinking it’s time to make a move. But it bears noting that for all the happiness and freedom, nobody’s perfect…not even Danish moms. When researchers looked at parental happiness in countries around the world, the U.S. had one of the largest “happiness gaps” out there, but the researchers noted it was tied to social support systems. Denmark’s postpartum care, free education, and subsidized daycare all take a giant load off moms’ shoulders. If you don’t have that kind of support, you deserve all the more credit for being an all-star mom. And while Danish adults tend to be some of the happiest out there, it isn’t all roses and clover for the Danish moms. In one study of how having kids affects parents, Danish parents showed an increase in happiness after child number one, but if they went on to have more kids, that number dropped off. Even Danish moms get the blues! At the end of the day, no matter where you live, the choices you make for you and your family are most likely to be the right ones. After all, you’re the mom. And mom knows best.