How I Survived A Seven-Day Juice Cleanse

Juice cleanses may seem like a fad, but they can be an excellent way to jump-start yourself into healthier eating habits, increase your energy, and even reverse some health issues. I just completed a seven-day juice cleanse, so take it from me. 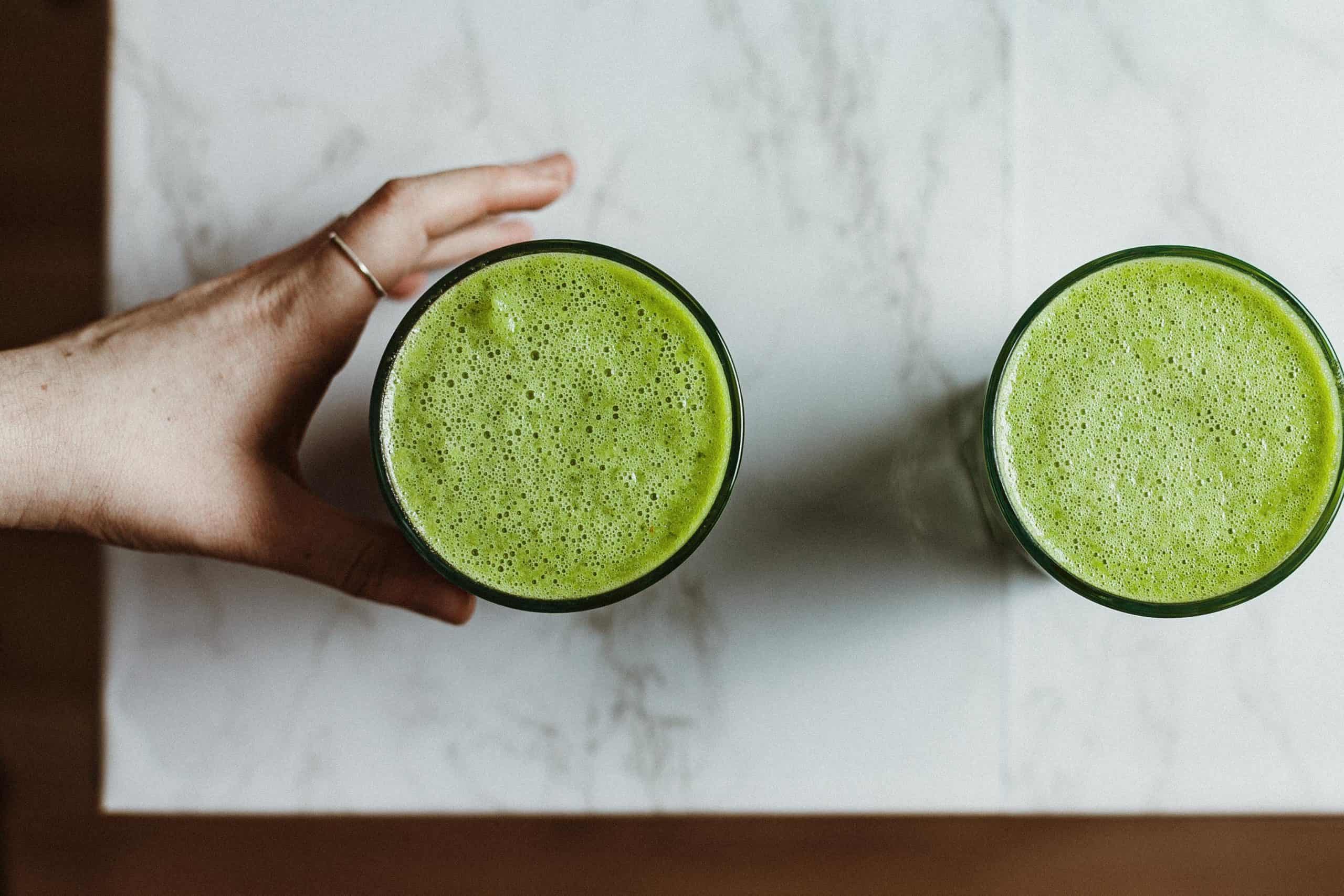 I didn’t plan to start my juice cleanse on December 29. It just kind of happened. I was planning to start on January 1 like a normal person. But when our New Year’s Eve plans got canceled, and I was already halfway through the day on just juice, I decided to go for it and start early.

This wasn’t my first juice cleanse but it was my longest. I completed my first juice cleanse in January 2012. After spending the previous two years with zero energy and in constant pain from fibromyalgia, I was finally ready to do anything. And after seeing the documentary Fat, Sick & Nearly Dead, I knew juicing was worth a shot. In the documentary, Joe Cross juices for 60 days straight. His results were amazing. Not only did he lose 60 pounds, but he was able to reverse the symptoms of his autoimmune disease.

I decided if juicing could help him do that, then it could help me, too. It might not completely heal me, but it might leave me feeling better. And, if nothing else, my diet could certainly use some improvement. In the end, I put together a plan based on those found at Joe’s website. I juiced for five days, followed by five days of only eating and drinking fruits and vegetables. It wasn’t an instant fix, but my energy improved within just a few days, and a few months later I had practically recovered.

So, Why Do It Again?

For a year or so after my first cleanse I ate an extremely healthy diet. Over the four years since that first juice cleanse I continued to juice almost daily. I also attempted a few short juice cleanses, but I rarely completed them. Most of the time I felt like I was doing well enough that it wasn’t necessary. However, this last year has been different.

I have continued to avoid gluten and dairy, but in the last year or so I’ve been eating fewer and fewer fruits and vegetables and more and more meat. I’ve also been eating a lot more processed foods and eating out way too much. So my goals this time were to retrain my taste buds to love plant-based foods again, get back to juicing on a daily basis, and just start eating better.

Looking back at my first juice fast I can remember how strong the cravings were and how hard it was. By the fifth day, all I really wanted was a celery stick–just anything that I could bite into. I didn’t really have that problem this time. However, I did change things up a bit.

Instead of strictly juicing for seven days, this time I allowed myself one smoothie each day. These were still juice-based but with some whole fruit and/or veggies combined. Sometimes it was nothing more than adding a banana to my orange-pineapple-cranberry juice, while another day I picked up a smoothie from my local juice bar that was packed with a little bit of everything. Adding in the smoothies gave me more substance and helped reduce the cravings.

I was much more prepared this time, because:

2. I knew how to juice. Last time I actually borrowed my mom’s juicer the day before I started the juice cleanse, and that was the first time I juiced.

3. I knew where to shop. The first time I did a juice cleanse I started on January 2. I didn’t have the produce ahead of time and went out to buy it on January 1. Not much is open on New Year’s Day, and I ended up paying significantly higher prices.

Despite being much better prepared this time around, there were still issues. The first two days on the juice fast I didn’t drink enough juice. Ideally, you should drink a minimum of four 16-20 ounce juices each day. The number should really be more like five or six juices each day. That left me hungrier than I should have been and may have slowed down possible improvements.

On day three I had massive cravings, and I almost gave into them. I just wanted meat and food in general. I didn’t want to juice. I had to remind myself why I was doing it and more importantly, how mad at myself I’d be if I just gave up at that point. My goal was seven days, and I was going to reach that goal.

It really didn’t help that day three fell on New Year’s Eve. Although our original plans had gotten canceled there was a part of me that wanted to just chuck the previous two days and say I’d start again tomorrow. However, I knew I’d already made it to the worst day. Why would I want to hit it again? Also, if I chucked the progress I’d made and went out to party, it would have been even harder the second time around.

Day three is typically the day that most people go through detox when juicing. It’s the day of headaches (and I did have a mild one), mood swings (and I had them), and for some people even nausea and worse. Luckily, I’ve not had really bad side effects from any of the juice cleanses I’ve completed. I think that this time it helped that my diet has been pretty clean the last few years. I don’t drink a ton of caffeine or eat a lot of processed foods. While I’ve allowed more of the latter into my diet in the last year, it’s still a relatively low amount. So, all in all, “detox day” wasn’t too bad.

On the fourth day of juicing, I woke up with a massive amount of energy. I started my new year off right by jumping on the treadmill and doing a 30-minute run/walk workout. Then, after making my juice for the day, I decided that I needed to clean the kitchen. I don’t mean just clean up after juicing, but clean the kitchen in a way that my husband only sees me do when I’m angry about something. Now that’s an energy boost!

Putting My Resolve To The Test

On day five I managed to attend two social gatherings without giving into cravings. I really didn’t even crave any of the food that I saw. We attended one party where I knew there would be a lot of good food. Instead of risking being hungry, I just took a juice with me to sip throughout the evening. This worked great, and the juice lasted until about the time we were ready to leave. We went from there to another gathering. Not knowing how late we’d be out, I decided to take another juice with me. As we walked out the door, my husband tried my juice and loved it. It turned out to be one of my new favorites as well.

*Juice all items and enjoy. You might even want to top it with a sprinkle of cinnamon.

I finished out the full seven days of juicing without any issues and with no major cravings, other than day three. I have no idea how long I could have kept going, but I felt like I could have continued with only juicing/smoothies indefinitely. However, on the eighth day, I returned to eating. My plan at this point is to continue eating a vegan, grain-free diet for at least another week before I start adding in other food groups to see what foods my stomach tolerates well and which ones it doesn’t.