Here’s How The Pill Might Be Affecting Your Romantic Life

What if a pill could determine who you fell in love with? This is not science fiction—it's birth control. 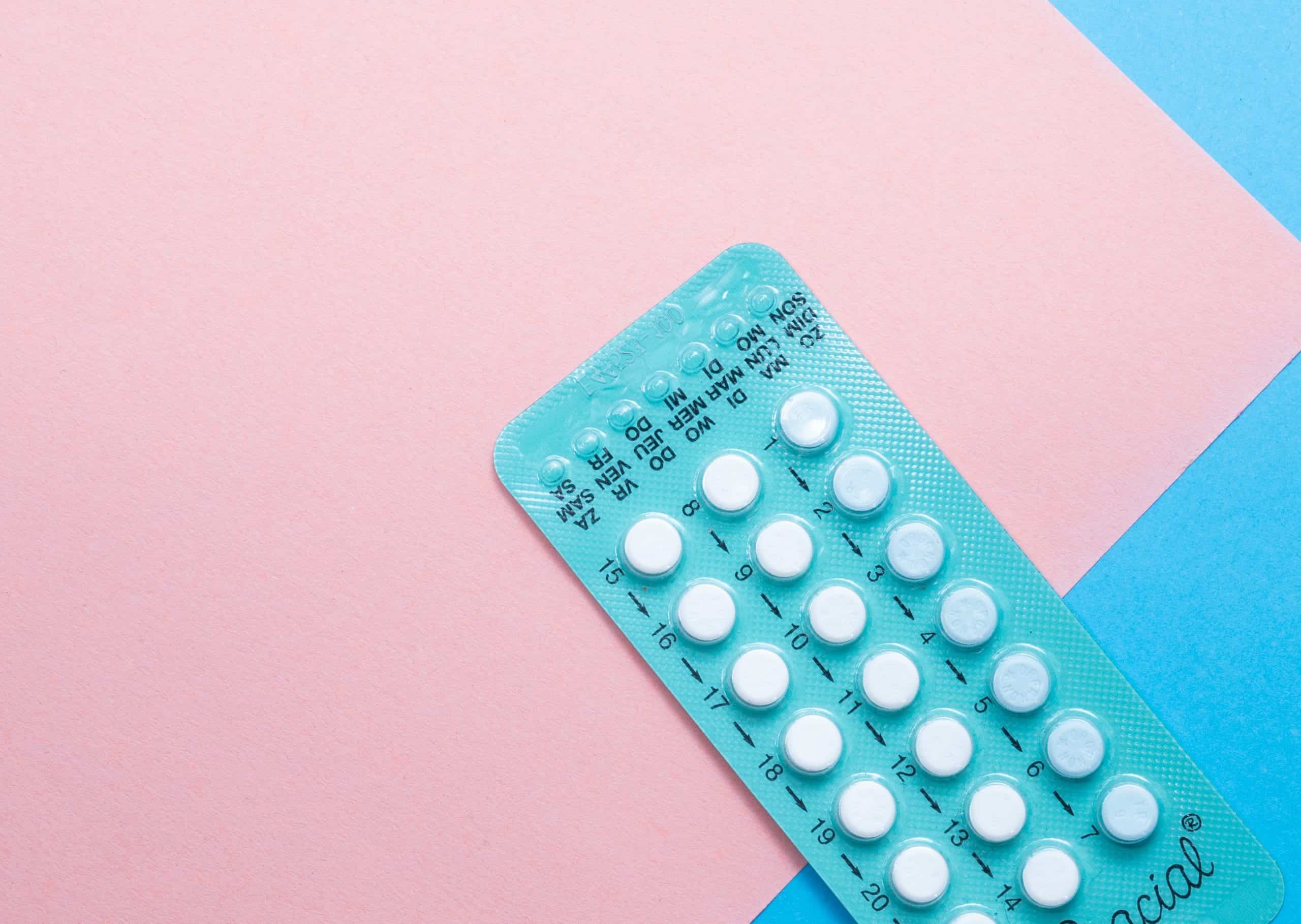 What you know, you don’t really know. It’s a central plotline in many horror movies, psychological thrillers, and The Matrix: The identity of someone you’re close to—or your own identity—suddenly changes or is revealed to have been an illusion all along.

Imagine thinking you’ve found the person you want to spend your life with, only to stop swallowing an aspirin-sized collection of hormones at noon every day and bam! he’s a dud. Almost worse than Rosemary’s Baby, right?

That’s probably not an accurate representation of what happens when most women get off oral contraception, but there are a number of studies suggesting that being on birth control pills, or going off of them, can affect women’s preferences in love—and that’s kind of disturbing. Read on to learn eight ways the pill may be affecting  your romantic life:

1. Going off the pill may make you less attracted to your beau.

It’s bizarre to think that going off the pill could change the way you feel about your honey bear, but that’s exactly what one 2014 study published in the Proceedings of the National Academy of Sciences found. The study followed 118 couples who’d met while the women were taking oral contraceptives, and the results showed that women’s attraction often changed once she got off the pill.

Here’s the superficial kicker: This was determined largely by how conventionally attractive the dude was.

As the Florida State grad student and lead author on the study, Michelle Russell, tells Time: “Women who choose a partner when they’re on hormonal contraceptives and then stop taking them will prioritize their husband’s attractiveness more than they would if they were still on it. The effect that it would have on her marital satisfaction would carry more weight.”

But why? One possibility, according to Russell, is fluctuating estrogen levels.

2. Going off the pill may cause you to crave an alpha male.

You’ve never really been into those frat-bro, slightly-funky-smelling, ostentatiously carnivorous types who frequent your gym. But suddenly you’re off the pill and you can’t stop a certain inner-growly feeling when they grunt and drop their weights from too high like the lunkheads that they are. Even as your brain thinks they’re ridiculous, your lady region has been ignited. What on earth is going on?

According to Oakland University psychologist Lisa Welling, going off the pill may give you a strong hankering to bed an alpha male that you haven’t experienced before, because women are often attracted to uber-masculine guys during peak fertility, which, of course, isn’t experienced when taking hormonal contraceptives.

“Some really interesting research has found that women’s mate preferences change across their menstrual cycles,” Welling tells Shape. “This suggests that the hormonal contraceptive pill may alter, at least to a small extent, what traits women find appealing in a partner.”

3. Being on the pill may affect your ability to sniff out Mr. Right.

Ever heard of genetic dating sites, the ones that supposedly help you match with your perfect partner by studying your spit? It’s basically an attempt to get down to a science what women have been doing intuitively since they’ve been reproducing: sniffing out compatible mates.

As Melinda Wenner writes for Scientific American: “Hidden in a man’s smell are clues about his major histocompatibility complex (MHC) genes, which play an important role in immune system surveillance.

“Studies suggest that females prefer the scent of males whose MHC genes differ from their own, a preference that has probably evolved because it helps offspring survive: Couples with different MHC genes are less likely to be related to each other than couples with similar genes are, and their children are born with more varied MHC profiles and thus more robust immune systems.”

Okay, cool. Now, here’s the creepy (?) part: Although when you’re off the pill, you may be more likely to sniff out someone who’s genetically dissimilar with complementary immunities, according to several studies, when you’re on the pill you may prefer men who have familiar immunity genes. Yikes!

All of this said, you shouldn’t go dumping all your pills just yet; the research is inconclusive because of so many mixed results.

4. Yo-yo consumption of the pill may lower your relationship satisfaction.

Yo-yo dieting. Yo-yo dating. Yo-yo master. It seems that almost as a rule, putting “yo-yo” as a descriptor before anything makes that thing less impressive and maybe even kind of negative. And hormonal contraception is no exception.

This is pretty much common sense, but taking your body through a hormonal roller coaster by going on and off the pill is not a very good idea.

We aren’t doctors, but it doesn’t seem like your emotional state or your physiology would fare well with such ups and down. According to one 2014 study published in Psychological Science, it’s not a great plan for your romantic relationship either.

As Charlotte Alter writes in Time: “[The] study of 365 couples…found that women who went on or off the pill during a relationship were less sexually satisfied than women who were consistently on the pill or who had never been on it.”

5. Being on the pill may squash your, ahem…drive.

The complex cocktail of hormones, emotions, and attitudes that make you want to get freaky can be hard to pin down, whether these things are shaped by Mother Nature or artificially by the birth control pill.

“The pill’s relationship with sexual desire is complex,” Vanessa Marin points out in Lifehacker. “It’s also, unfortunately, one of the least-researched aspects of potential side effects.” (We’d love to see a side-by-side comparison of the money spent researching erectile dysfunction.)

In addition to the possible hormonal changes that could create a decrease in desire, the pill can affect a woman’s ability to produce natural lubricant. In addition to potentially making the act “uncomfortable or even painful,” since “[s]ome women associate getting wet with being turned on…dryness can be interpreted as a psychological signal that she’s not aroused.”

6. Being on the pill may increase your drive.

On the other hand, being on the pill offers some degree of assurance about one particularly important outcome—namely not getting pregnant—that can provide many women with a psychological security conducive to lovin’.

In addition, birth control pills can allow you to skip periods. If you’re not into romantic interludes during your period, or if your significant other isn’t into “riding the crimson tide” (eye roll), skipping menstruation can mean more viable days for getting it on.

Also, if you take the pill to lessen your amount of cramping, you’d probably agree that you’re more willing to seek out frisky times when you don’t feel like your insides are being slowly crumpled and twisted like a Stretch Armstrong doll.

Finally, some women take the pill for taming acne, specifically hormonal breakouts. When your face is clear, your confidence is higher, which may lead to more amorous feelings and activities. Ooh la la!

7. Being on the pill may make you more jealous.

So, what if your college relationship was sort of defined by a gnawing jealousy that eventually turned the union into a toxic landfill that inspired you to stay single for the next decade or so? Was it all because you were a fresh-faced 19-year-old in your first serious relationship? Maybe not! It could have been influenced, at least in part, by your birth control.

The green-eyed monster comes out with the highest-estrogen birth control pills, according to the findings of the University of Stirling’s Dr. Craig Roberts, who partnered with Dutch psychologists to survey 275 women about their attitudes in romantic relationships.

As the Daily Mail reports: “Comparing the brands used with the women’s answers revealed a clear link between the drug and envy. And the higher the dose of oestrogen in the contraceptive, the more likely a woman was to be jealous. Progesterone, however, was not implicated in jealousy, suggesting that progesterone-only versions of the pill play less havoc with women’s emotions.”

8. Being on the pill may have no discernible effect on your romantic behavior, because you’re a complex human being not entirely ruled by hormonal whims.

It’s also entirely possible that the hormonal changes brought on by taking oral contraceptives would be more or less insignificant in determining how you conduct yourself in a romantic relationship. Contrary to popular belief, women are not strange woodland creatures who behave as if under some mysterious spell. (The spell is our hormones! Get it?)

Perhaps a bigger risk of being on the pill is hearing stuff like this and letting it influence you to view your own mind and perceptions as unreliable—something women have been encouraged to do for a lot longer than birth control pills have been around.

Maybe women going off the pill are more likely to be under psychological or relationship distress in the first place. For example, a woman goes off the pill because she’s no longer interested in being intimate with her partner—which may have more to do with the quality of the relationship than the effect of hormonal contraception—in the hopes that it will fix things, but in the end, it doesn’t, so they break up. Or maybe going off the pill made the possibility of becoming pregnant by her partner more immediate, which led to a more honest appraisal of the relationship.

Whether you’re on or off the pill, don’t gaslight yourself. And don’t pathologize your emotions—they can provide you with invaluable information.