Never trust a label. And don't listen to your smoothie-chugging coworker. Listen to the experts and take another step on your journey to health.

Every grocery store shelf confronts us with a host of labels that can be inconsistent at best and misleading at worst. What’s the health-conscious shopper to do?

Our mothers told us to eat one way, the news recommends another, and then there’s the internet: a never-ending swarm of questionable health claims. It seems that our best tools these days are skepticism and up-to-date scientific research to debunk these claims and myths that we’ve been led to believe.

Well, the experts have weighed in on the nine most common food claims. Here they are, in no particular order:

There is an interesting—and sometimes troubling—connection between food and sleep, but there are also plenty of misconceptions. The most common one is that eating too late at night will cause weight gain. 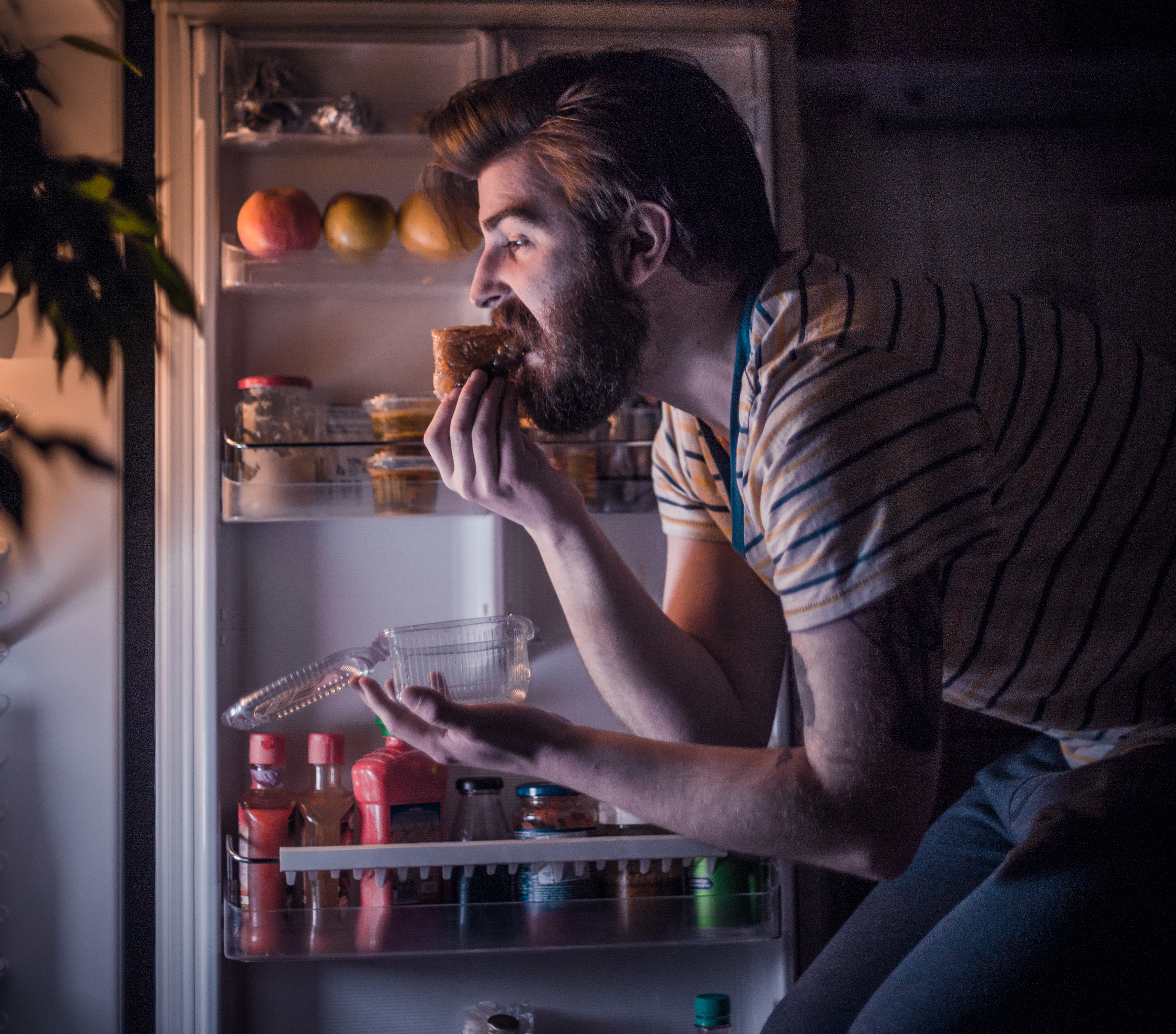 Frida Harju-Westman, a certified nutritionist with health-tracking app Lifesum, says, “This is a persistent myth, and interestingly, no one seems to know exactly where it comes from. While 6 p.m. isn’t a magical time at which we stop digesting our food and gain weight, late night eating has been found to cause weight gain (primarily because it is usually the unhealthy foods we reach for that late in the day).”

Our bodies, she says, don’t know what time it is, only the amount of calories you are consuming. If you eat a healthy diet, it doesn’t matter what time you eat it.

You Only Need Five Servings of Fruits and Vegetables a Day

Stop us if you’ve heard this one: Five servings of fruits and vegetables a day is all you need to maintain excellent health. In fact, five servings might still not be enough. 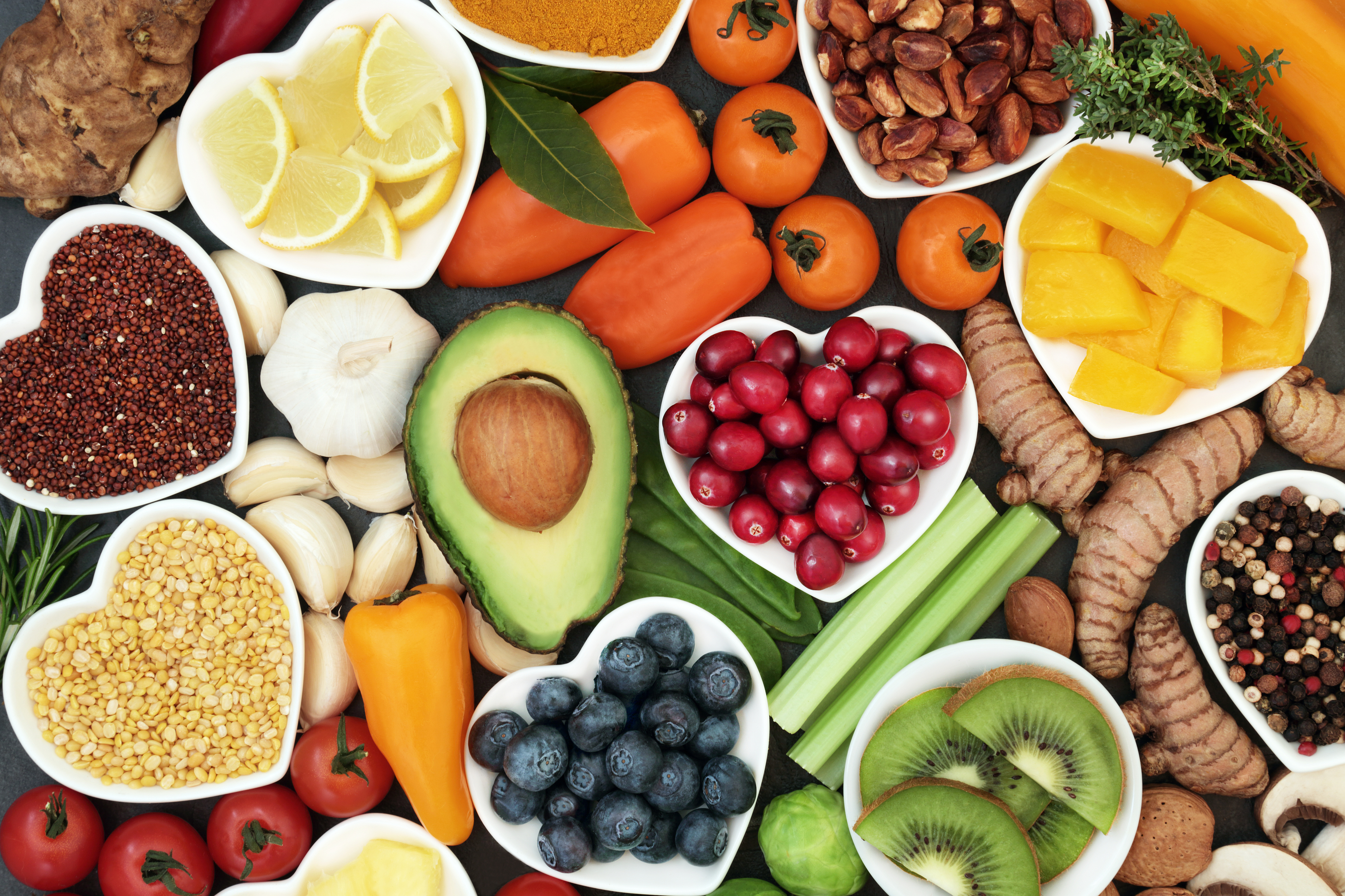 “It is important to remember that the figure was initially chosen as an achievable aim that wouldn’t overwhelm the general population,” Harju-Westman says. “Recent research by institutions in Norway, the U.S., and the UK found that eating 10 a day could prolong life and reduce diseases.” 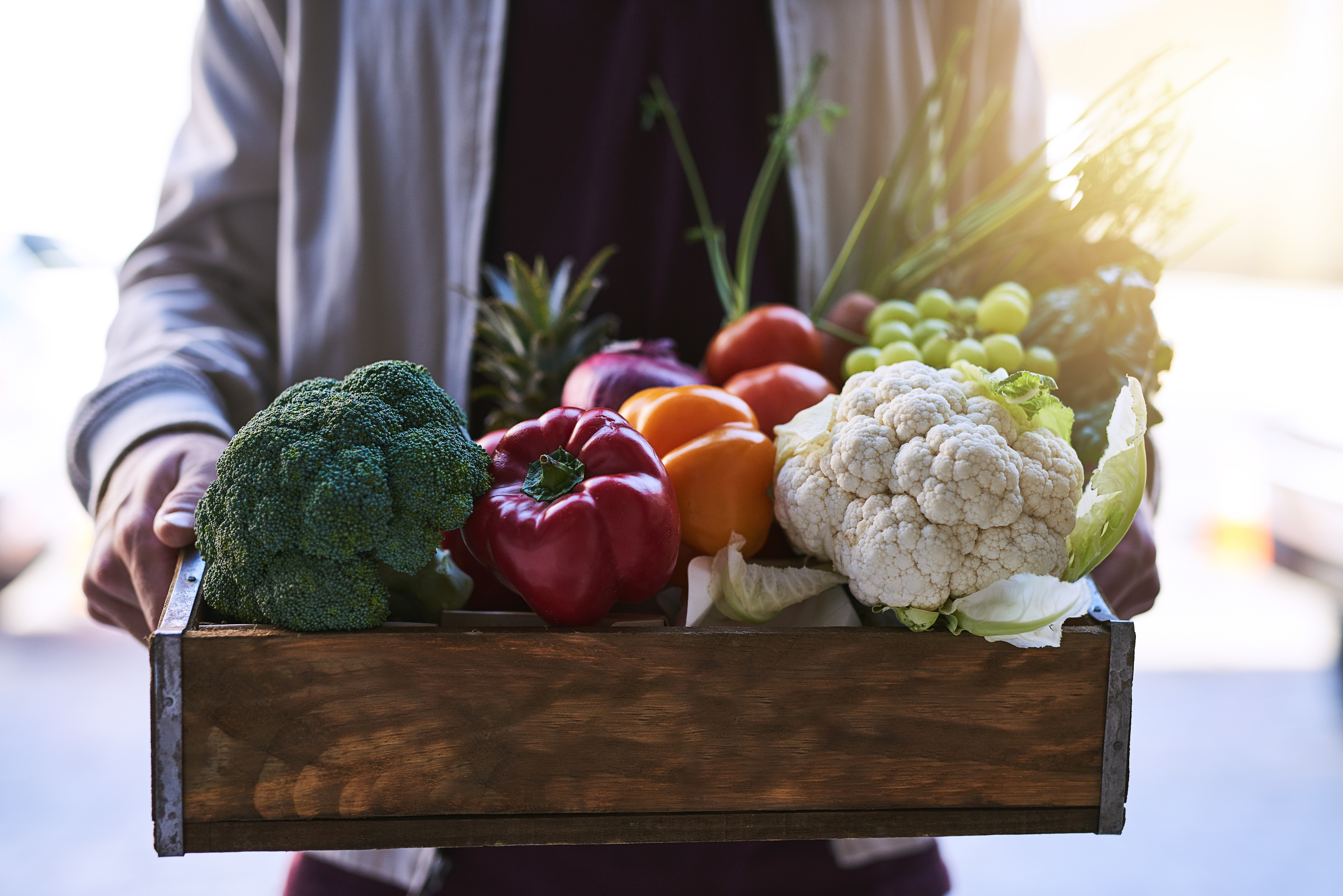 Obviously, she says, if you can only fit in five servings a day, it’s better than nothing, but eating 10 could be even better. After all, when you’re eating lots of fruits and vegetables, that means you have less space in your stomach for junk food.

Want Strong Bones? Only Milk Will Do

Countless generations of moms have made their kids finish their milk because it’s “good for your bones.” But is that really the case? Vanessa Rissetto, RD, CDN, says, “There’s this misconception that milk is really good for your bones and that it has so much calcium.”

According to the National Institutes of Health, eight ounces of whole milk contains 276 milligrams of calcium, about 28 percent of the recommended daily value (DV). A cup of fresh, cooked kale offers 94 milligrams of the nutrient, or about 9 percent of the DV, and doesn’t come packed with fat calories. 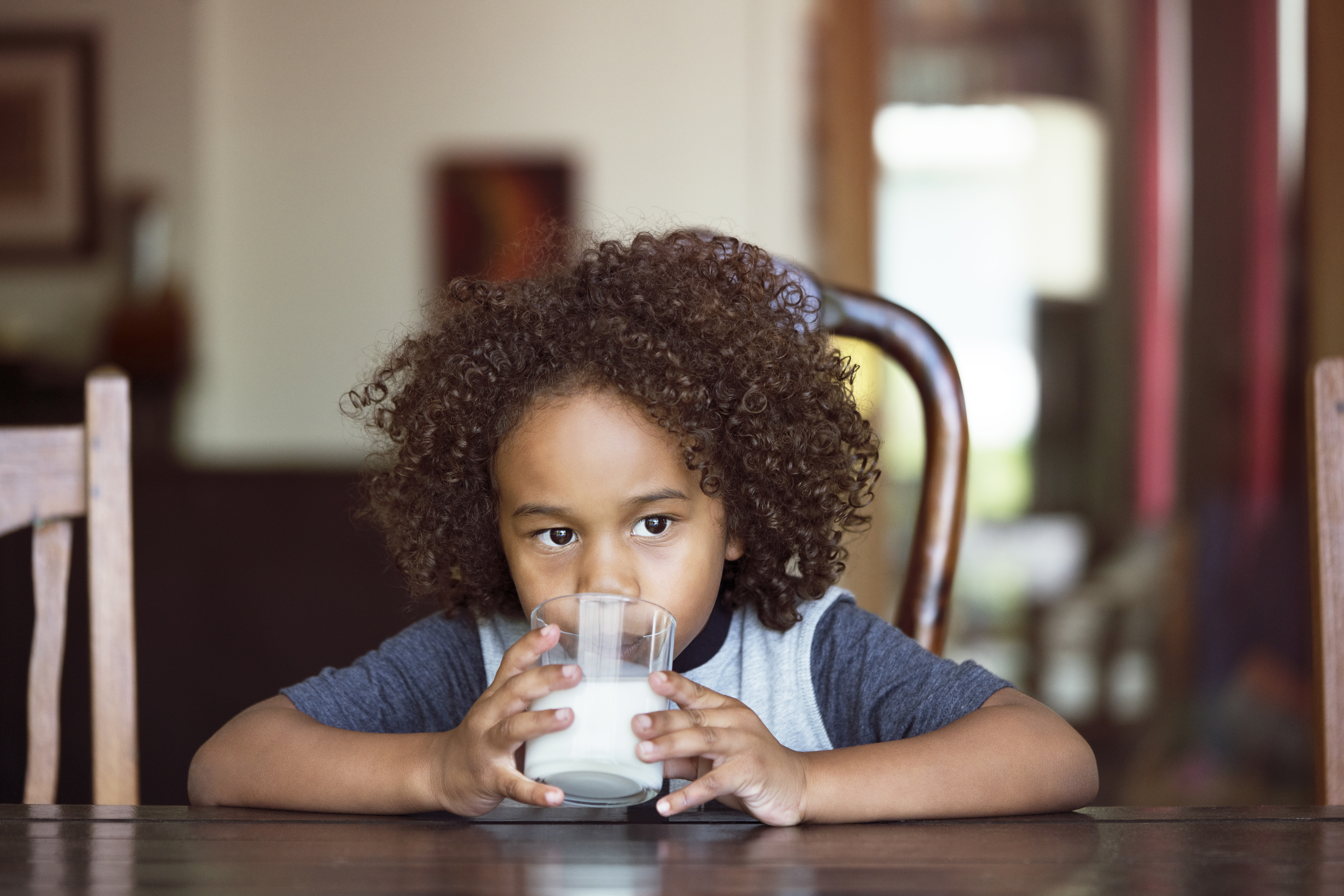 Even stranger, some studies suggest an association between milk consumption and poorer bone health. Rissetto says, “There was a study done in Sweden for 20 years that followed women who drank zero or one glass of milk per day and those that drank three glasses per day. Guess what? The women who drank three glasses were known to have more instances of fractures than those who did not.”

Her advice is to find other sources of calcium like broccoli, soybeans, kale and edamame.

Remember when we were all supposed to drink eight glasses of water per day, even when we were bloated with hydration, as far from thirsty as you can possibly be? Harju-Westman says that this arbitrary requirement is actually an overshot. 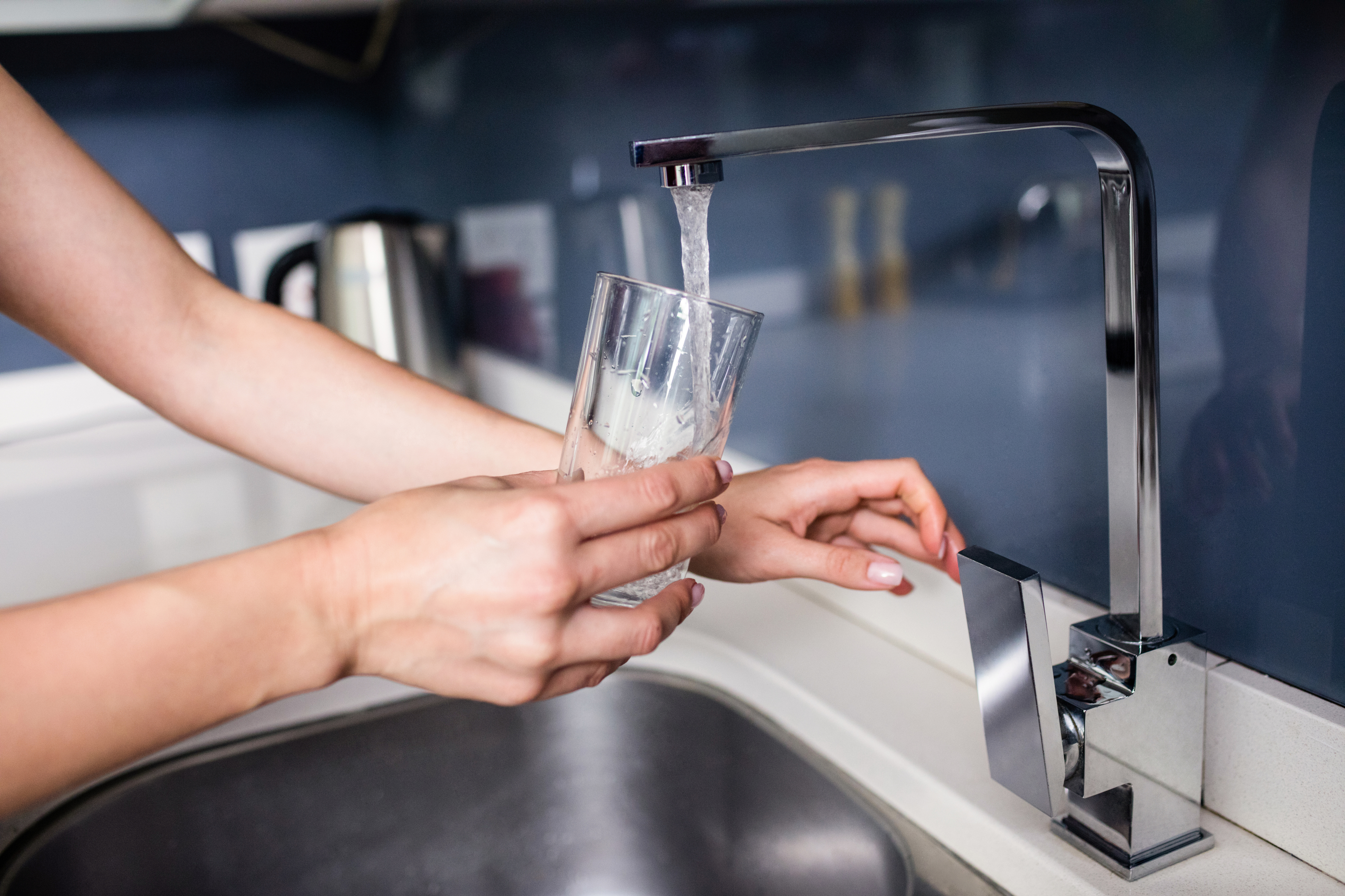 “There has been a significant amount of research which found that we don’t need eight glasses of water a day,” Harju-Westman says. “We can get some of the required liquid from other drinks, such as tea and coffee (which has been found not to dehydrate you), as well as fruits and vegetables, which also contain water.” 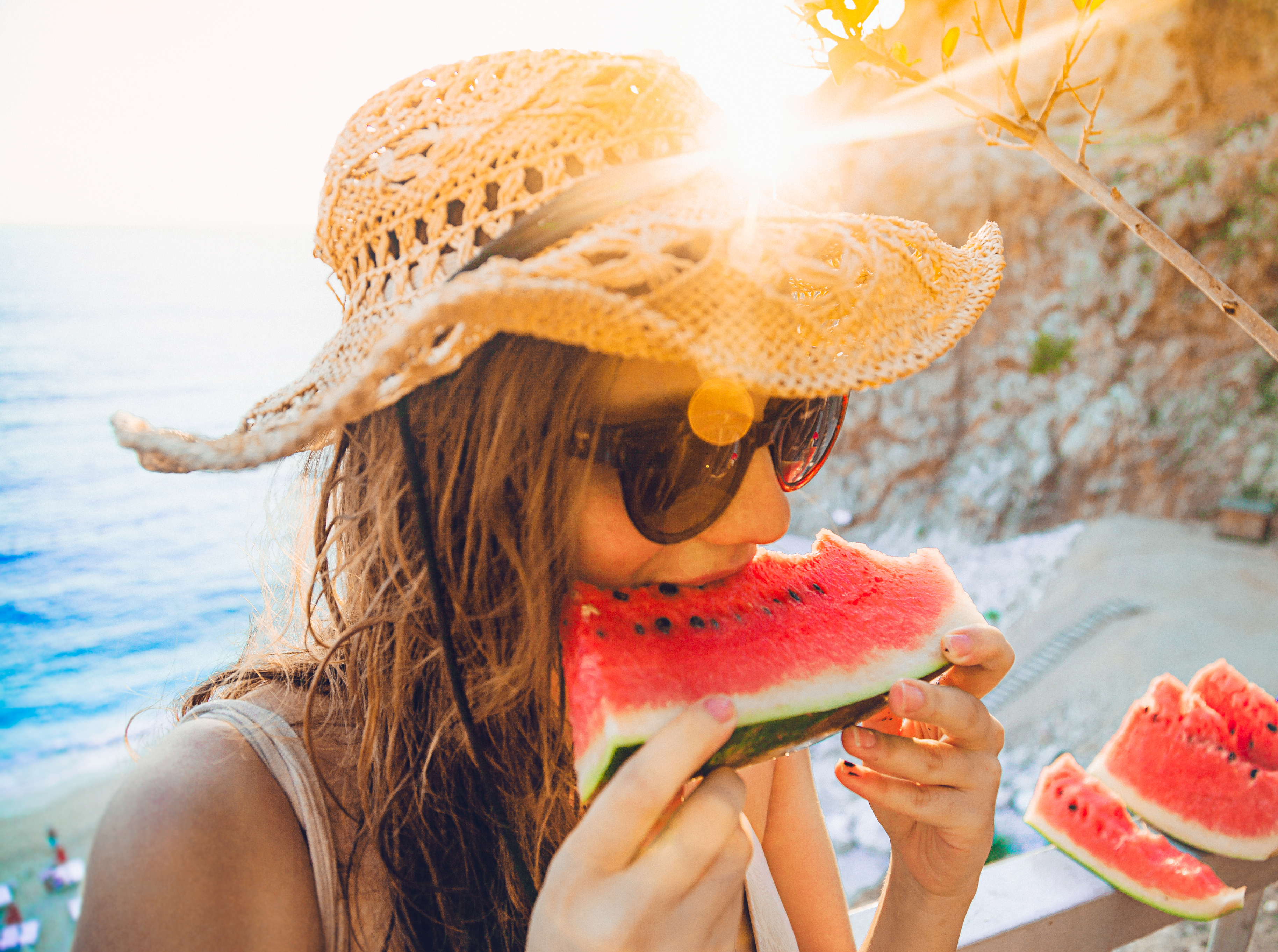 However, the nutritionist says, water is still the preferable source. Pay attention to your body’s signals so you can tell when you’re becoming dehydrated.

Carbonated drinks don’t actually hydrate you, they say. Well, it looks like “they” are wrong again. Rissetto says that carbonation doesn’t ruin the hydrating effect of the water holding the bubbles. 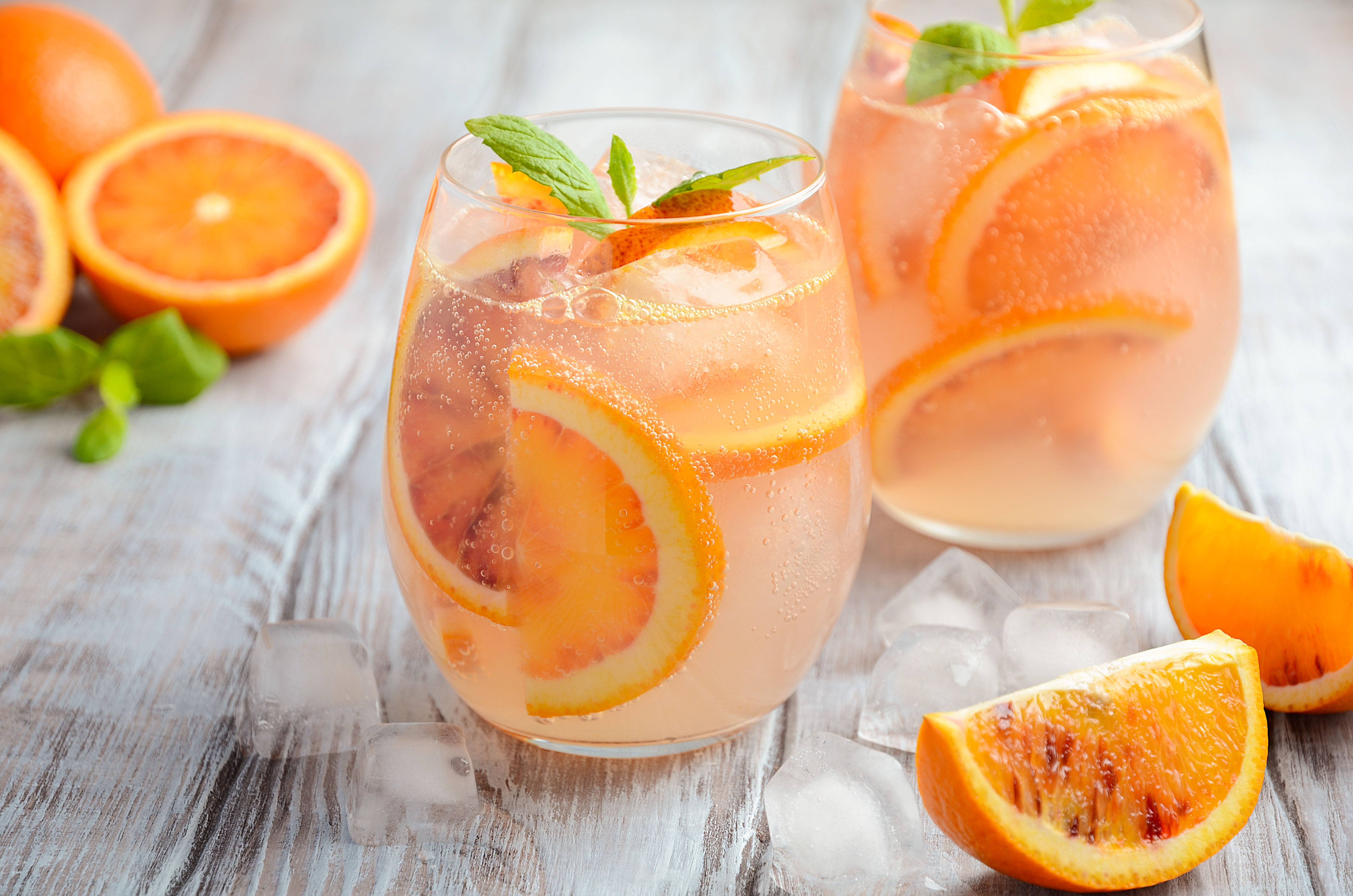 “In a recent study, they gave people who had cycled about 4 percent of their body weight regular water, fizzy water, and sugar water—the result was that the carbonated water hydrated the cyclist just as well as the regular water,” Rissetto says.

Of course, there’s a big health difference between unflavored fizzy water and sugary soda pop, which scientists still say is associated with a range of health problems from diabetes to gout.

Technically, if you have a healthy diet and lifestyle, you should never need to “detox” your body—no matter what cleansing herbal teas are on the shelf at the health food store. 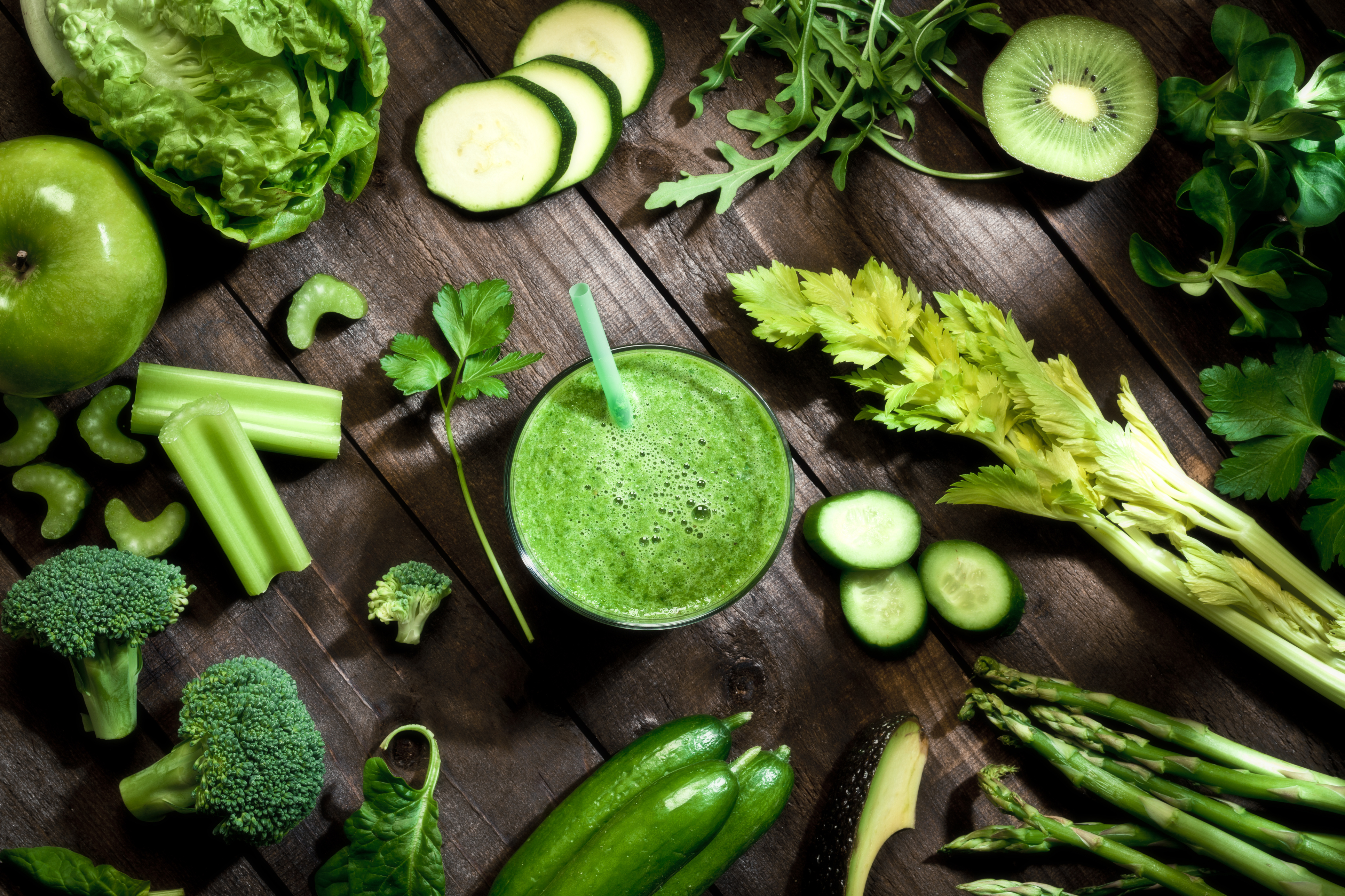 “It is important to remember that the human body is well-equipped for dealing with any toxins that enter your body,” explains Harju-Westman. “For example, your kidneys filter your blood, removing any toxins found there through urine. Similarly, the liver stops some toxins from entering your blood stream, breaking down others, which are then removed from the body.”

Maybe that’s why many experts advise that you be wary of products that say “detox” or “cleanse” on the label. Jonathan Hawkins, a health and wellness advisor with Discount Supplements, says that these products tend to be just “marketing magic.” 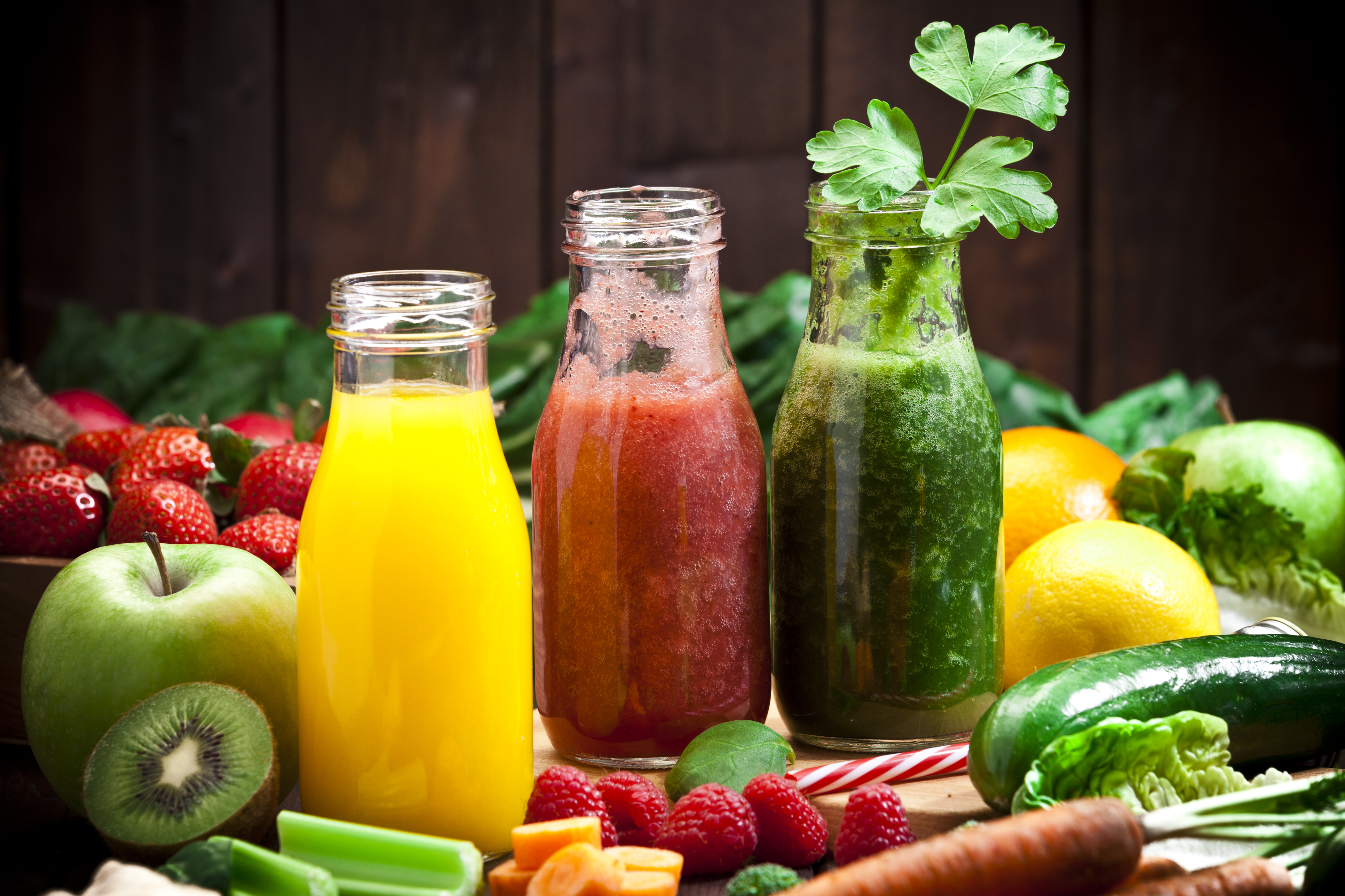 Even worse, some detox diets and products can be dangerous.

“Detox products are often just a variety of laxatives and/or diuretics, designed to physically flush your system of waste and additional water, resulting in a flatter stomach and a feeling of being lighter,” Hawkins says. “Due to the ingredients, the results are almost instant, resulting in overnight praise for the company in question. However, for centuries, the human body has worked perfectly fine at detoxing itself.”

Instead of detox products and diets, Harju-Westman suggests caring for your kidneys and liver. She suggests drinking plenty of water and avoiding fatty foods and substances that stress the liver. Do these things and your body will detox itself, she says.

It Must Say “Low Fat” or It’s Horrible

Lots of foods contain fat, but is it all bad for you? Harju-Westman says no.

“Fat is a necessary element in our diets, as the body can’t process some vitamins without the fat’s help in dissolving them into your system,” she says. “Therefore, it is important not to cut out all fats from your diet, but instead, know the difference between the healthy (monounsaturated and polyunsaturated) and unhealthy (saturated) varieties.”

Omega-3 fatty acids can be found in seafood and shellfish, while vegetable oils are particularly high in omega-6. They are both essential oils that help regulate the inflammatory process in your body and enhance brain function. 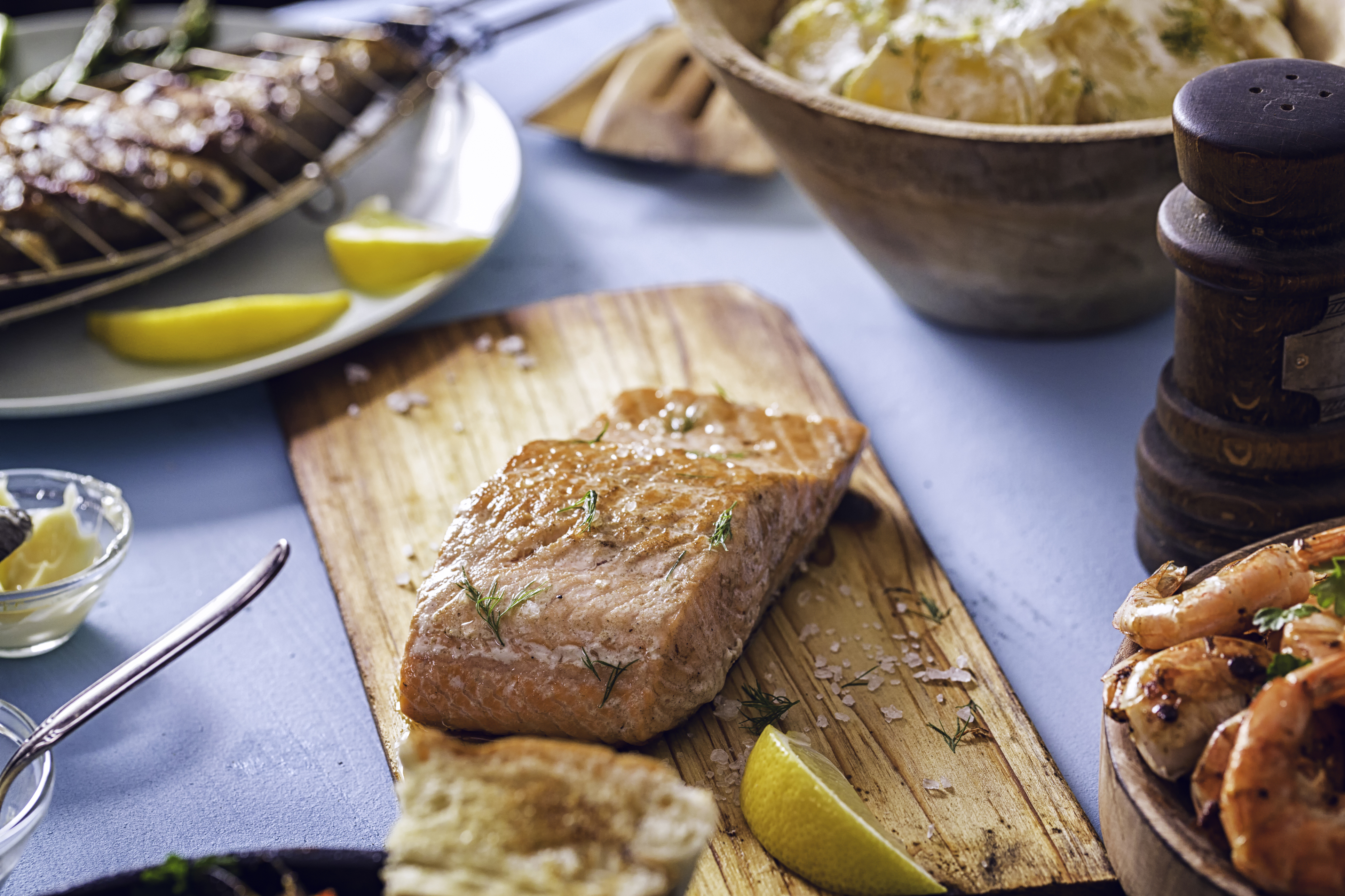 Laurie Endicott Thomas, author of Thin Diabetes, Fat Diabetes: Prevent Type 1, Cure Type 2, says that it isn’t easy to make sure you’re getting your fill of these essential nutrients.

“It is really easy to get enough of both of these essential fatty acids,” Thomas says. “It’s really hard to find anyone who has a deficiency of either one. The need for these two fatty acids was not even recognized until hospitalized patients were being fed nothing but sugar solutions intravenously for an extended period.” 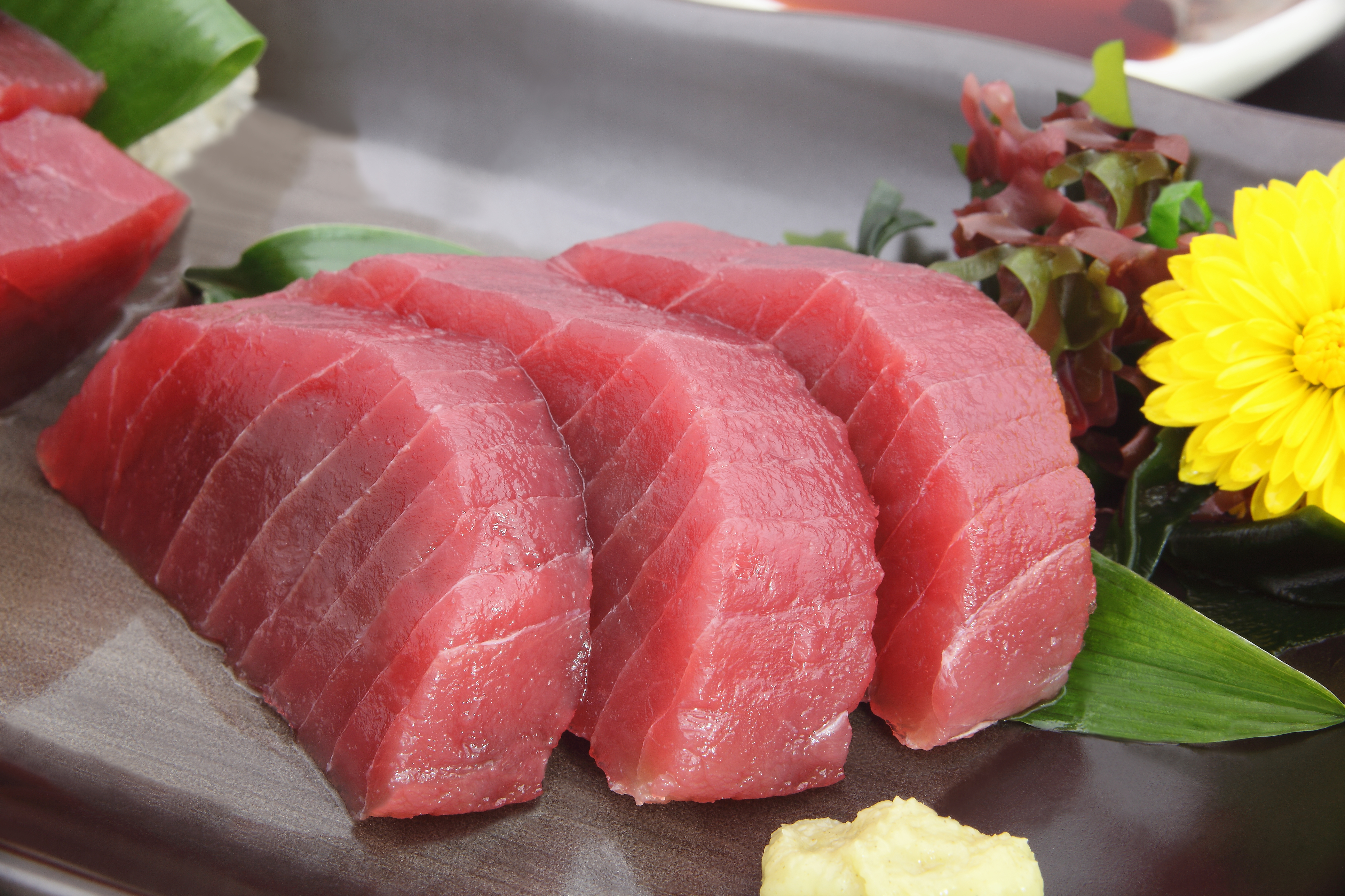 So that’s the “good” fat. Doctors still recommend avoiding saturated fats. There is a long list of foods that contain saturated fats, and the American Heart Association recommends that you get no more than 5–6 percent of your calories from the substance. However, there is a lot of data that places this recommendation under scrutiny, including a study from 2010 and another one published in 2017.

You’ve heard the news: Eating a lot of eggs will drive up your cholesterol levels. There’s just one problem—this is actually outdated advice. 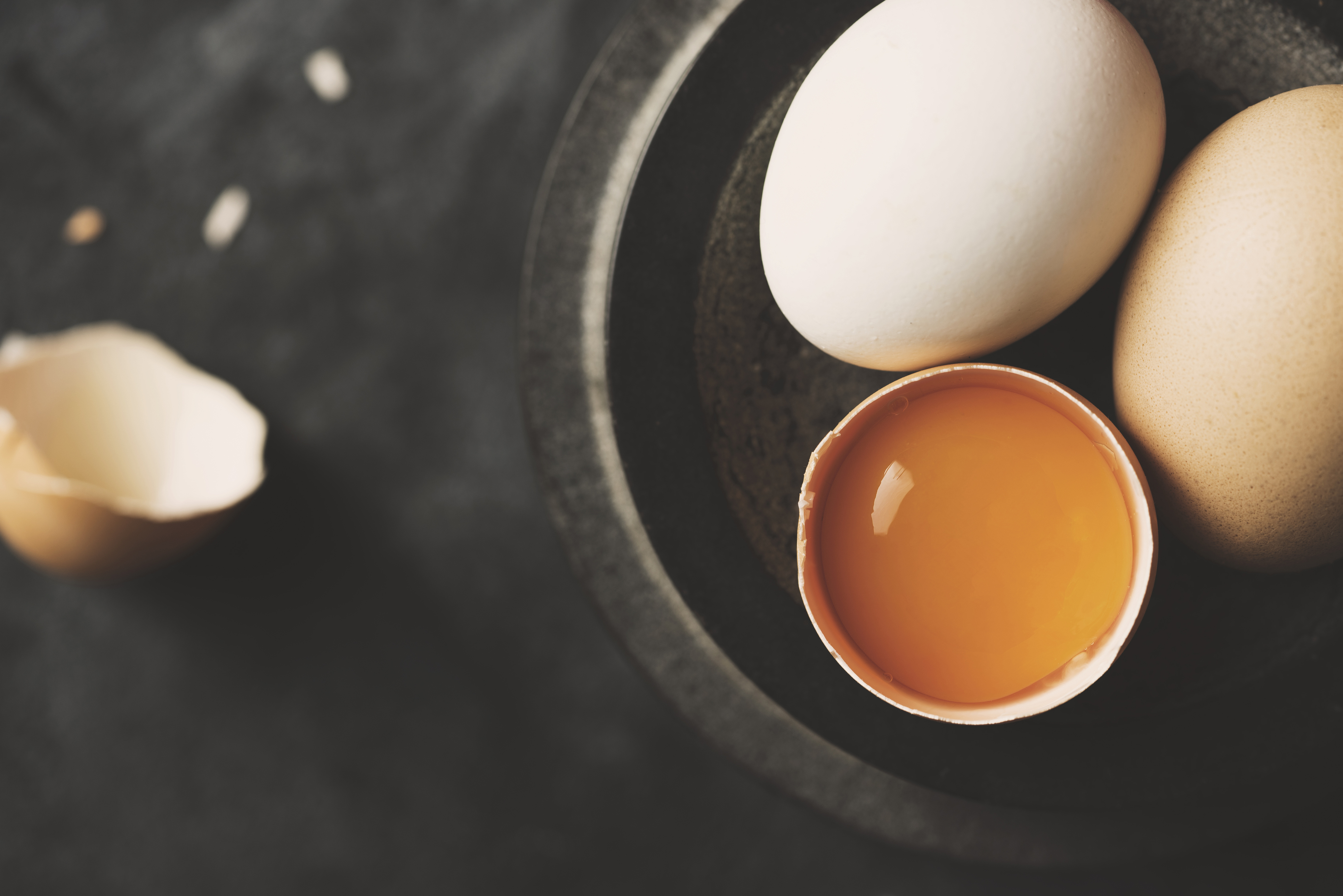 “In general, eggs are actually a very good source of iron, zinc and choline (a nutrient that is crucial for a number of metabolic functions),” Steeples says. “So they are a healthy choice. Your genetics play a much bigger part in influencing your cholesterol levels than your diet does.”

Alana Biggers, MD, MPH, an assistant professor of clinical medicine at the University of Illinois-Chicago, has a bone to pick with a common (and admittedly tasty) home remedy for just about everything.

“Apple cider vinegar (ACV) is not a cure-all,” Biggers says, bursting a million tart bubbles. “People say it will help with weight loss, diabetes, cholesterol, and hypertension—to name a few conditions. These thoughts are not entirely true.”

Studies that claim ACV enhances weight loss also put participants on low calorie diets, for instance. The magical vinegar has been shown to reduce cardiovascular risk in rats and improve cholesterol in rats with diabetes, Biggers says. “But it’s not the fantastic cure-all that people say it is.”

Rissetto chimes in with a similar claim. Stories about ACV reducing pH levels are nonsense as well, she says.

“The body regulates the pH in the blood on a regular basis, and just think—the stomach is a highly acidic environment because it has to break down food,” Rissetto says. “Also, if you have reflux, drinking apple cider vinegar is likely just going to make it worse, so I would venture to say not to overdo it.”

As it turns out, skepticism could be your greatest asset when making health and diet decisions. Next time you’re at the store, scanning labels and adding groceries to your cart, be sure to keep a healthy dose of doubt on hand.