Who's to say what's really "normal"? 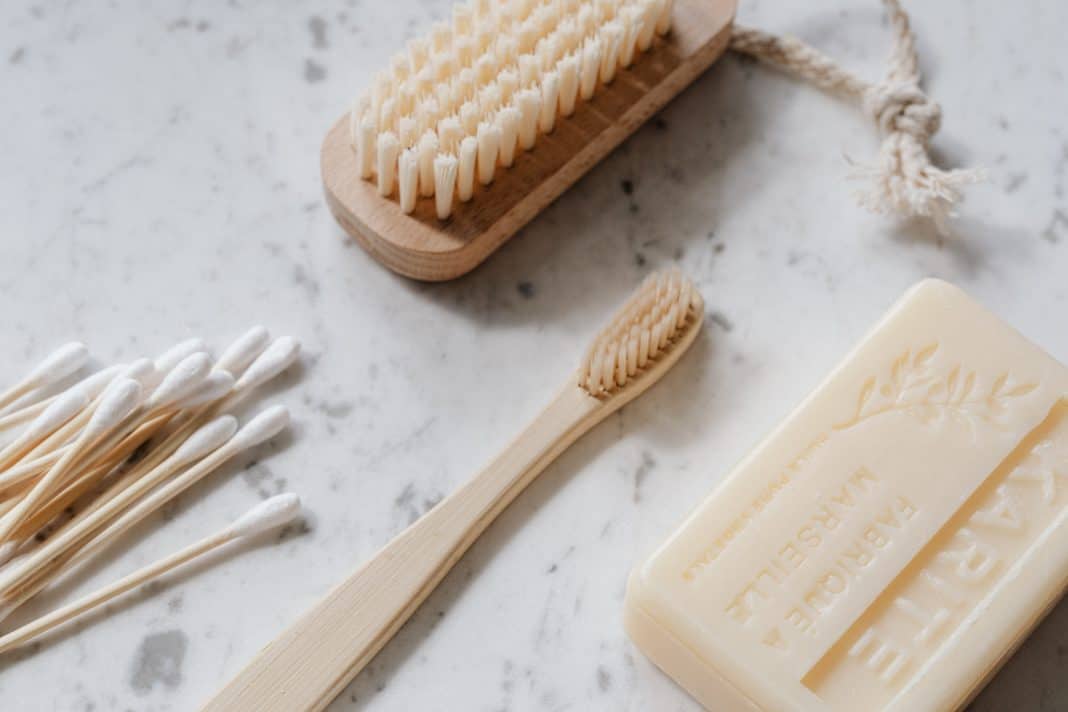 Jane Stine is the managing director of Loop Abroad, a study-abroad service that takes high school, college, and veterinary students to distant nations, where they work with animals you’ll rarely find at your typical suburban U.S. vet’s office. We’re talking about koalas, cheetahs, and elephants, oh my! So Stine is no stranger to world travel—or to the culture shock that comes with landing wide-eyed in a foreign country. During her time in Nepal, Stine says, she was unnerved to see locals spitting on the street. “It was hard for me to get used to,” she says. But her perspective flipped when she landed back stateside. “I laughed a little when I returned to the U.S. and found I was totally fine with people having their dogs poop on the sidewalk and then picking it up with a plastic bag with their hands,” Stine says. “Is spitting really that gross in comparison? No.” The lesson here, Stine is quick to share, is that one nation’s gross-out is another’s daily walk with the family pet. “The first thing to remember is that most of what we think is ‘best’ is just what we’re most used to, so try not to judge something as ‘worse’ if it’s just new,” she says. In that spirit, here are some of the “new” experiences U.S. travelers abroad might have to get used to themselves:

1. The International Game of Thrones

The first time you have to pee in large parts of Asia, Africa, and the Middle East, you’ll be in for a surprise. Walk into the restroom and, instead of a porcelain throne, you’ll probably just find a hole in the floor. So if you plan to visit, you’d better start working on your aim now. Cristal Dyer, founder of the travel blog Tofu Traveler, got used to these squat toilets during her first visit to India. It turns out that there was another new experience in store for her at a public restroom near a historic palace in Jaipur, the capital of the Western Indian state of Rajasthan. “It was the first time I used a setup similar to men’s urinals,” she remembers. “There were three holes all in a row, and women just went next to each other without any partitions!” Score one for gender equality, courtesy of India’s squat toilets.

2. Please Don’t Squeeze the Charmin (For There Is No Charmin Here)

It’s not just the toilets you’ll have to adjust to if you visit China or Korea. Once your business is complete, you’re in for a new shock: Toilet paper is not provided in most bathroom stalls in these nations, reports Travel and Leisure. That only leaves two choices. You can carry a roll of TP with you everywhere you go, or you can dive in and clean up like a local. In India, another country that’s not huge on toilet paper, that could mean rinsing rather than wiping. “I experienced a bidet-like system in Indian homes where there is a small hose near the toilet to be used for cleaning instead of toilet paper,” Dyer says. “Sometimes there is a bucket with a cup instead…I actually really like this system and stopped using toilet paper in India after a while. It really does feel cleaner.” This is a common theme among travelers from TP-forward nations to the lands of the water-cleanse. Once you wash the crack, it seems, you never go back. (Sorry.) Wash it completely and you’ll throw out your TP. (Sorry.) When you try a water-scraper, you’ll be done with toilet paper. (Not sorry!) Stine also expresses affinity for the wet finish, which she knows from her time in Thailand. There, the post-relief custom is to rinse, dry with toilet paper, and then throw the paper in a trash can, she says. Whatever you do, do not flush the TP in Thailand. “If you think about it, it’s much more hygienic,” Stine says of the Thai way. “But it’s hard to get used to! My biggest piece of advice is that you not think, ‘Well, I’m only one person, I’ll just flush this toilet paper.’…The pipes simply can’t handle it!” So even if you do bring your own toilet paper to a foreign toilet, be aware that flushing may not be an option. There are terrible consequences to breaking this rule, Stine says. “First of all, the toilet can flood and you’ll be very embarrassed!” she says. “But more importantly, you’re a visitor, and you’re being asked to follow a very easy rule so as not to cause expensive damage. Just try it!”

In many parts of the Middle East, Latin America, and Europe—perhaps most famously in France—it is customary to perform a greeting with a pair “air kisses” on the cheeks. Customs vary considerably in terms of inter-sex kissing, so be sure to do your research. (In Arab countries, only people of the same sex do the air kiss, while in Argentina, men air-kiss commonly—but only if they’re friends of friends, reports The New York Times.) In some parts of the world, the refusal to give or accept a kiss is taken as a sign of disrespect or antipathy. So, uh, don’t do that. Instead, remember Stine’s advice—and just try it!

4. No Teeth, No Problems, No Kidding?

According to a 2017 YouGov survey, nearly 30 percent of Britons said they only brushed their teeth once a day. (The American Dental Association recommends brushing twice a day.) Meanwhile, nearly 70 percent of the respondents said they don’t floss on “a typical day.” Cue the jokes about British teeth. Cue Austin Powers’ smile. Cue British TV-doctor Chris van Tulleken, Member of the Royal College of Physicians, quipping to the Radio Times that, “In the UK we’re okay with brown, foul teeth, it doesn’t really bother us, while in America it’s very socially unacceptable.” But once you’re done giggling at this long-held stereotype, ask yourself: Are teeth really any better off in the U.S.? Okay, that was sort of a rhetorical question. We wouldn’t have posed it unless the answer were, as it is, “No.” A 2015 study published in The BMJ (formerly the British Medical Journal) found that the number of missing teeth in the States is much higher than in England. Even worse, the U.S. showed way more of a disparity in oral health between the high and low ends of the income scale, with similar differences linked to educational attainment. That said, the availability of dental care differs from one part of the world to another. You may encounter folks with grills that wouldn’t make it onto The Bachelor, especially in poorer regions. However, don’t assume that this is due to simple self-neglect or lack of access to a toothbrush. In fact, absent the trappings of American dental hygiene, lots of cultures are doing just fine. Environmental news site Mother Nature Network reports that some band-level societies with no access to industrialized foods rarely, if ever, brush their teeth—and still live cavity-free lives. The trouble could be with the developed world’s addiction to sugar, is the takeaway there. In some Muslim and African societies, people clean their teeth with twigs naturally filled with fluoride called miswak. And some Jains in India brush their teeth with their fingers. Point being, to get back to Stine’s mantra, “Just try it!” Maybe you’ll develop an affinity for miswak that you can take with you back to your everyday life at home.

If you’re walking around many parts of Europe, you’d better carry a pocket full of change. Lots of public restrooms on the continent charge at the door. While that’s an unheard-of concept for most Americans, it does seem fair when you consider the costs of maintenance, water usage, and, of course, staff brave enough to clean a public restroom. Don’t whinge. Just remember to carry the change.

6. Hygiene as a Human Right

Unfortunately, women in some countries who do not have access to sanitary products are forced to deal with menstruation in devastating ways. Those who cannot afford pads or tampons use rags, leaves, mattress stuffing or mud as protection during their time of the month. This is not only uncomfortable, but also obviously unsanitary. Women who can’t get hold of tampons, pads, or menstrual cups may turn to unsanitary practices that can make them sick. Even worse, some cultures discriminate against menstruating women and girls, leading to stigma, missed school, lost work, and general second-class citizenship. The good news is that some courageous organizations are trying to help. Femme International, for instance, provides kits to women in East Africa that contain things like menstrual cups and reusable pads. This really is a human rights issue (just ask Human Rights Watch), so why not take a moment to throw a little cash Femme International’s way?

Cleaning Up This Mess

So, we’ve learned a lot. Cultural differences are a thing, it’s rude to make assumptions about norms that aren’t your own, and human bodies are gross the world over. Why not embrace it? According to Stine, there’s no harm in throwing yourself into the local customs, whether you find them initially distasteful or not. After all, what are you traveling for if not to get a taste of how the world works away from home? “Eating with your hands? Washing yourself instead of using toilet paper? Using an Eastern-style toilet? Just try it,” Stine says. “You won’t die. You’ll get a good story. You might have a good time! The only way for everything to be just like home is to stay home, and where’s the fun in that?”