7 Foods We Eat In The U.S. That Are Banned In Other Countries

Think you can trust the FDA with your health? Think again! Check out the toxic foods that are allowed in the U.S. but not in other parts of the world. 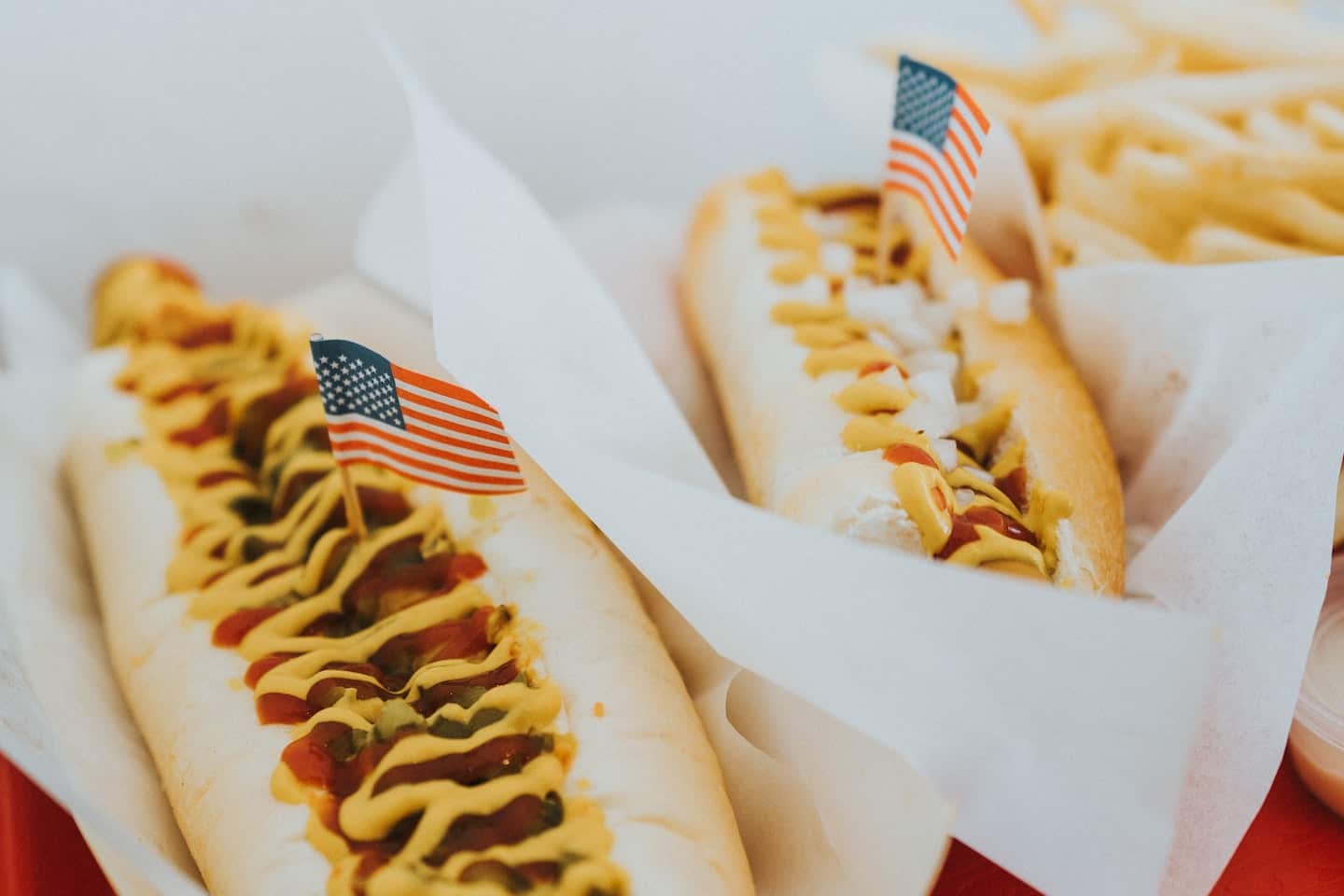 Competition in the production of food is huge in the United States. Farmers and manufacturers need to do things fast and cheap in order to make a profit. Unfortunately, fast and cheap doesn’t necessarily equate to healthy for humans, because harmful chemicals are often used to increase profit margins. We consumers don’t know half of the toxic substances being put in our food and have to rely on the government to protect us. Sadly, the U.S. is doing a poor job of it. Why is this? Basically, because Europe (and many other countries in the world) have higher standards than we do. They follow something called the “precautionary principle,” which means when substantial evidence of danger to human health is shown, then protective measures are taken—even if there’s uncertainty. The U.S. only takes protective measures when there’s a heap of evidence. Feeling nervous? There’s no reason to be too concerned. Although some of these products and chemicals are banned in other countries, most of them technically pose extremely small risks, if any at all. The safest route is to rely on scientific, factual research published in reputable journals—and stay up to date on any new developments that may affect your diet. More research may reveal these products as actual dangers to the American consumer, but it just might clear them for worldwide usage, too. Here are a few additives to keep an eye on.

What it is: Food coloring made from petroleum or crude oil What it does: Makes your food look pretty! Studies show that people prefer the taste of their food to match the color. Enter food dye. The artificial type is cheaper than the natural variety and lasts much longer. Why it’s bad for you: Although food dye is typically associated with cancer and tumor growth in adults, a clear link hasn’t been established. However, a report published in Environmental Health Perspectives pointed out a few concerning missteps in the risk assessments of food dyes. The research conducted on rats did not consider any in-utero exposure and only lasted two years, which is concerning when most cancers emerge in the third year of the rodent’s life. That being said, the biggest controversies surround kids. Studies show that artificial dyes are lightly to hyperactivity in children, allergic reactions, lack of concentration, and poor judgment. Where you find it: Sodas, juices, candy bars, processed snacks, cereals, candy—basically anything that looks bright and colored What you can do about it: Check out the natural dyes that are popping up in foods in stores like Trader Joe’s and Whole Foods. They use natural ingredients like beets and turmeric to color your food. They cost a little more but are worth the price! You can also find recipes online to create your own all-natural dyes from ingredients in your kitchen.

What it is: A type of sucrose polyester blend made from ingredients found in foods like vegetable oil and sugar What it does: Makes your food less fattening, but still great tasting. It has the properties of fat but contributes no fat, no calories, no trans fat, and no cholesterol. Why it’s bad for you: Although long thought of as a cause of major gastrointestinal side effects, including intense diarrhea, few studies found any significant impact on the gastrointestinal system. However, studies show that rats that consumed Olestra in combination with real fats not only didn’t lose weight, they actually gained it. Studies show that it also may interfere with vitamin absorption. Where you find it: Snack items like chips and nachos What’s being done about it: The only thing that you can do is avoid products made with this. The U.S Food and Drug Administration (FDA) continues to allow it on the market despite objections from organizations like the Center For Science in the Public Interest.

What it is: A drug known as a phenethanolamine. What it does: Causes increased muscle protein growth in animals while decreasing fat. The animals given ractopamine can gain lean body mass while eating less. The result is a better quality product that costs less. Why it’s bad for you: Although researchers don’t know exactly how bad the effects of this drug are for humans, the initial testing has not been good. Some claim it causes asthma and headaches, but the singular human trial conducted by the European Food Safety Authority was stopped after one of the subjects experienced a racing heart rate. Further testing needs to be done on the secondary effects on the form and function of the human liver, kidney, and thyroid. The trace amounts that remain in the meat are technically recognized as safe, though. Where you find it: A large percentage of U.S. pork and beef products What you can do about it: Make sure to look at labels. Try to buy organic pork and beef products or look at the packaging of conventional meat for a “ractopamine-free” label.

What it is: A chemical oxidizing agent used in baking bread What it does: Allows flour to rise more quickly than the old-fashioned way of keeping it in the open air. It strengthens the dough and also makes it fluffier and whiter. Why it’s bad for you: Studies have shown that it can cause cancer of the thyroid, kidneys, and other parts of the body. It’s also been shown to damage genetic material in the liver and intestines, potentially causing harm to DNA strands and chromosomes (which can lead to chronic illness). Where you find it: Bread, fast food buns, pizza crust, crackers What you should do about it: In 1991, the FDA urged bakers to voluntarily stop using potassium bromate, but because it’s still technically legal to use in the U.S., you must be aware and read the ingredient list to avoid products that contain it.

What it is: Vegetable oil derived from corn or soy that is treated with bromine What it does: It binds to the flavorings and colorings of food and drinks and keeps them from separating from the product—thus maintaining a uniform taste and look throughout. Why it’s bad for you: Although generally recognized as safe, the buildup of bromide in the body could cause memory loss and problems with the nervous system. Where you find it: Most often in sodas (especially citrus flavored), pesticides, baked goods, and sports drinks. Thankfully, Coke and Pepsi agreed to drop it from all of their products. What you should do about it: Avoid this product at all costs. Be vigilant about reading product labeling.

What it is: Genetically engineered hormone meant to mimic the the protein hormone made in the pituitary gland of animals What it does: Increases milk production in cows Why it’s bad for you: Studies have found that dairy products containing synthetic hormones can contribute to various types of cancer, diabetes, obesity, and tumors. Of course, these are still preliminary studies. The concern is that treated cows’ milk contains higher levels of the hormone IGF-1. Milk drinkers have higher levels of this hormone in their body than non-milk drinkers. While this is a point of interest, the American Cancer Society summed up the issue on their page about rBGH: “At this time, it is not clear that drinking milk, produced with or without rBGH treatment, increases blood IGF-1 levels into a range that might be of concern regarding cancer risk or other health effects.” Where you find it: Conventional dairy products What you should do about it: Choose organic dairy products or read the label and make sure the conventional ones contain no growth hormones.

What it is: Butylated hydroxyanisole (BHA) and butylated hydroxytoluene (BHT) are synthetic antioxidants. What it does: It’s mostly used as a preservative to keep food from going bad and to keep it from oxidizing—which can affect the color, smell, and sometimes the nutritional content of food. Why it’s bad for you: Studies have shown that in high doses both BHA and BHT can cause cancer in the forestomachs of rats and mice. In low doses, however, the product seems to be safe. Given that humans don’t have forestomachs, it’s unclear whether the cancer would extend to other parts of the human body. Where you find it: Potato chips, butter, cereal, instant mashed potatoes, baked goods, dry beverage and dessert mixes, and chewing gum. What you should do about it: Because studies of the health effects of consuming these preservatives in unclear, we suggest that you limit how much you consume. Try to opt for choices that have no preservatives or use Vitamin E, instead.