Your child's sitting position may be causing physical problems they'll live with for the rest of their life. Here are the positions that are the worst—and those that are the best. 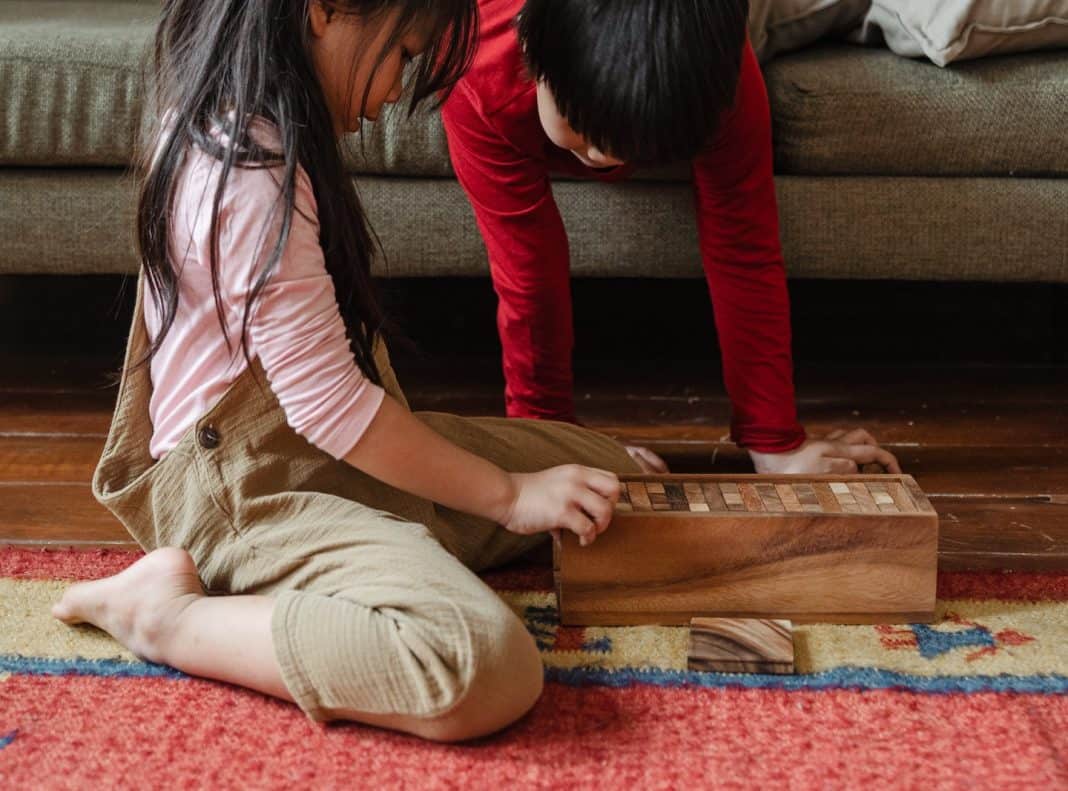 Have you ever walked into a room, noticed how the kids were sitting, and thought to yourself, “Geez, how can they possibly sit that way? If I sat that way, I’d never be able to get up!” Actually—you’re probably right. Compared with adults, kids are much more flexible and have joints that are hypermobile.

As they grow, kids’ tendons, muscles, and ligaments slowly become tighter. In most cases, the greater range of motion that they’ve experienced in their joints will gradually disappear. You’ve probably felt yourself getting less flexible as you get older too.

Stretching is good for you, and it feels good to stretch and be flexible. But sometimes, as is often the case with kids, being able to overstretch can be a problem. The hyperflexibility that kids enjoy allows them to put themselves into crazy positions because, well, they can—and it’s not uncomfortable for them to do so.

But just because their bodies are able to tolerate those positions doesn’t mean it’s okay for them to do it. Unfortunately, it often ends up hurting them over time. Such is the case with what’s known as the W position.

Google the W position and you’ll be bombarded with websites of physical therapists, doctors, and healthcare professionals weighing in on how detrimental it is for kids’ bodies.

In your search, you’ll also get conflicting opinions from others, including moms, alternative healthcare practitioners, and massage therapists offering their opinions on why the W position isn’t so bad and that there are so many more important issues to worry about regarding the health and wellness of kids.

What should you do with your own children? Who is right? Well, in truth, they all are. Here’s the scoop.

What is the W position?

The W position is a seated position in which a child is basically sitting upright on their knees with their legs fanned out in opposite directions—making the shape of the letter W. At first glance, it would seem awfully painful to sit that way—and it would be, if your knees weren’t flexible.

But kids’ lower bodies are super flexible, and they can do it easily. However, studies have shown that excessive use of this position during kids’ growing years can lead to future orthopedic problems.

Kids love to play and be active, and the floor is often their most preferred space. They grab toys, twist themselves, and contort their bodies according to the need of the activity that they’re doing.

Kids intrinsically know what’s comfortable for them and what will give them the greatest “edge” in play. They realize pretty quickly that the W position offers them the most balance by giving them added trunk and hip stability to allow easier toy manipulation and play.

What harm does the W position cause?

Sitting once or twice in the W position will cause no long-term harm, but if a child uses this as their go-to way of sitting for multiple hours a day every day, that’s when it can become a problem, both physically and developmentally.

In the W position, the muscles, ligaments, and joints are put in unnatural positions. As a result, the lateral muscles in a child’s legs will begin to tighten and cause the insides of their legs to become weak and loose.

This imbalance can affect the development of their motor skills, balance, and coordination. It also can cause some major problems with their knees and ligaments, including kneecap tracking issues, tendinitis, dislocation, and ligament strains.

Issues of not sitting properly will affect not only a child’s knees but also their hips, back, and core. Improper alignment of their muscles can tighten their hips, wreak havoc on the muscles in their back, and cause their core to be weak. Because proper posture is not required in this position, the back and core muscles don’t have to do much work, and strength will start to deteriorate.

Unfortunately, there’s a bit of a ripple effect. When the back and core become weak and posture is compromised, the neck and head can be affected, often painfully.

Part of the issue with the W position is the inability of a child to move around properly and naturally. Sure they’re more balanced and “fixed” through the trunk, but it doesn’t allow for trunk rotation or lateral weight shifts (like twisting to reach for things).

It’s easy to see why this position appeals to children, but experts believe that the more a child sits in the W position, the more likely they are to miss developing more mature movement patterns that are necessary for higher-level skills.

What other positions are bad for kids?

Unfortunately, the W position is only one of many common seated positions that aren’t great for kids.

The cross-legged position (“criss/cross applesauce”) places a child’s legs in much the same position as the W, and children who do this often will also suffer from the same issues (tightening of the outside of the legs and loosening of the inside, posture problems, and weak core).

Additionally, further issues occur when a child crosses the same leg over every time. It can set up unhealthy imbalances and throw their body even more out of alignment.

Sitting on the heels is considered a slightly better position, but not great either. It puts added strain on the knees and also compresses the knee joint and puts pressure on knee cartilage. This can cause pain, strain, and eventually, possible dislocation.

It can weaken the core and back, and it puts strain on the anterior portion of the ankle, which can lead to instability. Minor injuries can occur, such as twisting and sprains, or in some cases, more major ones, like fractures.

The hurdler stretch is a more exaggerated version of the W stretch, and the issues that go along with this stretch are, accordingly, a lot worse.

Most fitness programs and school athletics no longer use this stretch and have traded it for the healthier figure 4 stretch instead.

The hurdler stretch puts strain and pressure on the knee, most particularly the medial collateral ligaments (MCL), and also the inner thigh and hip ligaments. This position should be avoided at all costs.

So how should kids sit?

By now you might be shaking your head and are so confused that you’ve resolved to have your child just stand for the rest of their life. There’s no need to worry! Through daily practice of proper seating, you’ll be able to change your child’s sitting habits to healthier ones.

When children are sitting on the floor, the most recommended position is sitting with both knees bent, to the front of the body. Their arms can be back behind them or hugging their knees.

They can also sit with their legs completely extended to the front with their arms behind them. If a wall is nearby, it may be helpful to lean against it.

Normal sitting position tucks the sacrum (tailbone) underneath the body and puts pressure on the lower back. If the child is sitting on the floor—in any position—it’s helpful to put a towel or pillow under their rear end.

Sitting on an exercise ball is actually the best sitting position for a child (and adults, too!) It puts them in proper position, keeps the lower back aligned, and helps activate the core. Plus it’s fun!