10 Eating Rules From Other Countries That Americans Don’t Learn

They say French women don't get fat and, as it turns out, neither do French kids. This is why. 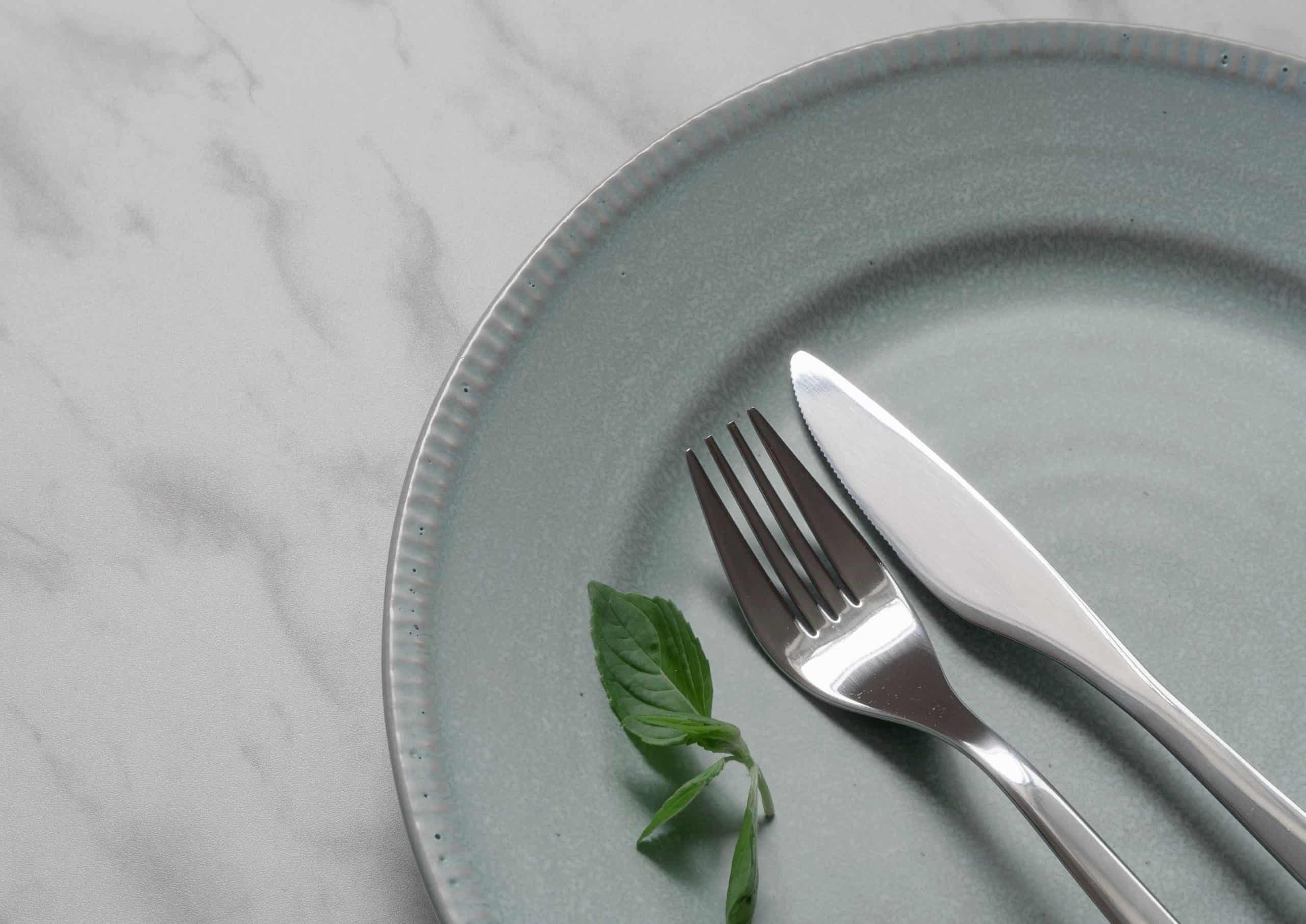 Sure, America might be known as The Land of the Free, but we’re also known as The Land of Fatty Fast Foods and Obesity. But fear not! Despite the staggering obesity rates our country has (“above 20 percent in all states” as of September 2016), there’s still hope. Maybe it’s time to take a page out of the Greek (or Mexican or Ethiopian) cookbook. Check out some eating tricks people follow in countries around the world, and get on the track to healthy.

France: Sugary breakfasts are a non-non

Forget about Count Chocula and the Trix Rabbit. In other parts of the world, the first meal of the day is more hearty and nutritious. In France, breakfast usually consists of a baguette or maybe a croissant, real-life Parisian Ariana Ionescu told Vogue. Sure, she might indulge in a little chocolat chaude every now and then, but that’s hardly the same as gorging yourself on sugar-packed breakfast cereals every morning. If you want to fit in on the streets of Paris, be sure to incorporate some kind of healthy food with the most important meal of the day, be it a banana atop your (non-sugary) cereal or an apple and peanut butter on the side. It might take a little more effort than grabbing a Pop-Tart on the go, but you’ll be happier in the long run.

While a pint of Ben & Jerry’s may ease the sting of a breakup, the extra weight it leads to just makes things more difficult. Despite the rich sauces, scrumptious pastries, and bread-heavy breakfasts that the French eat so frequently, their bodies don’t suffer the consequences. According to Mireille Guiliano, author of French Women Don’t Get Fat, the keys are portion control, mindful eating, and an active lifestyle. So instead of gorging on three chocolate bars, maybe have a third of one and save the rest for another day. You’ll still get the taste, but you won’t stretch out your jeans in the process. Oh, and don’t forget to move.

Italy: A Study in Contradictions

As most carb-lovers know, pasta and associated foods—despite how delicious they are—aren’t exactly the best things to gorge on. It’s a shame, we know, but rarely does something that tastes that good end up being entirely good for you. While it’s fine to indulge on occasion, you might want to be wary of a diet rooted in pasta. A tragic study from 2009 that concluded, “In a large healthy Italian population, non-predefined dietary patterns including foods considered to be rather unhealthy, were associated with higher levels of cardiovascular risk factors…” as well as other risks. On the other hand, “A ‘prudent-healthy’ pattern” displayed the opposite. And that brings up the question: If Italians eat so much unhealthy pasta, why is it that they still derive the benefits of the “Mediterranean diet,” achieving a life expectancy that’s an average of 18 months longer than in the UK? It must be all those tomatoes. “Vegetables are central to the Mediterranean diet and probably one of the most important reasons why people in this climate live so long,” says Andrea Pisac, PhD, a travel writer and anthropologist. “But it’s not only the choice of the ingredients. [The] Mediterranean style of preparing vegetables is ‘clean,’ as in ‘clean cooking’—which means that they are usually steamed and seasoned only with olive oil and fresh herbs.” Sounds eccellente!

Japan: Looking as Good as It Tastes

Sushi is perfect for chic date nights and quick, healthy meals on the go, but have you ever wondered why your portions look so small compared to other cultures’ meals? Well, for one, the sushi we know and love today was developed “in the early 19th century … [and] was sold from stalls as a snack food, and those stalls were the precursors of today’s sushi restaurants.” As tempting as an American-sized sushi feast might be, there’s a benefit to relying on these smaller sizes. A 2006 study in the journal Appetite suggests that a smaller portion will actually satisfy your hunger with less food overall. The Japanese capitalize on their compact portions by focusing on the visual aesthetic of what’s being served, and that requires bright colors. And it just so happens that nutritionists recommend eating a wide variety of differently colored vegetables—the very ingredients that sushi chefs use to beautify their customers’ lunches.

Ethiopia: The Heartier the Better

If you’re a fan of beans and the like, you might want to take a lesson from Ethiopia, as the cuisine emphasizes root vegetables, beans, and lentils. Vegans and vegetarians would be welcome too, since the diet doesn’t rely heavily on meat. But even meat-eaters won’t miss the bacon. “Having foods that are high in fiber like the root veggies, beans, and lentils will fill you up,” says Jeanette Kimszal, a registered dietitian nutritionist. “Foods high in fiber (like the ones above) have been found to help with weight loss since they are more filling than refined carbohydrates which will leave you hungry 30 minutes later.” Want to try your hand at a traditional Ethiopian meal? Start with injera, a pancake-like flatbread known for its high fiber, protein, and minerals.

If you don’t already opt for black beans over refried, you might want to start. Refried beans (which are actually only fried once, you should know) are often fried in lard, which contains, you know, lard. “Black beans are a better choice than refried since often these are fried and contain trans fats, which are bad for your health,” says Kimszal. “They lead to inflammation, which can lead to health problems.” That kind of defeats the purpose of your “healthy” burrito bowl, unless you opt for black beans over refried. (We’re not even going to get started on how many calories you’re consuming at Chipotle.) In addition to being healthier, black beans might even help contribute to a slim—dare we say unAmerican—figure. “Black beans are rich in fiber which is a good food for weight loss since it keeps you fuller longer,” Kimszal says. “It also helps with digestion and keep you regular.”

There’s a motto people sometimes throw around when they discuss a healthy lifestyle: “Breakfast like a king, lunch like a prince, and [dinner] like a pauper.” Like the French, Mexicans are also very focused on a meal that isn’t dinner. (It isn’t breakfast either, though.) In fact, Mexicans eat a late lunch called comida, which is the biggest meal of the day. That’s actually better than a small lunch and a heavy dinner, says Kimszal. “Like the tradition in Mexico, we should focus on having a larger lunch,” she says. “This will help give us the energy we need to get through our afternoon. This is a better time to eat a larger meal since after dinner we tend to be more sedentary.” That’s a recipe for packing on the pounds, Kimszal explains. “The last thing you want to do is eat a large dinner then sit around or go to bed,” she says. “Your body may not utilize the calories properly and it can lead to weight gain. I usually recommend [that my] clients have lunch be their largest meal.” So you might want to think about downing those tortillas and guacamole with the chimichanga before the sun goes down—if you can’t be persuaded to have a balanced meal of vegetables and lean protein, that is.

Scandinavia: Healthy bread is a thing that exists

Remember when we discussed Italy and pasta and mourned our love of carbohydrates? Us too. Well, there is one silver lining we can point you to here. Take note of the Scandinavian diet, in which bread is a prime component. No, not all bread—put down the ciabatta—but rye bread (like Denmark’s rugbrød) for sure. Hailed for the amount of fiber it contains, rye is a great fix for those of us who will never be convinced that whole wheat bread is anything more than “edible”—and we use that term loosely—cardboard. According to the Whole Grains Council (which obviously has clear bias, but still cites great research), rye may be responsible for a bunch of health benefits, from reducing body weight (as compared to wheat) to improving blood glucose to reducing certain types of inflammation. We don’t know about you, but we’re going to give rye bread another look.

It isn’t just about what you eat, but how you eat. And it turns out the Asian custom of eating with chopsticks might actually help you to eat less. According to The Chopsticks Diet by Kimiko Barber, people eat slower with chopsticks than with knives and forks. It takes about 20 minutes to digest your food, so if it takes you longer to eat, it’ll be easier to curb overeating, is the idea. According to one Japanese study, “eating rate is associated with obesity and other cardiovascular risk factors and therefore may be a modifiable risk factor in the management of” both. In other words, slow down your dinner for better health.

Here’s that Mediterranean diet again. In fact, Greek cuisine is rooted heavily in plants—no pun intended. This doesn’t just mean vegetables either, but fruits and legumes as well. And that doesn’t leave much room on the plate for cheeses, oils, and fatty meats. According to a Tufts University study, Greece is one of the biggest consumers of vegetables and fruits in the entire world—in fact, they’re in the top five. Maybe that can explain why Greece has the 36th highest life expectancy on Earth, at 80.7 years in 2017, while the United States is No. 43 on that list, with just 80 years. Maybe it’s time to take a page out of the Greek cookbook (or figure out what they’re eating in Monaco, which is No. 1 in the world in terms of life expectancy). No matter how long you live, though—or where—there’s plenty to learn about healthy eating from our friends outside the border.