The raw water movement seems like a great way to get back to nature...until your stomach starts rumbling. 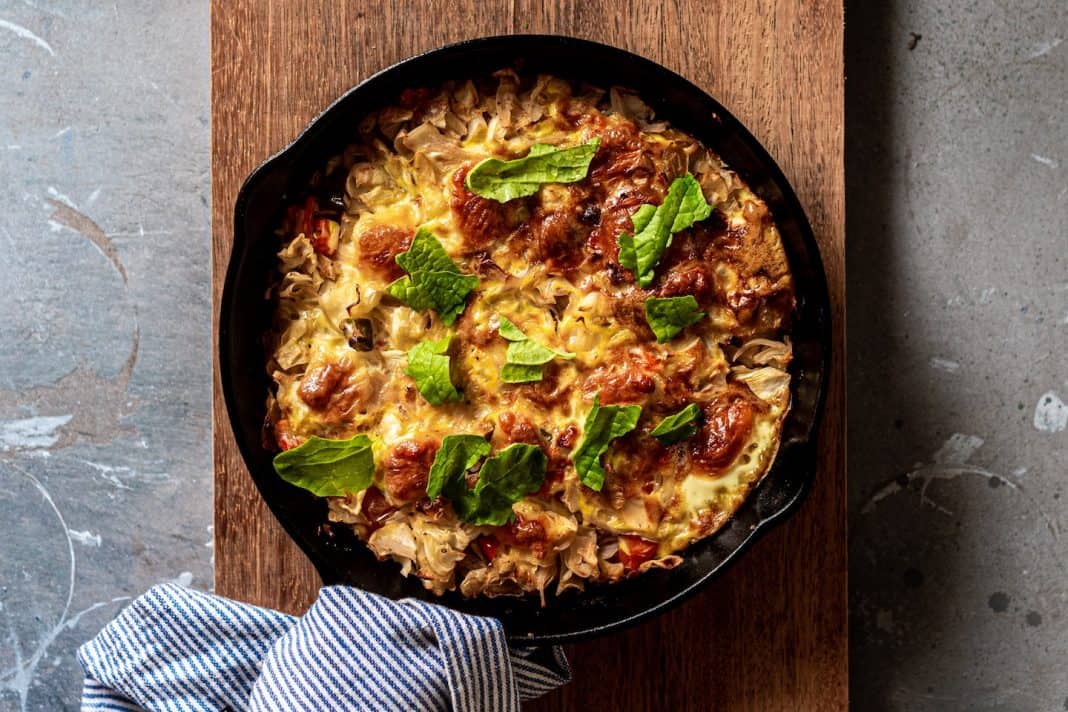 At first glance, “raw water” sounds redundant. What’s more raw than water? But over the last year, the raw water trend has garnered headlines from publications like The New York Times (a piece titled “Unfiltered Fervor“) and Time (“‘Raw Water’ Is a New Health Trend. But Is It Safe?”). The idea is simple: Instead of drinking treated, filtered water from the tap, humans should drink the “raw,” unfiltered water from natural sources. If you’re not seeing the issue there, then…well, we’ll let Chris Doyle, water quality program supervisor at SOLitude Lake Management, explain the dangers. “I would never recommend anyone drinking surface water,” Doyle tells HealthyWay. “I really wouldn’t recommend drinking unfiltered water from any source unless it’s been properly tested by an analytical lab for contaminants … A lot of the negative consequences would be gastrointestinal. You can call it ‘discomfort,’ I guess, but it’s going to be an intestinal issue.” Enough said. But there’s another option: You can get safe, “raw” water delivered right to your door. Mukhande Singh (born Christopher Sanborn, according to Slate), founder of raw water delivery service Live Spring Water, was interviewed by The New York Times earlier this year, and he says the newspaper’s coverage of the movement was misleading. Singh’s company delivers untreated spring water to the West coast in large crystal jugs; delivery starts at $16 per 2.5-gallon jug, with a four-jug minimum order. “[The New York Times] came out and photographed me in Maui, and then they also went to our spring and photographed our spring and bottling facility,” Singh tells HealthyWay. “But instead of showing the spring—the covered spring head where the water comes out—they chose a photo of the creek downstream from the spring and also included a misleading caption that kind of alluded to the idea that we were just collecting potentially contaminated creek water. These huge major media outlets didn’t really give it an honest look.” https://www.instagram.com/p/-jyfhMvG5W/?hl=en&taken-by=livespringwater We decided to look deeper into the raw water trend to figure out what makes water safe—and whether there’s really any benefit to drinking water “straight from the source.”

First of all, you can’t simply drink any water that comes out of the ground.

Unless you have a superhuman immune system, water filtration isn’t optional. “There’s three main sources of drinking water,” Doyle says. “There’s groundwater, which is usually an underground aquifer. There’s surface water, which would be something like a reservoir or a river. And then there’s rainwater. I think each one kind of has different challenges and potential toxins in it.” Live Spring Water comes from—you guessed it—a spring, and it relies on natural processes for filtration. That doesn’t mean it’s unfiltered. “The mere fact that it’s being filtered through the ground, it certainly helps,” Doyle says. “A lot of the water treatment plants are facsimile of what the water is going through in the ground. But if you have contamination in the ground, or near the groundwater source, certainly contamination can get into the aquifer. That’s where you can have some issues.” In other words, water from springs or aquifers isn’t always safe, so independent testing is crucial. Doyle says any drinking water source should be regularly tested for parasites, bacteria, algae, and elevated levels of toxic substances. “[Our water comes from] a covered spring head over a lava tube,” Singh says. “The whole town where our spring water is has been drinking this water, untreated, out of their taps for 100 years because they’re so confident in it. That, along with us testing each batch for harmful microbes, just really ensures safety and the highest quality.” Yes, you read that correctly; Live Spring Water is simply tap water from a small Oregon town. Singh is upfront about that fact, and he insists that his company charges a fair price for transporting and delivering their product. “I think, a lot of times, people have an idea that they don’t want to pay for water,” he says. “I believe that water should be free—and water is free to us, but, you know, it definitely takes money to transport water and to ensure its quality and have a solid infrastructure to deliver that to people.” Singh believes his product has sparked controversy because people misunderstand what he’s offering; every batch of Live Spring Water is independently tested, and Singh says he’d recommend carefully evaluating any water source before drinking from it. “Seeing some of these articles that say that we’re just getting water from potentially untested streams or lakes or things of that nature—like, yeah, that’s obviously going to spark some health concerns for some people when they read that,” he says.

Some “raw water” sources can be extraordinarily dangerous.

In a sense, then, Live Spring Water isn’t really “raw” at all; it’s expensive tap water from a natural source, properly tested to ensure safety. The company also makes some extraordinary health claims, but we’ll address those in a minute. First, we’d like to make something clear: Drinking water straight from a lake, river, or other surface water source is dangerous. While the most likely consequence of drinking “raw water” is diarrhea and intestinal discomfort, some water sources are more dangerous than others. “A few high-profile algal blooms have occurred in Florida and Toledo in the last few years. Both of those were massive algal blooms, and the blooms themselves create toxins,” Doyle says. “There’s a whole list of different toxins, based on the different types of algae that’s producing the toxins. And they have a neurological impact, potentially causing ALS or Parkinson’s disease.” While the impact of algal blooms is still a subject of research, we know that there’s a disturbing link between certain neurological diseases and algal toxins. And while intestinal discomfort might be a minor inconvenience to some, gastrointestinal issues can be dangerous to certain groups of people. “Generally, your higher-risk populations are going to be at more risk,” Doyle says. “So if you’ve got a younger healthy person, a lot of times they might not even know [that their symptoms came from water contact]. You can sometimes get some of these bacterial issues while swimming, boating, or diving. But if you’ve got young children or pregnant women, the effects can be compounded.” If you really, really want to drink water out of a lake, portable products like LifeStraw provide EPA-compliant filtration, but they’re limited; LifeStraw, for instance, can’t remove viruses, chemicals, salt, or heavy metals.

Some raw water proponents claim untreated water has a host of health benefits.

Is there any benefit to drinking naturally filtered water? To be clear, Live Spring Water is safe. We reviewed the company’s third-party tests (you can find them here as a PDF) and verified that they were legitimate. However, the company makes some claims that seem extreme. https://www.youtube.com/watch?v=ds9Do2p60MQ A page on Live Spring Water’s site implies that probiotics in the product can reduce inflammation, metabolize heavy metals, slow the aging process, enhance mental performance, improve neurotransmitter balance, improve digestion, and support a healthy immune system. To support those claims, Singh sent us a probiotic testing report that found evidence of four bacteria: Pseudomonas oleovorans, Acidovorax spp., Pseudomonas putida, and Pseudomonas spp. While the report verified that those bacteria were non-pathogenic, there wasn’t sufficient information to indicate that the microorganisms are especially beneficial. As Amesh Adalja, MD, senior scholar at the Johns Hopkins Center for Health Security, told HealthyWay in June 2018, scientists are just starting to understand how the body’s microbiome works; there’s limited science to support probiotic therapies, and products that claim probiotic benefits should be treated with healthy skepticism. “We are in the infancy of understanding how to manipulate one’s microbiome,” Adalja said at the time. Singh says his customers’ experiences show the health benefits of his product. “You know, people feel amazing from the water,” he says. “We’re starting to realize how important gut health is and how important it is to have the right cultures in our gut and the right bacteria and the right balance. This is just another way to really strengthen our digestive system and the whole body.”

Man I went to the doctor yesterday & They offered me a bottle of purified water from Kroger and the Doctor was drinking spring water!
I immediately felt uncomfortable!

Singh says he believes in the natural filtration process. “Spring water, the way we do it, is brought out of the Earth,” he says. “It’s the way nature created it. It’s got all of the natural minerals in it that we need, it’s what humans have been drinking for 99 percent of our existence, so it’s just—our bodies are perfectly biologically adapted to what we’ve been drinking for so long.” Ultimately, we couldn’t find scientific support for the purported probiotic benefits of the raw water movement. With that said, Live Spring Water is safe—truly “raw” unfiltered water isn’t. If you’re going to drink water from a natural source, make sure it has been recently tested. If the tests look good, have at it, but you probably shouldn’t expect miraculous results. That doesn’t mean that the entire movement is completely without merit. If you’re willing to look carefully and scientifically at your water sources, you can avoid certain pollutants, which could conceivably improve your health. We’d recommend starting at the Environmental Working Group’s Tap Water Database, which lets you quickly view testing information for your local water sources.