Ditch The Girlfriend Drama Once And For All!

Sometimes friend drama rears its head in adult girlfriend relationships. If you want to ditch the exaggerated responses and cattiness, developing emotional awareness and healthy communication is the key.

Remember the cattiness and gossip from mean (and likely insecure) girls in junior high? Looking back on it, we can probably see how silly it was, but it can really hurt for the young people who are actually experiencing it. Sadly, emotional friend drama isn’t always a thing of the past. Lots of adult women engage in this type of conversation and behavior, and we really need to put a stop to it. The first step to changing something is being aware of it, yet it seems like those who are swimming in their own drama don’t even recognize it!

Although you can never control another person, I encourage you to take an honest look in the mirror to see whether you yourself act like a drama queen. We’ve all been guilty at times, so here are some strategies to dial down the drama.

Bypass the drama by being assertive and asking directly for what you’d like. So much of the tendency to lash out and gossip is because an individual is acting out of spite or insecurity. For example, if you were left out of a fun outing of close friends, you may act passive–aggressive or make subtle yet biting remarks. This could be avoided by acknowledging to yourself that you’re hurt and then expressing this to friends. Don’t get caught up in the pettiness of backbiting or emotionally guilt-tripping someone—just be up front about what you’re feeling.

Another way to ditch the drama is to keep your own feelings in check. Sounds simple, but when emotions are running high in a tense situation, it can be pretty difficult. Runaway emotions can cause us to do or say things we later regret (think of the classic angry Facebook post that gets someone in trouble), so control the situation by controlling yourself. Take a deep breath, press the pause button if necessary, hit the gym, and then deal with the issue when you’re not feeling so emotionally flooded. Don’t let your passion get the better of you—channel your feelings into something productive so you don’t react too harshly or explosively.

Next consider what your role is in social settings. Do you tend to stay in the background, or are you front-row–center? Do you get jealous when others are getting noticed, and do you wish you were getting the praise at your job instead of your hard-working colleague?

If so, you may be bringing the drama! This might sound harsh, but the world doesn’t revolve around you. Let others have a turn in the spotlight, and practice being happy and complimentary toward someone else instead of making everything about you. Learn to share the attention, not hog it.

A huge red flag indicating drama is talking about people when they’re not there. That’s what gossip is all about. If you find yourself doing this, cut it out! You don’t want people doing that to you, so show them the same amount of respect. A good rule to follow is not to speak critically or negatively about someone behind his or her back. If you have a real and legitimate problem with another person, address it directly and one-on-one; no peanut gallery necessary!

And finally, one of the most important things you can do to rid yourself of the habit of being dramatic is to analyze yourself and your own habits.

Cultivating an awareness of our emotions—especially the painful ones (as uncomfortable as it may be)—is key here. The truth is that drama often manifests because you are feeling “less than,” or that you don’t measure up somehow. Causing or perpetuating drama is a sign that you’re insecure about yourself and that you need to be noticed or validated.

I know a young woman who experienced the pain resulting from drama at her job when a co-worker bashed her to the rest of the office behind her back. Word got back to her quickly, and she went straight to the source and told the co-worker she didn’t appreciate the unkind words and wished she had been up front with her instead of spilling to everyone else. Over time, it became clear that the contentious co-worker was jealous, frustrated, and disappointed with her life. This does not excuse her gossipy behavior, but it does illustrate how drama and backbiting often is used to cover up more vulnerable emotions.

If you find yourself creating drama, dig a little deeper and investigate why it is you thrive on drama, then seek to fulfill yourself in a healthy way.

We all have our inner teenagers, those parts of our personality that haven’t quite matured yet. Let’s practice acting more like adult women than catty teenagers by being honest with ourselves about how we’re feeling, addressing problems directly, and treating others with respect and dignity. It’s time to retire the crown and stop being a drama queen for good. 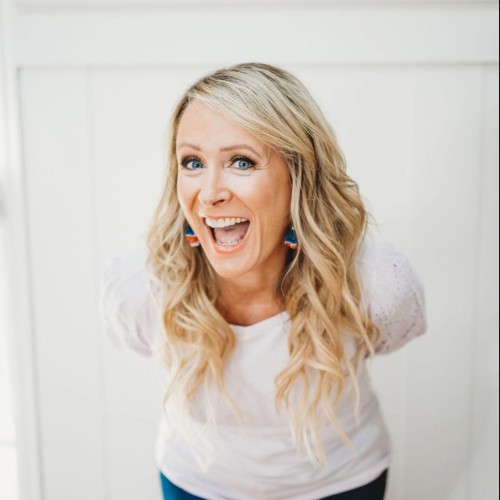