Different Types Of Miscarriage: What You Need To Know

There’s more than one type of miscarriage. 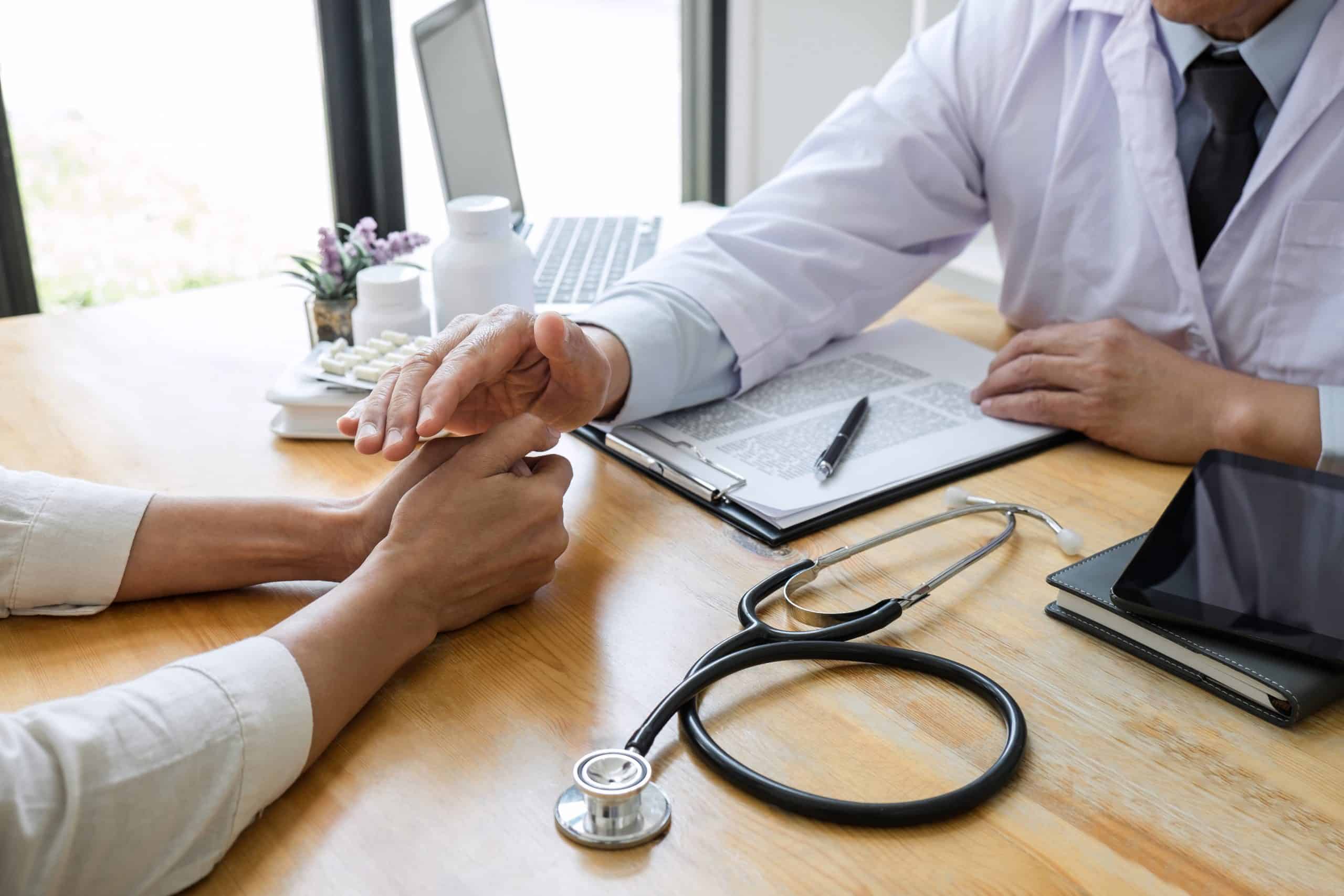 Miscarriage can be a deeply traumatizing event, and the subject itself is often considered taboo. It’s a heartbreaking topic, and it’s so difficult that many people don’t learn about miscarriage in high school biology or sex ed lessons. Because of this stigma and silence, many of us aren’t well educated about miscarriage, what it looks like, or why it happens. Ten to 25 percent of all clinically recognized pregnancies—pregnancies in which a woman and her doctor know she is pregnant—end in miscarriage. That’s why it’s so important to educate ourselves about miscarriage. In the unfortunate event that we, or a loved one, lose a pregnancy, that education can help us navigate the difficult experience and find help and support. Something few of us realize is that there are many different types of miscarriages. Miscarriage can occur for many different reasons, most of which are completely out of our hands, at different times throughout a pregnancy. To find out more, we spoke to OB-GYNs about miscarriage.

Miscarriages in the first trimester of pregnancy are unfortunately very common. The American College of Obstetrics and Gynecology reports that around 10 percent of recognized pregnancies end in first-trimester miscarriages. About 50 to 75 percent of these first-trimester pregnancy losses are chemical pregnancies, says Beth Davis, an OB-GYN at Baylor Obstetrics and Gynecology at Texas Children’s Pavilion for Women. “A chemical pregnancy is a miscarriage that occurs very shortly after implantation or around the fifth week of gestation,” Davis says. “The majority of the patients do not experience [linkbuilder id=”6467″ text=”pregnancy symptoms”] during a chemical pregnancy because the pregnancy hormone hCG [human chorionic gonadotropin] is in very low levels,” she says. Others might have a [linkbuilder id=”6470″ text=”positive pregnancy test”] but experience heavy bleeding and a negative pregnancy test soon after.

According to the American Pregnancy Association, a blighted ovum could account for about half of all miscarriages in the first trimester, making it another common form of early pregnancy loss. “Blighted ovum, also known as an anembryonic pregnancy, refers to a pregnancy with an empty gestational sac,” says Nichole Mahnert, an OB-GYN at Banner – University Medical Center Phoenix. “At some point, very early in the pregnancy, the embryo stopped developing,” she explains. Mahnert says that it’s believed that a blighted ovum is caused by a chromosomal abnormality, which prohibits the development of the embryo. Since one’s hCG levels will be high when they have a blighted ovum, they’ll probably receive a positive result on a pregnancy test. An ultrasound is thus necessary to confirm a blighted ovum.

Mahnert says that sometimes someone might experience miscarriage symptoms, like cramps or heavy bleeding, while some fetal tissue is still in the uterus. This is referred to as an incomplete miscarriage.

It’s possible to miscarry without experiencing any symptoms. A missed miscarriage occurs when there are no symptoms of miscarriage—such as cramps or bleeding—but a scan reveals that the fetus has no heartbeat, says Mahnert.

According to the National Institute of Child Health and Human Development, the term miscarriage technically refers to any pregnancy ending on its own before 20 weeks of gestation. After 20 weeks of gestation, a pregnancy loss is generally referred to as a stillbirth, although some people might refer to this as a miscarriage, too. The American Pregnancy Association notes that there are numerous causes for stillbirths and not all of these causes are understood. Possible causes could include problems with the placenta, infections, birth defects, or growth restriction.

Many people view abortion and miscarriage as two totally separate issues, with abortion being totally voluntary and miscarriage being totally involuntary. However, in some circumstances, people might choose to abort a fetus for medical reasons, even when they actually want to have a child. In the second and third trimester of pregnancy, a doctor might perform tests to find out whether the fetus has any chromosomal conditions. An example could be anencephaly, which is a condition in which a fetus is missing parts of the brain and skull. Most fetuses with anencephaly don’t survive birth, or the infant dies soon after birth. In circumstances like this—where the prognosis is bleak—one might decide to have an abortion to spare the baby and the mother pain. Technically, an abortion in a case like this is elective because the pregnant person could decide to keep the pregnancy. Elective abortions, even under these conditions, are controversial, as some might believe it’s best to let nature take its course. Others believe it’s more humane to have the abortion to reduce the suffering of everyone involved.

How can Rhesus factor complications cause a miscarriage?

Sometimes, miscarriages—complete, incomplete, or missed—can be caused by Rhesus factor complications. The Rhesus, or Rh, factor is what determines whether you have a negative blood type or a positive blood type. For example, B+ blood is Rhesus positive, whereas A– blood is Rhesus negative. If someone with a Rhesus negative blood type is pregnant with a Rhesus positive fetus, this could cause complications. This isn’t usually an issue during the first pregnancy, but after that point, one’s body might develop antibodies that turn against the fetus, Davis says. “If unrecognized, the fetus may go on to develop in-utero anemia,” she adds. Fortunately, this can be prevented with an injection of anti-D immune globulin or Rhogram, says Davis. This prevents your body from developing antibodies that attack the fetus. “It is important to [linkbuilder id=”6468″ text=”know your blood type”] if you experience a miscarriage to avoid your risk to subsequent pregnancies,” Davis says. “If you have a miscarriage and your blood type is negative, you should see your doctor.”

Do I need to see a doctor if I have an early miscarriage?

If you miscarry a pregnancy early in the first trimester (or you suspect you have), Mahnert advises you to check in with your doctor. While treatment isn’t always necessary after very early pregnancy losses, it can never hurt to have that confirmed by your OB-GYN. “If a woman has unexpected heavy bleeding and cramping after a confirmed pregnancy test it is always a good idea to check in with your OB-GYN,” Mahnert says. “If you experience heavy bleeding and other symptoms such as dizziness or faintness, you should be evaluated urgently.” “If you have a confirmed intrauterine pregnancy based on ultrasound and then suspect a miscarriage, you should be re-evaluated by your physician,” Davis adds. “While spotting can be common in the first trimester, particularly around the time of uterine implantation, any bleeding like a menstrual flow or severe abdominal pain warrants an examination.” If you miscarry 13 weeks or more into your pregnancy, you might need a dilation and curettage (often known as a D&C), which is a surgical procedure that removes all pregnancy tissue from the uterus.   Davis notes, “No clinical evaluation is typically required afterwards unless you experience more than three recurrent losses.” But if you’re trying to conceive and you’ve had even one miscarriage, Davis suggests making an appointment with your doctor to discuss your and your partner’s health.