"What The Health" credited this doctor's research with a fairly sensational claim. The only problem? They never bothered to tell him. 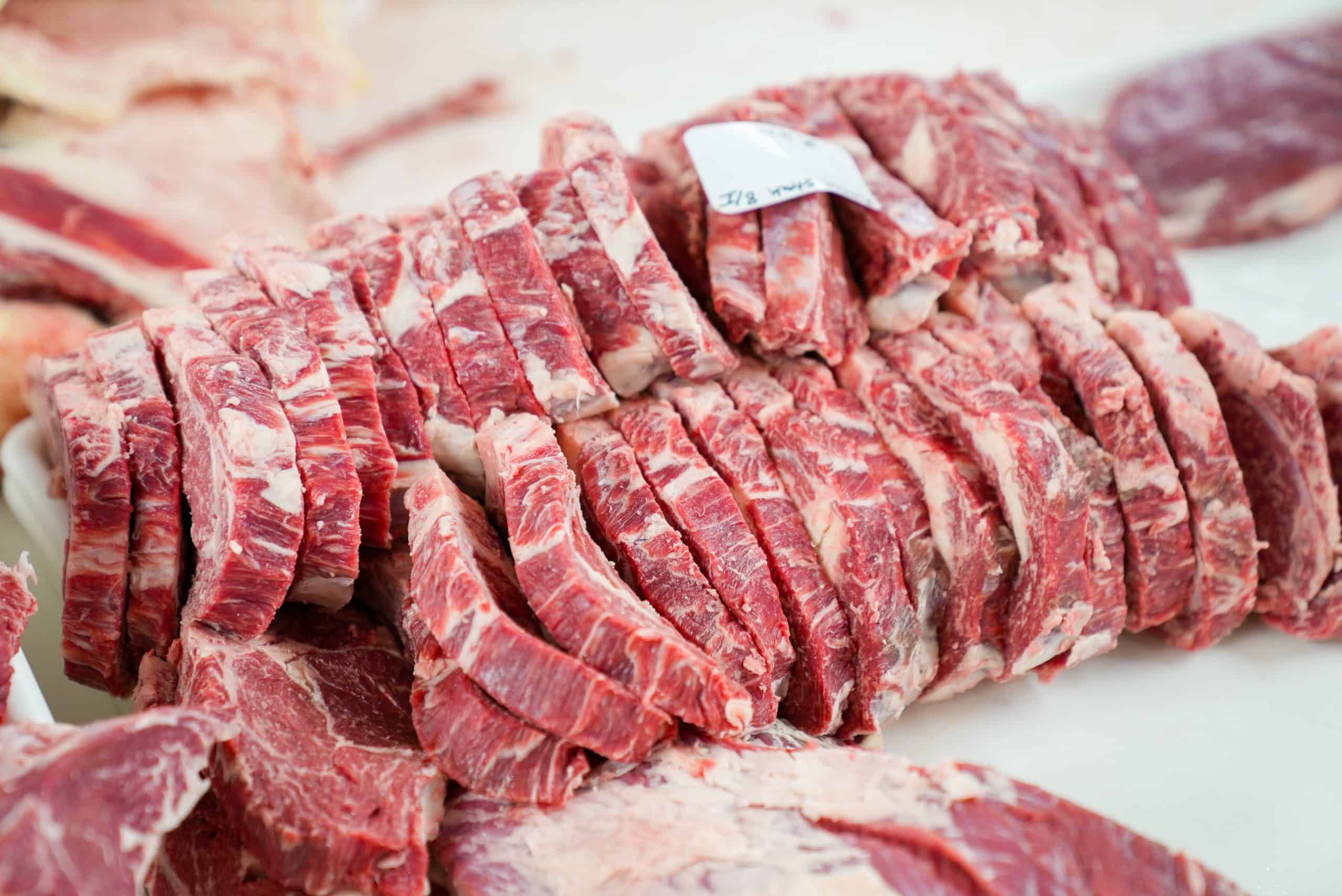 When your work is featured in a major documentary, you’d figure you’d at least get a phone call.

Dr. Clett Erridge was somewhat surprised to learn that his research was featured in What The Health, Netflix’s ultra-popular documentary on the dangers of eating meat. We know Erridge was surprised because, well, we were the ones who told him—nobody from the film had ever reached out. In 2011, Erridge, an honorary research fellow in cardiovascular diseases at the University of Leicester, authored a scientific paper called “The capacity of foodstuffs to induce innate immune activation of human monocytes in vitro is dependent on food content of stimulants of Toll-like receptors 2 and 4.” Not the snappiest title, but he wasn’t writing for Esquire, either. Published in the British Journal of Nutrition, the paper made the case that certain microbes present in certain foods—primarily meats and processed foods—could stimulate the human immune system, causing inflammation that could eventually increase a person’s chances of atherosclerosis (hardening of arteries) and other diseases. It was impressive research, but it didn’t exactly capture the public’s attention. It did, however, grab the eye of Michael Greger, MD, an adamantly vegan doctor who runs the website NutritionFacts.org. Greger posted a video drawing, in part, on Erridge’s research. The video was titled “Dead Meat Bacteria Endotoxemia.” Greger contacted Erridge to tell him about the video, but only after he’d produced it and posted it online. Erridge wasn’t too concerned; he was happy that someone was talking about the research.

Greger’s website is apparently where those at What The Health found out about Erridge’s work. They posted Greger’s video, and Erridge’s article, on their website’s fact-check page, giving a much more dramatic introduction: Within minutes of eating dead meat bacteria toxins, the body gets a burst of inflammation, stiffening or paralyzing the arteries. (For this story, we also reached out to A.U.M. Films & Media, the distributor for What The Health, to put us in touch with the filmmakers. While A.U.M. initially agreed to provide a statement, they changed their minds once we’d forwarded a few questions, noting that it “seems quite difficult for us to be able to participate in [the] piece at this time.”) But while What The Health made some exaggerated claims, the documentary might also have glossed over some extraordinarily important research. Erridge’s study is complex, but if replicated, it could help scientists limit cases of diabetes, atherosclerosis, and even obesity—without changing the way we eat.

While “dead meat bacteria” might be an excellent band name, it’s not much of a scientific descriptor. The toxins in question aren’t just on meat—and their “paralyzing” effect on arteries is significantly overstated, too. “There are some elements of truth in [What The Health’s claim] from a scientific perspective,” Erridge notes. “They’re right that bacteria produce these molecules, which our bodies see as foreign, and that when they’re ingested in a particular way, we can absorb them and trigger inflammation. But it’s very, very mild inflammation, and it doesn’t immediately paralyze your arteries.” In other words, at normal levels, those toxins won’t end a person’s life immediately (though Erridge did note that they might have that effect “if you injected somebody with huge quantities,” which he wouldn’t recommend). Exaggerated claims by filmmakers aside, Erridge’s research is still new and somewhat controversial among scientists. The prevailing opinion in the field has been that saturated fats or low-density lipoprotein cholesterols are what cause that “paralyzing” inflammation. For a time, Erridge believed those hypotheses, but his research led him to what What The Health would term “dead meat bacteria”—he calls them bugs. They aren’t literal bugs, but rather several strains of bacteria present on the surface of many foods. Those bacteria create pathogen-associated molecular patterns, or PAMPs, which may be the culprit behind the dangerous inflammation.

That discovery basically occurred by accident.

Erridge was considering whether the microbes already in our guts create the inflammation when he received what he thought was an incredibly stupid question. “As I was doing that work and developing new tools to look at the gut microbiota, a reviewer of one of my papers asked me, ‘How do you know these microbes weren’t coming from the food?’ And I thought at the time, ‘that was one of the stupidest questions ever.’” “But I thought, ‘I have to address this at some point, so I’ll just do a couple of experiments to show that it’s complete rubbish, and then I can move on.'” As he quickly learned, there are no stupid questions in science. “I did these experiments, which I thought were going to be complete duds. And it turns out that a lot of processed foods are full of just massive quantities of these molecules, which I did not expect at all.” Erridge thinks that those molecules might trigger an immune response in humans, and after he performed a few experiments, he published the unsnappilly-titled 2011 paper, which he now describes as “speculative.”

Here’s why this research has the potential to change the world.

We’re simplifying here, but Erridge essentially made the case that certain microbes on the surface of our foods release the PAMPs. The PAMPS then cause inflammation—our bodies see the molecules, which look like germs, and respond accordingly. In heavily processed foods, those microbes often grow into larger colonies, and in turn, PAMP levels rise.

That’s not all: The low-PAMP diet seemed to help people lose weight.

Erridge’s team wasn’t expecting that. They hadn’t set out to create a weight loss diet. “This was surprising, because we’d been asking the people to eat just as much food as they wanted to the whole way through [the study], and they weren’t complaining of being hungry,” Erridge says. “They’re eating just as much as they wanted, but they still lost weight.” If Erridge’s research is correct, it could explain why diets like the Mediterranean diet seem so heart-healthy: They forbid processed foods, so they’re naturally lower in PAMPs. But Erridge also noted that dietary studies are notoriously difficult, since researchers have trouble accounting for all the factors that inevitably affect the results. He was careful to note that, while he’s confident in his research, he welcomes criticism of his methods. If he’s right, his work could change the way we eat. By ridding foods of PAMPs, we might be able to eliminate the moderate inflammation we get from eating certain foods. That could lower rates of heart disease, diabetes, and obesity worldwide, and it wouldn’t require any large-scale dietary changes.

We’ve got a ways to go before that’s a reality, but it’s exciting work.

Erridge’s research needs to be replicated, and he’s currently working on additional research that might provide more insight. Nothing is concrete yet, so stating the “dead meat bacteria toxins” cause a “burst” of “paralyzing” inflammation is pretty dramatic. Scientists prefer to use more measured terms when describing their work, since hypotheses are subject to continual reevaluation and change. That’s really one of the key takeaways here: These studies might save millions of lives, but they also might fizzle out with the next round of research. While Erridge is a respected authority in his field, he doesn’t pretend to have all of the answers, and he seemed genuinely delighted at the idea that he might be proven wrong. That’s really how innovations like these start: You’ve got to be willing to ask stupid questions, and you’ve got to be willing to change course when you don’t get the results you’re expecting. Oh, and you might discover that chocolate is secretly evil. That revelation didn’t go over so well with Erridge’s team—or with the doctor himself. “I do still eat chocolate,” Erridge admits. “[My diet] probably hasn’t changed as much as it should.”