12 Common Symptoms Of Depression That Shouldn’t Be Ignored

Are you feeling like something's just not right? Are you having trouble doing the things that you normally love to do? These could be signs that you are depressed. 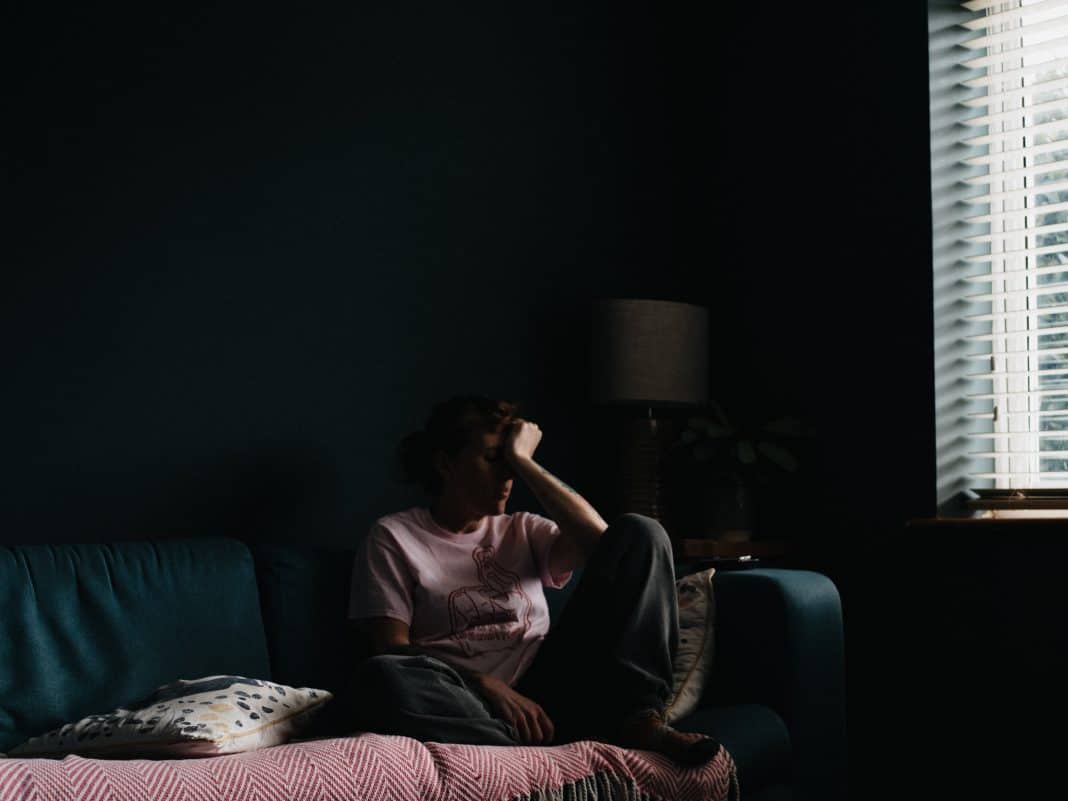 Most people associate depression with an overwhelming feeling of sadness or loss of interest in everyday activities. But depression can be so much more than just that. Depression affects more than 15 million Americans every year and is the leading cause of disability in the U.S. for people ages 15 to 45. The median onset of depression is typically 32 years, and it occurs more often in women than in men. Even though depression is a very treatable mental illness, 80 percent of people don’t receive any treatment. Compounding the problem is that depression doesn’t present itself in the same ways in all people. Many people often miss the signs because theirs don’t seem typical. Do you or someone you love feel sadness and that something’s just “not right”? Here are some of the most common symptoms of depression.

Executive function is the voice inside your head that gives you the motivation to do daily tasks and concentrate on making decisions. People who are depressed often exhibit signs of executive dysfunction. It’s overwhelming for them to plan, initiate, or complete tasks. They find it incredibly hard to do even the most basic activities of daily living, such as taking out the garbage, washing the dishes, talking on the phone, or paying bills. If you’re noticing things beginning to pile up, this may be a sign that you’re experiencing depression.

Everyone and everything annoys you.

Are you on edge lately? Is everyone annoying you, from the bank teller to your wife to the clerk at the checkout counter? Do you fly off the handle uncharacteristically quickly? Irritability is one of the lesser known symptoms of depression, but it’s a textbook one that can typically characterized as “quick to anger, quick to tears.”

You sleep too little or too much.

Some people sleep too little when they’re depressed, and others sleep too much. Sleep disturbance is a classic sign of depression, and the key to recognizing it is to notice the change in your personal sleeping patterns. If you normally sleep well through the night, but you notice that you’re often waking up and unable to get back to sleep, you may be depressed. If you normally require less sleep and you find yourself sleeping for longer periods of time, having trouble getting out of bed, or still feeling exhausted after you’ve had a full night’s sleep, this is also a red flag.

Many people overeat if they’re sad or stressed. But people with severe depression often have no interest in food or their health. They may use carbs and fats for a short period to relieve stress, but ultimately anhedonia makes food less appealing, and executive dysfunction makes it hard to plan and get the motivation to go shopping.

You don’t care that you look messy.

When you’re depressed, self care is often pretty low on the list. Typically anhedonia, executive dysfunction, and isolation all combine to create a person who just doesn’t feel like cleaning up. Have you forgotten to take a shower for days on end? Have you resorted to keeping the same clothes on, not caring how they look or smell? Can you remember the last time that you brushed your hair? Take a look in the mirror. Rebelling against society and its image obsession is one thing, but foregoing all hygiene is a sign something is wrong.

Social isolation is a clear sign of depression, especially if it’s exhibited by someone who used to be outgoing and had a lot of vigor. Even though someone who is depressed often wants to hide from everyone, it’s the last thing that they need—because “isolation breeds depression, and depression deepens isolation.” If you notice yourself or a friend suddenly becoming MIA from the world, it’s time to take a deeper look at what might be going on.

When people are bored or blue, they usually turn to doing things that they enjoy or to spending time with people they love. People with depression avoid them. The joy and life gets sucked out of everything, and they lack the motivation or ability to get excited. Anhedonia is the inability to feel pleasure, and people with depression often exhibit this. It makes it hard for them to focus on everyday tasks.

You’re beating yourself up.

Temporary, pessimistic thoughts can go through any healthy person’s mind from time to time. But when they dictate the mood of an entire day it should send up a red flag that depression may to be blame. Normally confident and optimistic people who turn negative and have self-defeating attitudes may be experiencing depression.

You’re forgetful or have trouble concentrating.

Are you having trouble remembering even the smallest things? Do you regularly lose your keys? Do you often forget to call people back? Do you not remember if you’ve been to the bank? Are you also having trouble focusing? Does composing an email or a simple grocery list cause you to feel overwhelmed? If you answer yes to more than one of these, this may be a sign that you are depressed.

You want to be upset, you want to be happy, you want to be surprised…you want to feel something, but somehow you are unable to. Feeling numb is an often overlooked—but very real—sign of depression. It gets ignored because people frequently associate depression with feelings of loss and sadness, not apathy. But many depressed people describe a feeling of emptiness and not being able to be intimate with loved ones or affectionate with children or grandchildren.

You think about dying.

If you or someone that you know starts talking (or obsessing) about death and morose topics, it should signal that something is very wrong. If they start talking in terms of “after they’ve passed” or fixate on how others die, it’s time to worry. Someone who talks like this may have thoughts of suicide or dying. Experts divide suicide into two categories: active and passive. In active suicidal thoughts, people think of dying and have a plan. This is the most worrisome, and a healthcare professional or 911 should be called immediately. In passive suicidal thoughts, a person just thinks about the process of dying and perhaps wishes it would happen to them. Common examples are hoping to die in your sleep and never wake up or wishing you would get hit by a bus on the way to work. If you notice that someone is participating in risky behavior, it may be a sign that he or she doesn’t care anymore and needs help.