Think you’re in labor? Here’s how to tell the difference between Braxton Hicks and real contractions. 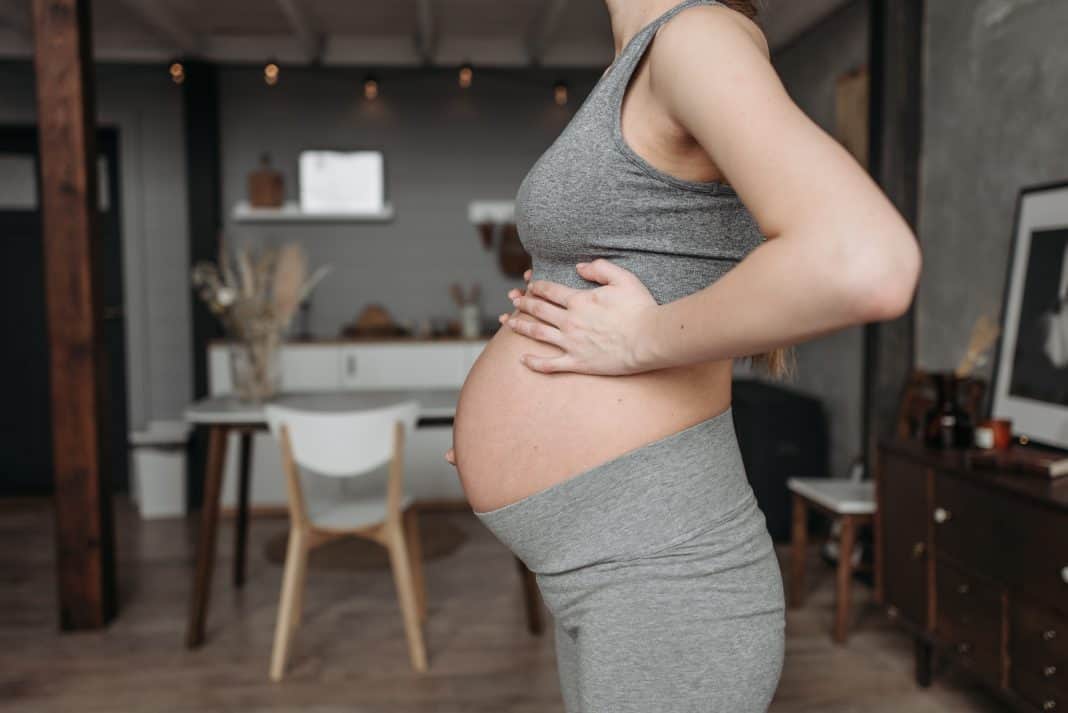 Pregnancy is hard. Another person is literally growing inside of you, pregnancy hormones have your body and emotions all over the place, and you know your feet are still attached to your legs even though you haven’t seen them in weeks. As if that’s not enough, Mother Nature decided to throw in a curve ball with Braxton Hicks contractions. Braxton Hicks, put shortly, are your body’s way of warming up for labor. But how do you know if you’re experiencing real contractions or the practice variety? We spoke to OB-GYNs Janelle Cooper, MD, at Baltimore’s Mercy Medical Center and Chase White, MD, at the Department of Obstetrics and Gynecology at Einstein Medical Center in Philadelphia, to find out everything you need to know about Braxton Hicks contractions.

What are Braxton Hicks contractions?

In addition, Braxton Hicks may actually help prep the uterus for labor.

“Braxton Hicks contractions may be a part of the process of remodeling the uterus in preparation for labor,” White explains. “Later in the third trimester, the irregular contractions that many women experience are not only the classic disorganized ‘Braxton Hicks’ contractions, but are actually normal, effective contractions. They occur infrequently at first, becoming more frequent as the pregnancy progresses. They start the process of cervical shortening, softening, and opening that ultimately results in active labor and then birth.”

Some women describe Braxton Hicks contractions as feeling sort of like your abdomen suddenly tightens all over: not exactly painful, but not all that comfortable either. Others describe it more as a cramping sensation. And according to Cooper, some of her patients have said Braxton Hicks contractions feel like “[the] baby is balling up tightly and then releasing the position.”

How will I know the difference between Braxton Hicks and real contractions?

On the other hand, real contractions are pretty much the opposite of Braxton Hicks. Real contractions can be regularly timed, increase with intensity, and are most definitely painful as they progress. Every woman is different, of course, but most women (myself included!) report real contractions to feel like the worst period cramps of your life rather than an abdominal tightening sensation.

“Certain factors, like not drinking enough water throughout the day, or abdominal trauma as in a car accident, can trigger Braxton Hicks,” says Cooper. In addition, Braxton Hicks can be triggered by overexertion and even orgasm! Before you throw your bag in the car and rush to the hospital, though, there are a couple of tricks you can try to test whether you’re experiencing Braxton Hicks contractions or the real deal.

Let’s recap: Typically, Braxton Hicks contractions are fairly painless, irregular, and can often be alleviated by drinking a glass of water or resting. But sometimes—especially as you near your due date—Braxton Hicks can mimic real contractions pretty darn well, which is known as false labor.

“The onset of preterm labor can be subtle, and it is sometimes impossible to distinguish between normal uterine irritability, like Braxton Hicks, and true preterm labor without a physical exam or other tests.

” —Chase White, MD
During false labor, your contractions may come more quickly, are more painful, and may even increase in intensity. White says the difference is that false labor can actually contribute to cervical ripening and dilation, which could lead to preterm labor. “If you are still preterm (before 37 weeks) but the contractions are coming frequently (I use 4 or more contractions per hour as my threshold), it is essential that you speak to your OB-GYN and come in to be evaluated,” White cautions. “The onset of preterm labor can be subtle, and it is sometimes impossible to distinguish between normal uterine irritability, like Braxton Hicks, and true preterm labor without a physical exam or other tests.” To determine whether you’re really in labor, your doctor will probably recommend that you bypass the office and head straight to the hospital. Once you’re there, you’ll get hooked up to a fetal monitor to check on baby, and you’ll probably have a cervical check to see if you’re dilated. White prefers to think of these kinds of contractions as “early labor” when it occurs at term. He continues, “These regular contractions are not the disorganized uterine contractions that classically we call ‘Braxton Hicks.’ Rather, they are part of the preparation for active labor.  While they will sometimes abate on their own, sometimes they will become progressively more frequent and then transition into active labor.”

I get Braxton Hicks every time I exercise. Should I stop working out?

“Exercise is great in pregnancy, but if you’re in pain, or having Braxton Hicks, you may want to stop at that time and consider a decrease in the intensity or length of your workouts going forward.”

Are you sure Braxton Hicks contractions don’t lead to labor?

I know Braxton Hicks are supposed to be painless, but can they cause pelvic pain and cramping?

“Generally, they are painless. But they can be painful and may cause any discomforts of pregnancy (back pain, hip pain, vaginal pain or pressure) to amplify, resulting in additional pelvic pain and possibly cramping.”

Can you please tell my partner that frequent back rubs are proven to alleviate Braxton Hicks?

“Back rubs (or foot rubs) from a partner help to calm and soothe overall and may distract from the contractions, so I’d recommend trying it!”