Beauty Parlor Stroke Is Real: Should We Be Worried?

A woman went to have her hair done and ended up with lasting medical problems. What happened, and, more to the point, do we need to be concerned for ourselves? 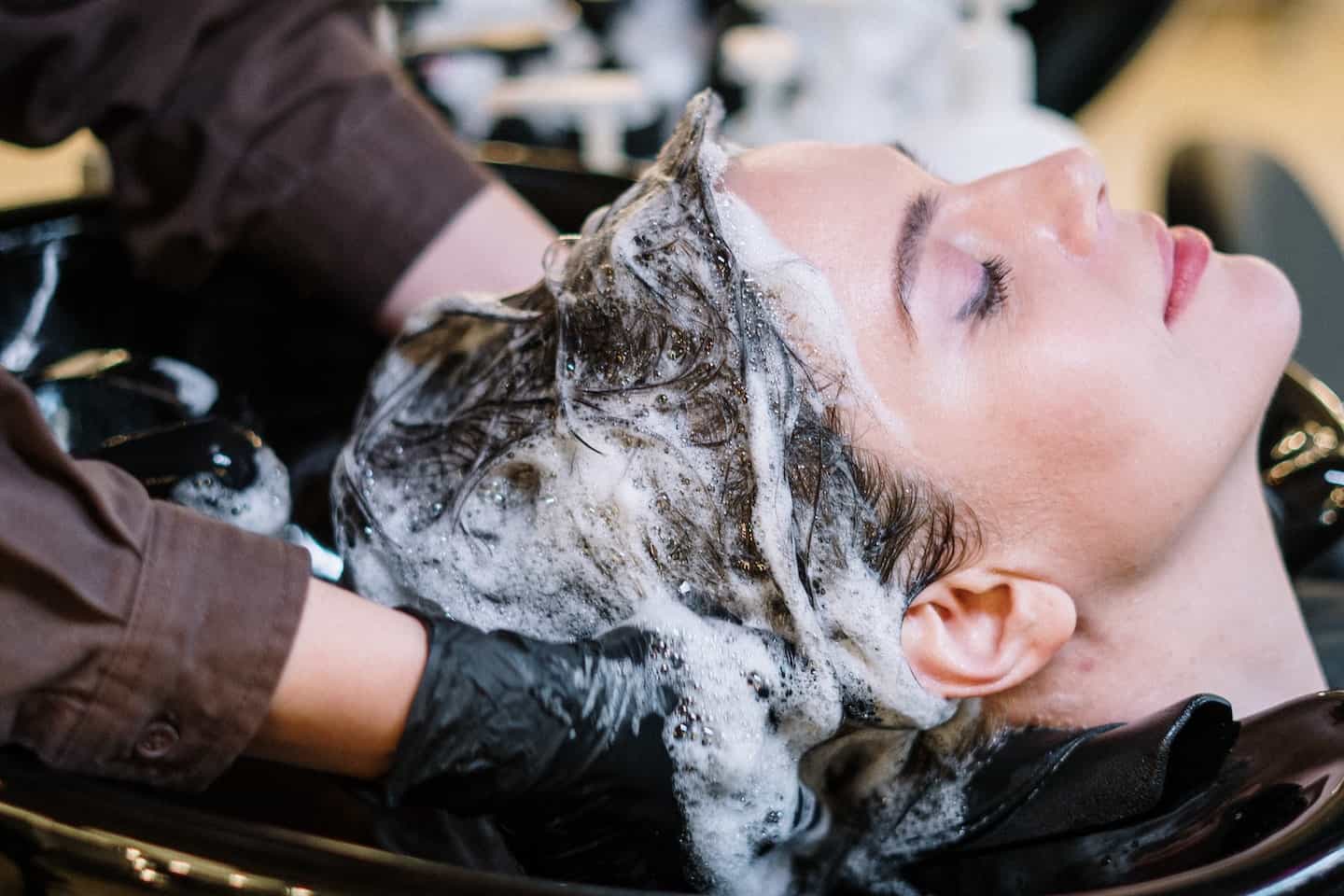 A simple trip to the salon can turn suddenly tragic. It happened to Elizabeth Smith.

How could that happen to me?

When Smith, 49, checked in at the Blowbunny: Blow Dry & Hair Extension Bar in San Diego in December 2013, she didn’t expect to leave with anything more serious than some extra luster and body in her hair. Instead, she alleges, she went home with an invisible injury that would eventually lead to a serious health condition: ischemic stroke, in which blood supply to the brain is cut off. Brain cells can only live for a few minutes without life-giving oxygen, so strokes are extremely dangerous. But what about a trip to the salon could possibly lead to such dire outcomes? Well, if you’ve visited a beauty salon, you know that most trips include a luxurious shampooing. This can be the most relaxing part of the experience: Your beautician tilts your head back into a deep sink to massage expensive-smelling unguents into your scalp. Then they rinse with deliciously hot water. It’s like a dream.

For Smith, though, that dream quickly turned into a nightmare.

A few days after her appointment, she noticed something strange. Her arms and legs felt somehow off, weaker and less responsive than usual. These alarming symptoms disappeared just as quickly as they’d arrived and Smith put them out of her mind. Fast forward about a week. As if out of nowhere, Smith suffered a massive stroke. “Initially, I couldn’t walk at all. It hit both sides of my body but more my left. I couldn’t move my left arm at all,” Smith told CBS Los Angeles. “It was just utter disbelief. How could that happen to me?” The mother of two is still dealing with complications from that event. Four years later, Smith has difficulty walking, loss of motor skills, dizziness, and impaired vision. Even worse, Smith still has a blood clot in her brain, she said. At any moment, the clot could dislodge, travel through her blood vessels, block the flow of blood to a certain region of her brain, and even take her life. Smith traces the entire medical disaster back to that fateful day at the salon. More precisely, she traces it back to the sink and the shampoo job. Smith is suing Blowbunny for damages and to help cover the cost of her medical bills.

While the type of stroke Smith had isn’t rare (ischemic strokes account for 87 percent all of stroke cases), the way in which it occurred is incredibly uncommon—but not at all unheard of. Budding neurologists are familiar with the link between beauty salons and strokes. In fact, the condition is familiar enough in medical circles to be given its own name: beauty parlor stroke syndrome.

No one really knows what the mechanism is. But hyperextension or injury are the causes given by the medical dogma.

The terrifying condition arises when visitors to the salon lean their heads back into the wash basin for the shampoo. If they tilt their heads too far, they can hyperextend the neck—and that can lead to a horrifying injury that victims might not notice until it’s too late. Vascular surgeon Charles Dinerstein explains that this type of stroke “is a result of an injury to the vertebral artery in which a portion of the three-layered wall become partially detached forming a flap. The flap is pushed by the blood flow against the opposite wall (like a valve) and cause[s] blood flow to stop. “This is termed a dissection because of the separation of the artery wall. In other instances, the injury to the inner lining of the artery provides an area for a small clot to form which then travels further downstream into the brain,” he tells HealthyWay. “These vessels supply the back of the brain so that symptoms of a stroke are not the classic problems with speech or movement of one side or another,” Dinerstein says. “It can impact balance and coordination primarily, speech in making it confusing or garbled, and coordination.” These symptoms would be tragically familiar to Smith and the women who, like her, have experienced strokes following trips to the salon. And as if dizziness and balance problems weren’t enough, there’s always the possibility of clots remaining in the brain, as in Smith’s case. However, before you swear off a shampoo at the salon entirely, be aware that there are usually factors well beyond hyperextension of the neck at play when someone experiences a stroke after visiting the salon, Dinerstein tells us. The surgeon explains that, while the assumed mechanism of the stroke is hyperextension of the neck, “you would have to be bending the neck back a lot” to cause the injury that leads to stroke. The more likely scenario is “a combination of some weakness of the wall along with hyperextension. No one really knows what the mechanism is. But hyperextension or injury are the causes given by the medical dogma,” Dinerstein says.

Examining the factors that lead to stroke—beyond beauty parlor visits.

It’s not just beauty parlor stroke you should be aware of. It’s important to be know the things that increase your chances of having a stroke of any kind. Remember that, if you’re at risk for a having a stroke, your visit to the salon is probably not going to be the deciding factor. We’re not sure if this is comforting or just makes things worse, but the risk factors for stroke go way beyond salon visits. Many common health problems increase your risk of having a stroke. And they are cumulative. That is, the more risk factors you have, the greater your chance of having a stroke becomes. High blood pressure is the biggest contributing factor for most strokes. Luckily, it’s also one of the more controllable medical issues in the diagnostic guides. Having regular checkups, changing your diet, quitting smoking, or taking prescribed medication can all help keep your blood pressure under control. Heck, why not try all of them? Diabetes, obesity, and heart disease are also major risk factors for stroke. Again, patients can usually control these things through lifestyle changes and/or medication. But there are also plenty of things that raise your risk of stroke that you can’t control at all, like ethnicity, sex, and age. Black, Alaskan Native, and Native American adults are at a higher risk of stroke than those who are Asian American, white, or Hispanic. Younger men are more likely to suffer from strokes, but women are more likely to die from having one. Over ethnicity and sex, though, age is the great equalizer when it comes to stroke: The older you grow, the higher your chances of stroke tend to become.

If you have one or many of these risk factors, it’s important to know the signs and symptoms of a stroke.

Since stroke victims are racing against the clock to restore blood supply before their brain cells start dying, time is of the essence. Immediate medical attention is crucial, so watch out for the most common symptoms of the health event.

The American Stroke Association has a great acronym for recognizing these symptoms: FAST (F: face drooping, A: arm weakness, S: speech difficulty, T: time to call 9-1-1). If you or a loved one begins showing any of these signs, “you should seek medical attention in an emergency room immediately,” says Dinerstein. “The statement for strokes is that ‘time is brain tissue’, so the sooner it can be diagnosed the sooner measures can be taken to protect the brain and reverse injury.”

So should you be worried about beauty parlor stroke syndrome in particular?

It is exceedingly rare.

Yes, there are multiple reported cases of beauty parlor stroke, but it’s not something you should lose sleep over, not even if you’re a frequent salon customer, the surgeon says. “It is exceedingly rare,” he explains. “The estimated incidence of [beauty parlor stroke syndrome is] 1 to 1.5 [out of] 100,000 people, or 0.000015 percent. Or to put another way, you are 20 times more likely to be struck by lightning than experience this injury,” says Dinerstein. Again, we’re not sure this is any comfort, but plenty of everyday activities and movements might cause you to have an ischemic stroke. That’s why it’s difficult to have a 100 percent positive diagnosis that a stroke was caused by a trip to the salon. It’s a little scary, but we can do some serious damage to our bodies without even trying. Playing sports, holding a cell phone between your shoulder and ear, whiplash, or even sneezing wrong can create an arterial tear. If you want to reduce your risk to zero, you’d probably have to stop moving entirely. Because beauty parlor stroke specifically is so rare, then, there’s nothing you need to do to prevent it from happening to you. There are other common and more dangerous activities people participate in on a daily basis. For instance, it appears that chiropractors are responsible for many more of these injuries than hairdressers. Dinerstein tells HealthyWay that neck injuries from chiropractic work are much more common than beauty parlor stroke syndrome, and can also have serious consequences. “There is a larger literature on injuries to the vertebral artery due to chiropractic manipulation so that significant hyperextension of the neck and manipulation should be avoided,” Dinerstein says. The point is that, yes, beauty parlor stroke can happen. But the chances are so slim that you probably shouldn’t let it keep you out of the salon when you really want a nice blowout.